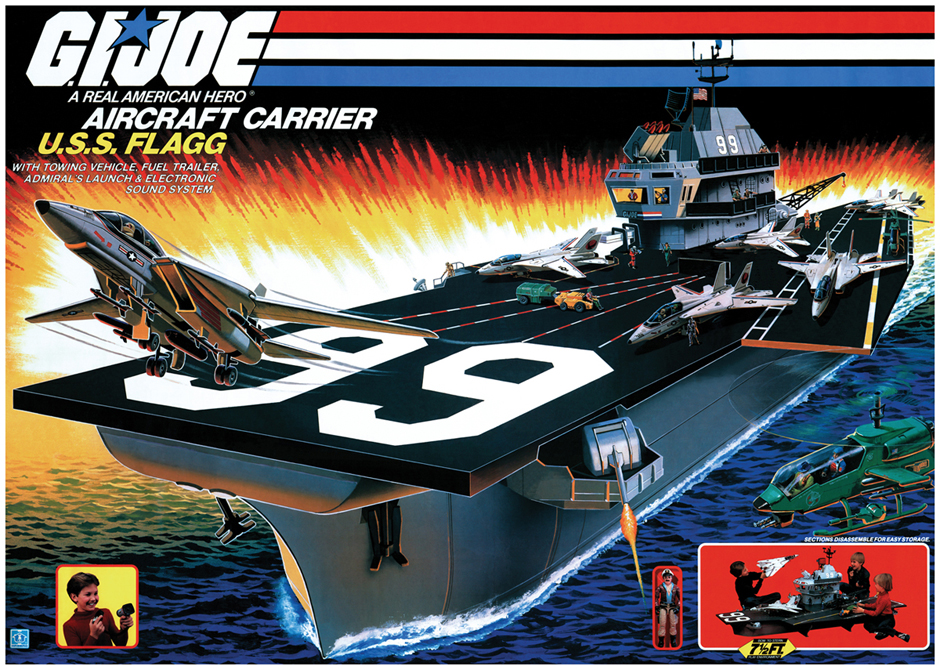 It’s the 5 year anniversary of 3DJoes! Can you believe it? On behalf of all of us here at HISSTANK, we’d like to congratulate Carson on this milestone and thank him for all of the hard work he’s put in to archiving the rich history of G.I.Joe. Now, if you know Carson, you know that no celebration would be complete without something awesome to give back to the Community. To celebrate, 3DJoes is rolling out $5 posters!

To celebrate 3DJoes’ 5th birthday, all 24″x36″ 3DJoes posters are just $5 from now through August 31st! All 3DJoes posters are shipped via USPS Priority mail domestically and USPS First Class internationally. First, select the appropriate shipping by selecting “Add to Cart.” Then, load up on as many posters as you’d like! Finally, hit “Checkout” in thetop right corner under “Cart.”

They’ve never had a sale like this, and they’re not likely to do it again. So load up while you can, they won’t last forever. Go get’em while they last! 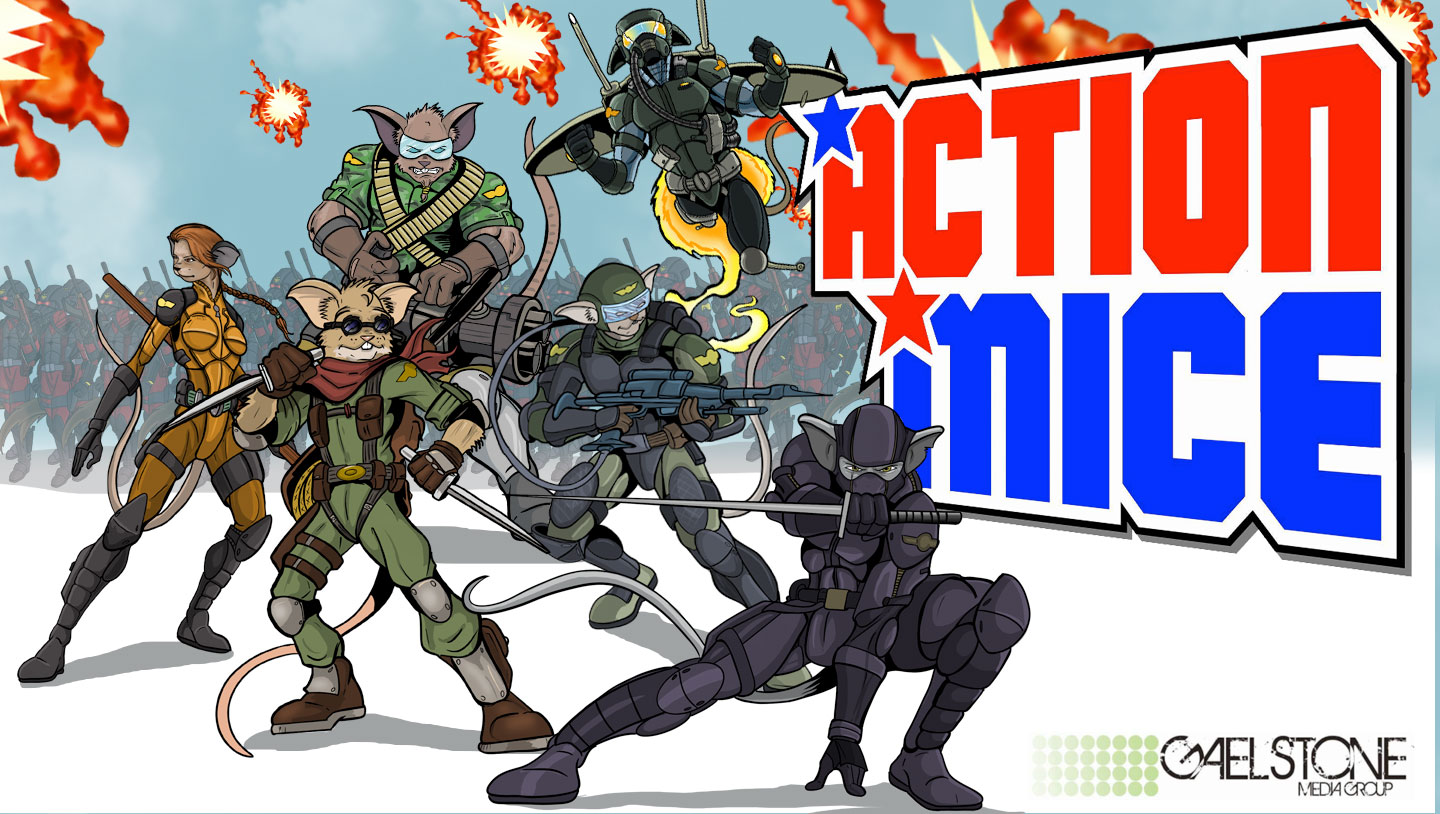 The Gaelstone Media Group is a name that you’re going to become quite familiar with in the near future. Not only has GMG been tapped by our friends at Zica Toys to bring us a 6 issue story arc of Sectraurs named Legacy of the Sectaurs.

That’s not all GMG has up their sleeve! There’s another project coming our way that is sure to please us Modern Army Action Figure fans. That project? ACTION MICE!

The story of Action Mice pits the heroic Mice against the evil Baron Ironweasel and his Iron Weasels! The Action Mice team includes –

The enemy ranks of the Iron Weasels includes –

There’s even MORE awesome coming our way via this new venture, but that’ll be kept in the BARN for now. We’ve collected a sample of images and bios for you to check out after the break. 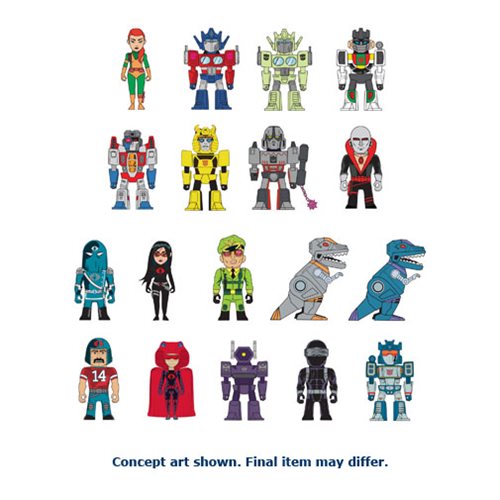 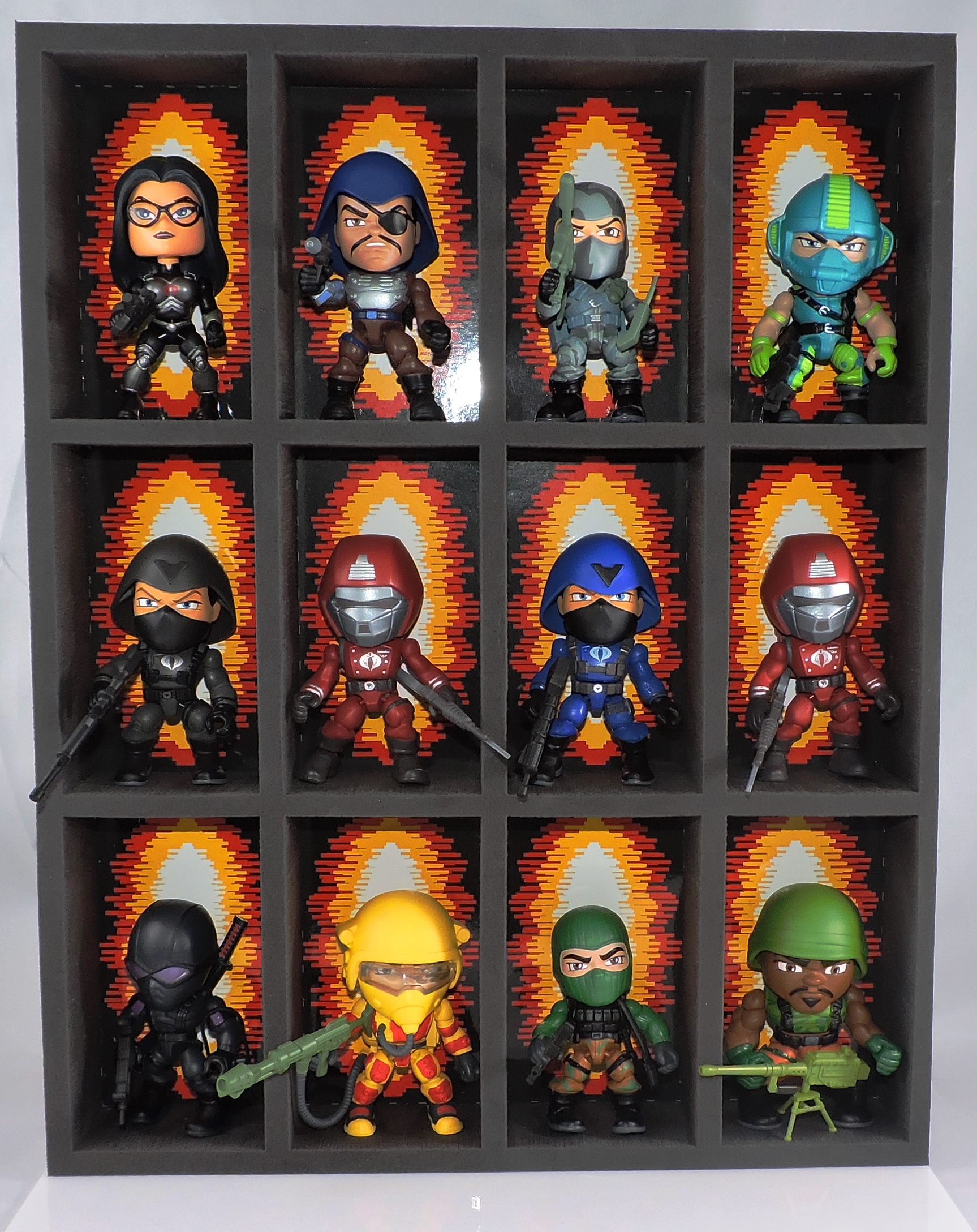 I’ve finally had some time to sit down and sink my teeth in to the Action Figure Foam Archival Trays from Toy Gear. The 4 inch Figure sized Trays have been specifically designed to fit most modern and vintage action figures and provide a neutral, padded, organized long term storage solution. They also make for a great way to display your figures with an acrylic stand or mounted directly to a wall.

The Toy-Gear website gives you an option to pick up card stock inserts and folks, they’re well worth it. These semi-gloss quality card stock inserts are professionally printed and designed specifically for the foam archival trays. They add a custom flair to your tray display and are really eye catching in person! Simply cut and insert.

I’ve shared a few images showing the height & depth of the trays, along with different scale action figures to give you a better idea of how your collection will look once you add these to your collection. Join us after the break to check them out! 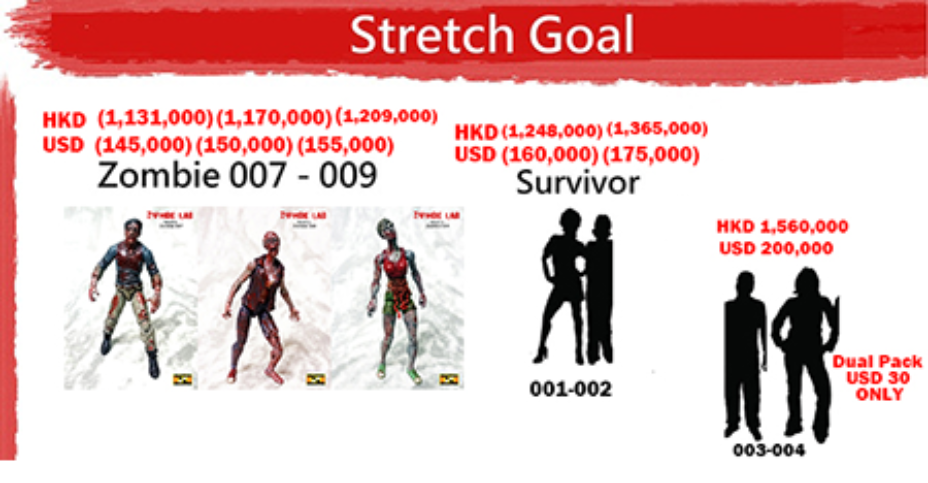 All wave 5 unlocked and “Speed Up Fund” intensive offer:

We adjusted the distance of next 4 stretch goal which means we can unlock those 3 zombies and 1 survivor quickly. And we add on an intensive dual pack for hitting USD 200,000. All parties will get benefits.

Wave 6 story is updated, then you may know why there are many zombies and survivors in wave 6 …

END_OF_DOCUMENT_TOKEN_TO_BE_REPLACED 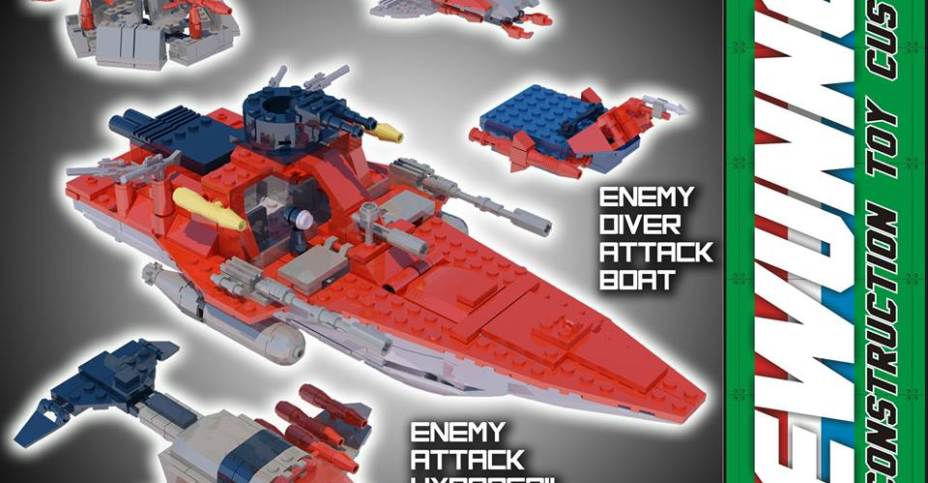 Geewunner stopped by to share word of a new set of custom Lego G.I.Joe offerings coming our way this August – The Cobra Sea Serpents!

From the looks of the silhouette, collectors will be treated to the following awesomeness:

But that’s not all! You can also earn free stuff from G1er; He’s launched five new categories at the store, chock full of free sets that can be triggered by placing an order of certain amounts. The more you buy, the more you get! Level 1 consists of sets that you can earn by placing an order – prior to shipping or any fees – of at least $100. Level 2 triggers at $150, Level 3 at $200, Level 4 at $250, and Level 5 at $300. While many of the sets offered at lower levels are some of our smaller and more original concept sets, each level ramps up the juiciness of the size and canonicity (is that a word, or a Police album?!?). At the time of this promotion’s launch, Geewunner has thirty-five (35!) sets available as free add-ons. Check ’em out!

Are you planning on adding any or all of the Sea Serpents to your collection? Sound off after the break!

There’s a week to go for the Modern Army Action Figures, G.I. Joe Newspaper Ad 1982-1989 Kickstarter Campaign from our friends at Battlegrip.

Modern Army Action Figures is an 80-page, 9-inch wide by 6-inch tall full-color hardcover book that collects and comments on G.I. Joe newspaper ads of the eighties. This is similar in style to two of Philip‘s other books — Collect These Figures and Accessories and A Galaxy of Action Figure Savings — in that the B&W ads are joined by toy photos, color catalog images, and appropriate comic panels and commercial screenshots, all in an attempt to spark memories of when A Real American Hero was new in stores.

You can get in on the campaign here: Modern Army Action Figures, G.I. Joe Newspaper Ad 1982-1989 Kickstarter Campaign

Will you be contributing? Sound off after the break! 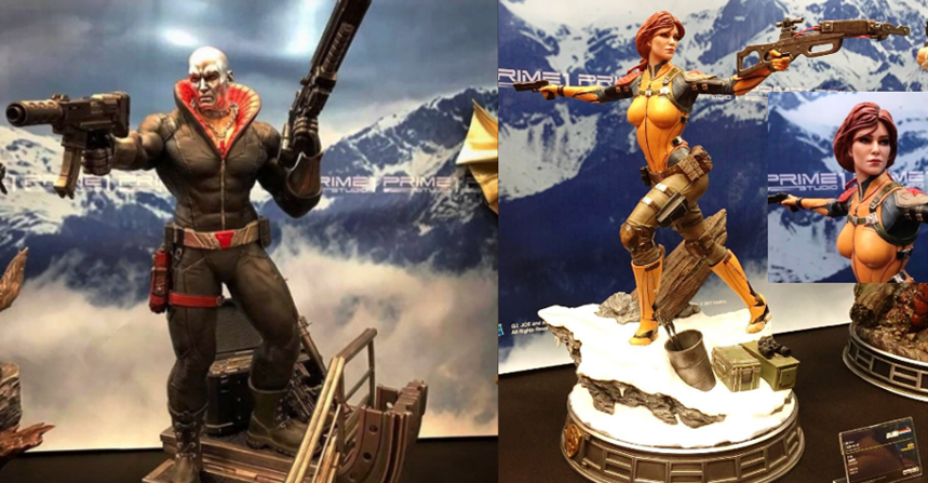 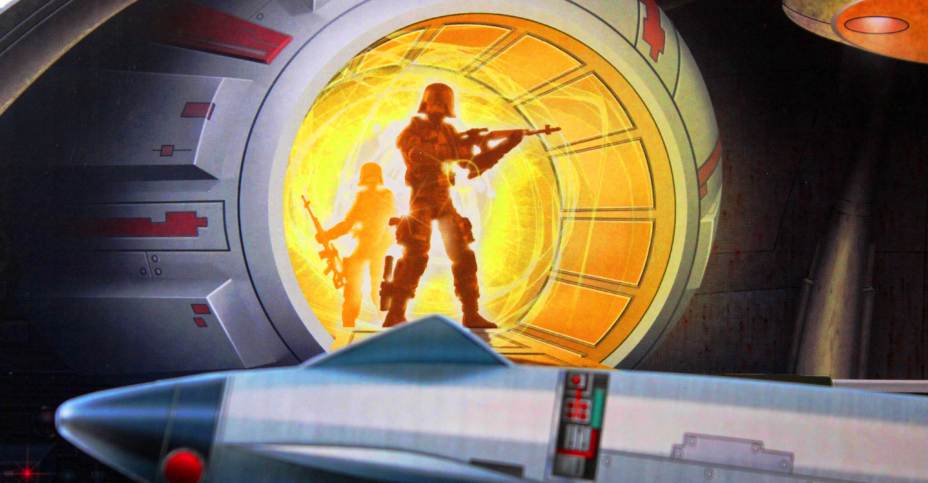 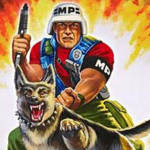 Rise & Shine! Grab a cup of Joe, get comfy and tune in for a special A.M. edition of Just Another G.I.Joe Show! At 10:30 AM EST, join Mike, Fred and Rick as they sit down for a special early morning Q&A session with Mr. Kirk Bozigian! If you’re unfamiliar with Mr. Bozigian, Kirk was the product Manager for G.I.Joe from 82-84. Carson has put a fantastic reference page on Kirk together that you can check out on 3D Joes. Make sure to tune in below!