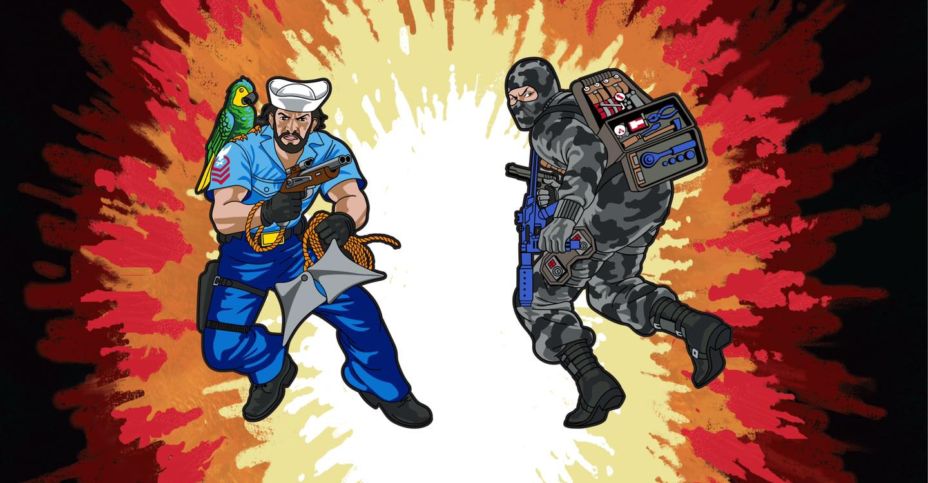 G.I. Joe SDCC 2021 Reveal! Icon Heroes presents the Exclusive G.I. Joe Shipwreck X Firefly Retro Pin Set! Based on the vintage action figure card back art, each limited edition hard enamel pin is individually numbered and packaged on a retro-style 6″ x 9″ card back. The pins and card back are packaged inside a clamshell box to keep them safe and secure when not in use. Collect them all! Yo Joe! Available for preorder at iconheroes.com on Monday, July 19 at 10a PST. 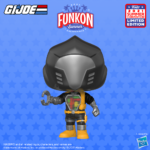 Funko has just announced a new G.I. Joe Summer Convention Exclusive the Cobra B.A.T. No word included on how to obtain this Battle Android Troopers but stay tuned for more information.

END_OF_DOCUMENT_TOKEN_TO_BE_REPLACED

While not a true G.I. Joe Classified figure Forbes is reporting that SGT. Slaughter will be a SDCC 2021 exclusive in a very familiar form to G.I. joe fans!

“The figure, modeled after the former WWE champion and 2004 WWE Hall of Fame inductee, comes with an extra head and authentic entrance gear in impressive special-collectors packaging. In addition to the figure’s TrueFX life-like detailing, its visually appealing box features artwork of a vintage WWE ring and fans brandishing signs in honor of Slaughter’s popular catchphrases such as “I’m a Maggot,” “Aten-Hut,” “U.S.A.” and—of course—”That’s an Order!” 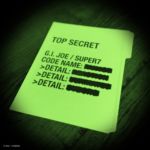 Super7 has updated their facebook page with Super7 “Knowing Is Half The Battle and on July 15th you’ll know” and this teaser images that shows potential spoilers?

What could this be? let us know after the jump…

Boss Fight Studio has dropped new preorders for their upcoming Vitruvian H.A.C.K.S. Character Builder Skeleton Kits and a planned restock of their Skeleton blanks. These come in White, Red and Grey! You can preorder those from Boss Fight Studio directly or from Hisstank Sponsor Big Bad Toy Store.

Check out more images of the Boss Fight Skeletons after the jump.

Congratulations to the Crew over at Marauder Task Force for reaching their Kickstart goal in less then one day! 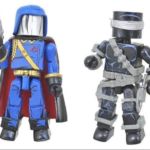 Exciting news is the flavor of the day for Dime Novel Legends here are the Chicken Fried Toys shop. After lengthy meetings with a longtime friend, and some serious and not-so-serious discussion (and 5 dozen eggs, don’t ask!) we would like to announce an addition to our celebrity actors lineup: The GREAT Peter Mayhew!

Now, for anyone who has lived under a rock for the last 40 years, Peter was famous for his role as Chewbacca in the Star Wars franchises, as the Minoton in Sinbad and the Eye of the Tiger, as well as being a mainstay on the convention circuit. What most folks may not know about Peter is that he was a huge fan of the Old West, cowboys, guns, and country living (but maybe not in that order?). As an adopted son of Texas, we felt Peter and his family were way overdue for a figure commemorating his love for his adopted country, his charitable efforts, and the Western genre.

END_OF_DOCUMENT_TOKEN_TO_BE_REPLACED 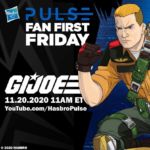 The official social media accounts of Hasbro announced yesterday that another Fan First Friday will take place on 20th November for the G.I. Joe franchise.

An update to the announcement now indicates what we will get to see during the event.

As usual, G.I. Joe Classified series and Retro Line will take the spotlight; before handing over to Super7.

Announcement by the official social media handle for G.I. Joe:

Announcement by the official social media handle for Super7:

“Tune into Hasbro Pulse Fan First Friday, THIS Friday for something cool.” 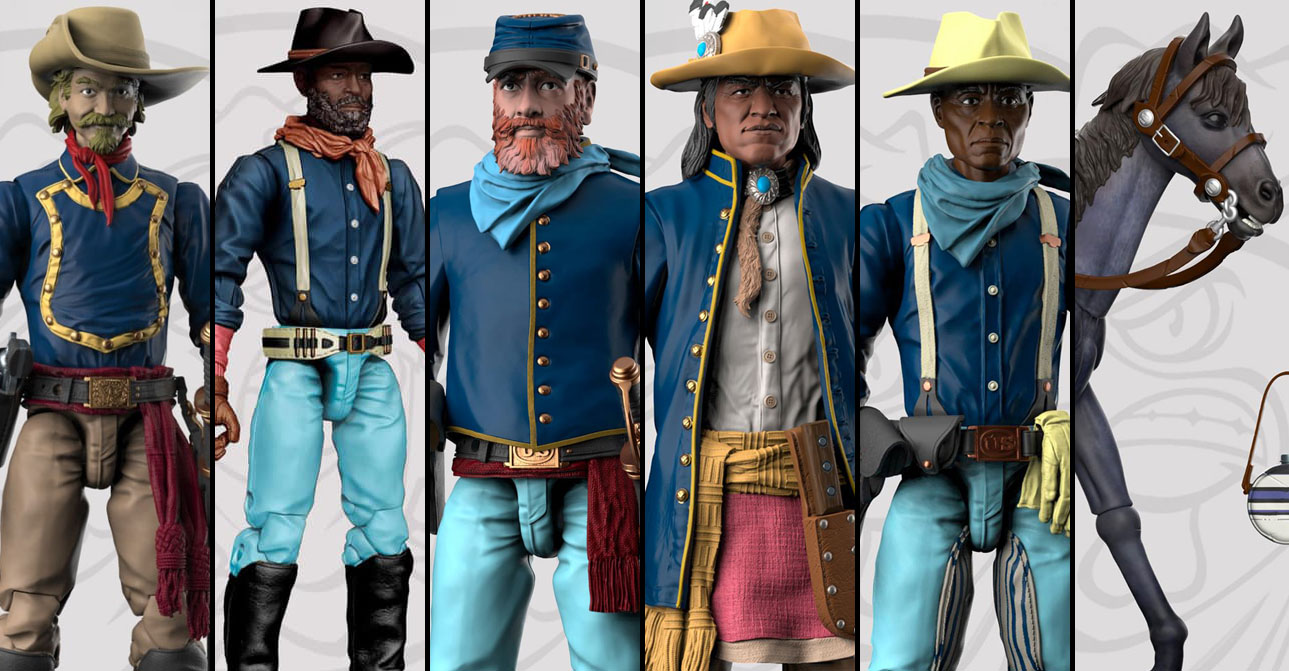 The latest Dime Novel Legends Kickstarter is now live, and well on its way to being funded. Their latest offering is “The Cavalry“, featuring more classic Western 1/18 scale action figures. This assortment is geared towards army builders, which will include new figures, gear, and horses. They are looking for a total of $76,000 to fund the campaign, with numerous stretch goals planned. Check out the Kickstarter Page to back the project. You can see some images after the jump.

Like the proverbial bad penny, Chicken Fried Toys is back again, with more spicy authentic Western sauce, as you like it! This time around, we are presenting our first Army-builder centric lineup: The Cavalry!

The history of the US Army Cavalry during the 19th Century is full of great heroism, greater foolishness, and grim tragedy. Used as a tool of the Federal Government during the push to expand Westward they were responsible for protecting settlers as they moved across the plains towards California seeking homesteads. They also had the task of relocating the Indigenous Peoples towards reservation lands as they were forced further and further away from their ancestral homes. Many terrible tragedies occurred during this time, and atrocities were committed to this end. Sadly, this leaves a checkered legacy behind whose repercussions are felt in lives of Indigenous Peoples even to this day.

A positive outcome of this period was the inclusion of free and freed African Americans to the Cavalry ranks, creating such storied units as the Buffalo Soldiers. These men served with pride and distinction in the pursuit of a better life and livelihood for themselves and their families. Their descendants meet in Clubs and Associations even today to celebrate the influence these brave men had during a time when they were at an extreme disadvantage.

The history of the Cavalry today is filled with tales of glory and adventure. While the pageantry and camaraderie are fondly remembered, we want to present these characters with warts and all for you to enjoy, and perhaps even learn a little something more about the period in which they all lived and died as Legends.