A press release posted by Nickandmore.com has revealed that Sigma 6 will be airing on The HUB starting on July 9th:

In the series America’s elite military force enters a new chapter of battling against the ruthless and power hungry terrorist organization COBRA. A new covert team of Joes, SIGMA 6, has been created to hunt down COBRA and stop its insidious plots for world domination.”

Thanks to sister site TFW2005 for the heads up! END_OF_DOCUMENT_TOKEN_TO_BE_REPLACED 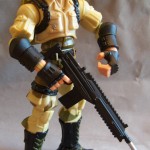 Thanks to eBay seller infin8ty23 for posting up an auction for the extremely rare G.I. Joe Sigma 6 Adventure Team Dusty! The Holy Grail of Sigma 6 Collecting is now up for grabs. 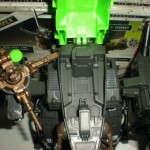 HISS Tank.com boards member Gyre-Viper has posted images of the cancelled Shadow Hammer Mech with Lowlight and Duke from the Sigma 6 line. This vehicle was a retooled version of the Iron Hammer Mech with new interchangeable arms and retooled parts.

To see one of the best S6 vehicles never released, click on the title bar! END_OF_DOCUMENT_TOKEN_TO_BE_REPLACED 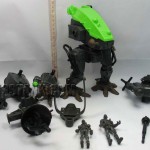 HISS Tank.com has received images of the cancelled Shadow Hammer Mech with Duke and Lowlight from Sigma 6. This was a retooled version of the popular Iron Hammer Mech, arguably the most popular vehicle from the Sigma 6 toy line.

Click on the title bar to see the mech that definitely disappeared into the shadows! END_OF_DOCUMENT_TOKEN_TO_BE_REPLACED 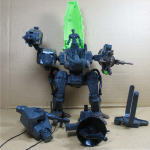 Tffans has posted images of Sigma 6 2.5″ scale vehicles that were cancelled in 2007. These vehicles include:

With the 5th anniversary of Sigma 6 next year, will Hasbro celebrate it with new products, or possibly release these canceled vehicles?

Click on the title bar to see more! END_OF_DOCUMENT_TOKEN_TO_BE_REPLACED 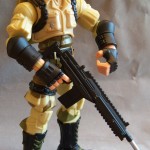 Sigma 6 may be over, but for the collectors of this line the never ending search for rare gems, like the second wave of G.I. Joe Sigma 6 Adventure Team action figures will never be over. HISS Tank.com is proud to present an inside look at one of the rarest figures that never made it to retail, Sigma 6 Adventure Team Dusty. 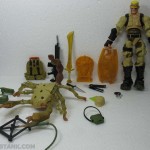 New production images of G.I. Joe Adventure Team Dusty are now up for your viewing pleasure. Much like Sigma 6 Ground Blast Heavy Duty that did see extremely limited production, such was the fate of this great Adventure Team Set. 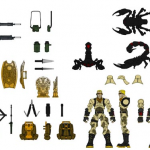 Triclops Studio has images of the unreleased Sigma 6 Adventure Team Wave 2 & 2.5″ Mission Sets! These images give us a glimpse at what we could have seen on toy shelves had the line not ended. A sad reminder that for the Adventure Team subline for Sigma 6, the best was truly yet to come. Shown on the design sheets are the accessories, and weapons that would have come with Dusty, Joe Colton, & Wet-Suit. Featuring new parts and clever reuse of existing accessories & weapons, this wave is seen by many as superior to the first Adventure Team wave. With the molds already tooled up and shown at Joecon, many fans still have hope that these eventually see release. END_OF_DOCUMENT_TOKEN_TO_BE_REPLACED 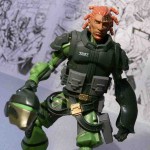 Thanks to Hisstanks board member nemesis-kidd, we now have many new loose Images of the unreleased Sigma 6 Short-Fuse figure!

To discuss this topic and view the images, click here! END_OF_DOCUMENT_TOKEN_TO_BE_REPLACED

Thanks to FC Toys for sending us Images of the unreleased Short Fuse G.I. Joe Sigma 6 Figure. In the Image you can get a good look at all the gear that would have come with the figure.

To Discuss this topic click the Title Bar. END_OF_DOCUMENT_TOKEN_TO_BE_REPLACED