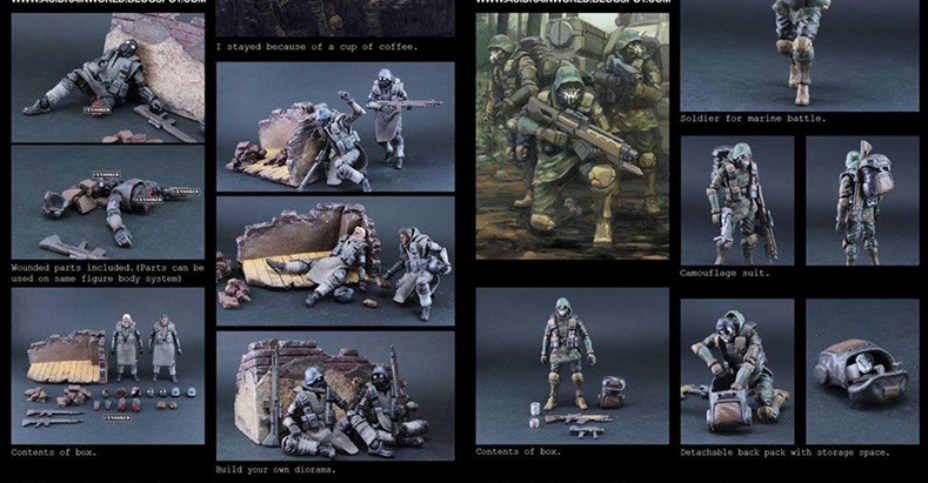 It’s been awhile since we shared an Acid Rain update with you, so we’re excited to bring you the heads up on a few new offerings! Now, if you follow the Acid Rain World, you’ve surely seen these floating around the internet for the last week or so. If not, check it out!

Are you excited to add these new Acid Rain items to your collection? Discuss after the break! 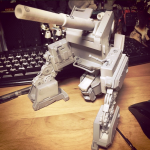 Our friend Kit Lau has posted images of the highly anticipated Acid Rain World Flak Bike in both forms, along with images of new trooper types and new gear on the Official Acid Rain World Instagram Page. Before we get in to the Flak Bike, lets talk about those troopers! The Arctic Bob figure makes and appearance alongside what appears to be a Sol Commander with a fur collared parka. There is also a new trooper type, sporting a cloth goods camouflage jacket, vest and a BMF gun! My personal favorite is what appears to be a new trooper, using a clever blend of mixing and matching previous parts with a new, almost virtual reality style helmet that looks all sorts of cool (think Data Viper meets Acid Rain World).

Time to get to the Meat and Potatoes. As noted earlier, included in the images are two shots of the upcoming Flak Bike, a vehicle that transforms in to a long range cannon. Here’s a brief description from Kit –

Fb7 , the first transformable machine after World War II. It is not an autonomous armor typed machine; The soldiers have to get off the bike to press the button to trigger it’s transformation. The good side of it is that it does not need soldiers to move it to the shooting point. In the Acid Rain World, this machine has become old fashioned after several generations of new armor development.

Share your thoughts on the Flak Bike, the troopers and all things Acid Rain after the break!