While looking through The United States Copyright Office website, we stumbled upon a curious G.I. Joe entry right next to the Snake Eyes movie.

The entry is none other than the copyright registration of the long-since rumored Chuckles movie by Josh Appelbaum and Andre Nemec.

Back in August 2019, Hollywood Reporter reported that the two Mission: Impossible writers are hard at work to bring the next G.I. Joe movie (following Snake Eyes) to life.

Hollywood Reporter never revealed the title of the script, but we now know it as…

G.I. Joe and the hunt for Infinity Mask

It is likely that the title will be revised as G.I. Joe: The hunt for Infinity Mask, but that is if they would keep this title at all. On second thought, there is no guarantee that this script will even be the final story or whether it will be turned into a movie at all. However, news we discovered early this year suggests that the movie is in pre-production under the working title ‘Ever Vigilant’.

Only time will tell. At least, now you know… and knowing is half the battle.

Philip “Chuckles” Provost started in undercover operations at an insurance group in Florida. His affable demeanor puts everyone at ease, allowing him to gain access to whatever group he’s been tasked by the G.I. Joe team to infiltrate and investigate. He and Night Fox are scouting a Cobra desert base when they spot an incoming Cobra air and ground attack. They quickly ready for battle and blast the enemy from their F.O.E. Striker! 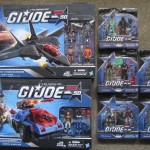 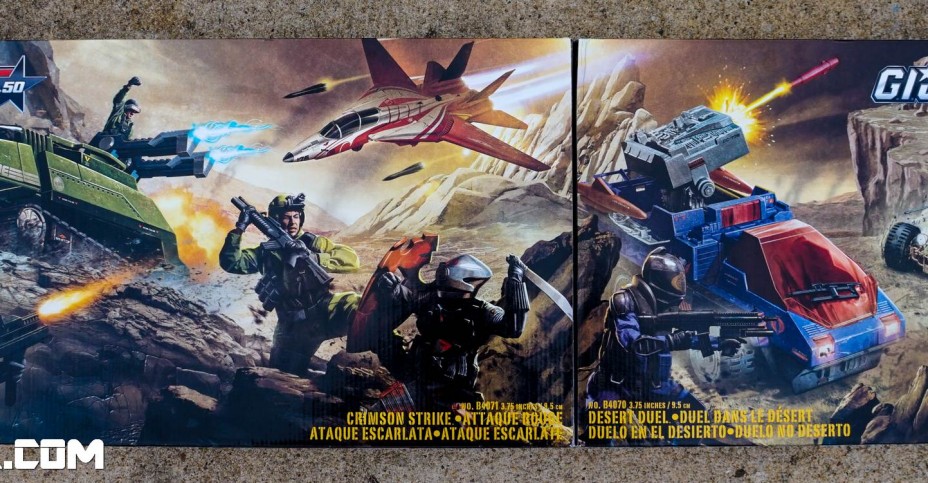 Just a quick High-Res picture update for the SDCC 2015 G.I. Joe 50th Anniversary box sets. If you take the Desert Duel and Crimson Strike boxes, and merge them, you get one huge art print to display in your G.I. Joe collection.

A few days ago, HissTank.com forum member Glumby shared images of the packaging on Facebook. The images show us two new views – One of what is assumed to be the outer packaging and/or sleeve, along with the back of the box. The cover art is the same we’ve seen before, showing the 4 characters and two vehicles included in the set in an “action shot”. To refresh your memory, the set includes –

You can check out the images after the break. 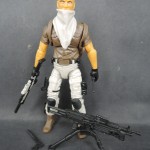 Ebay seller viperskingdom has just updated his store with San Diego Comic Con 2015 GI Joe exclusives. So far he has most of the “Desert Duel” set up. Stay tuned as he may update with the other figures/vehicles later on.

These auctions give us a good look at what to expect when these arrive at SDCC. Read on for more images.

SDCC 2015 is right around the corner. HISSTANK.com wants to know if you will be purchasing these upcoming exclusives and adding them to your collection? After receiving mixed reviews, here is your chance to vote in our poll.

Check out Images of the upcoming G.I. Joe SDCC 2015 Exclusives and take part in our poll after the jump.