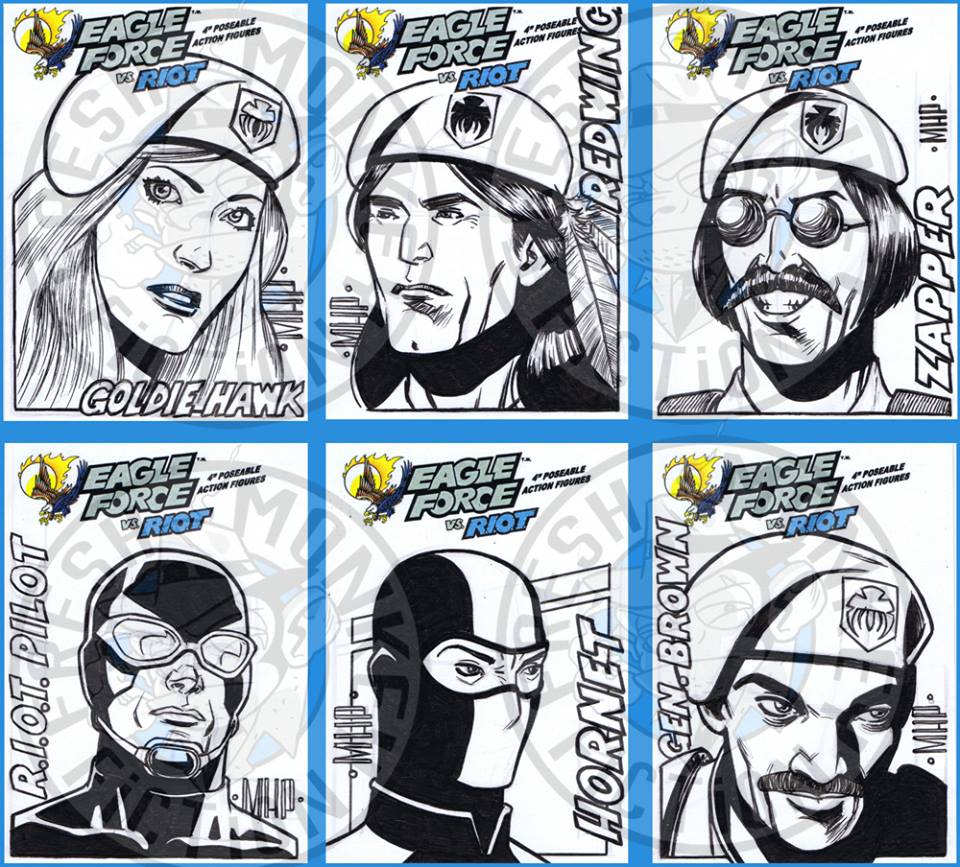 Could we possibly see these sketch cards made available, or will find their way to collectors via a pack from The Drawn Word? Time will tell, but keep it locked on HISSTANK.com for all things Eagle Force! 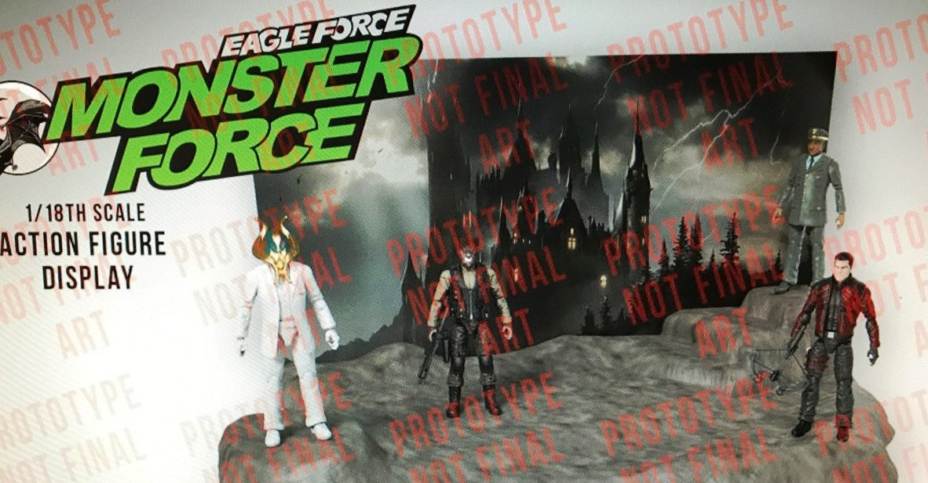 By way of the Action Figure Junkies Facebook Group comes our first look at an Eagle Force: Monster Force display! The backdrop is perfectly frightening and looks just as awesome as the Eagle Force display that we shared yesterday.

What makes this image even more interesting is that it appears to give us our first look at upcoming figures from the Monster Force line! Shown in the image are –

As the image doesn’t appear on the Eagle Force Returns facebook page, we’ve reached out to our friends at Fresh Monkey Fiction to verify the legitimacy of this image and to confirm who the 4th figure in the image is. 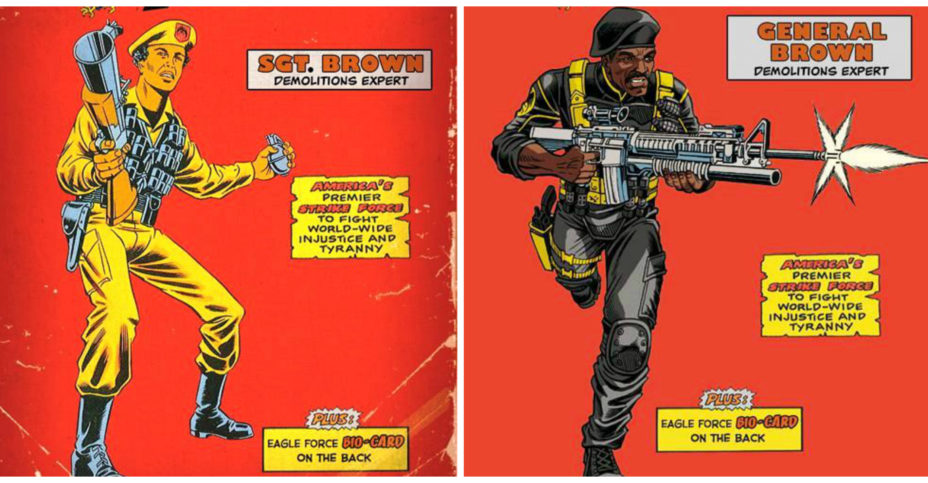 Still acting as the Eagle Force Demolitions Expert, many have asked how/why General Brown received a promotion, while Captain Eagle remains at the same rank. No worries, the answer to that question and many more are coming our way via the Eagle Force Returns Trading Card Set.

General Brown looks fantastic and will make a welcome addition to the Eagle Force line up coming our way this summer via Kickstarter. What are your thoughts on this side-by-side? Sound off after the break! 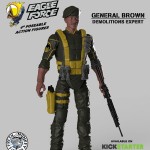 HissTank.com is proud to bring you another Eagle Force Returns figure reveal – None other than the Eagle Force Demolitions Expert, General Brown!

Now, for those familiar with Eagle Force, you may notice that the good General has seen a promotion since his days as Sgt. Brown. To learn more, we’ll just have to wait for his Bio! Excitement for the upcoming Kickstarter campaign is growing by the day and General Brown has just added even more fuel to that fire!

While on the topic of Kickstarters, make sure you check out the ongoing Eagle Force Returns Trading Card Set Kickstarter Campaign! The campaign is blowing through stretch goal after stretch goal and now there’s a TON of cool stuff coming to those who have contributed, so make sure you get on that while you can!

You can get in on all the Eagle Force excitement and check out a full image of General Brown after the break! Special thanks go to our friends at Fresh Monkey Fiction for the reveal!