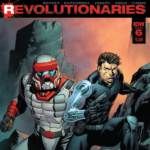 By way of CBR.com comes a preview of IDW’s Revolutionaries #6 –

The 6-page preview of this issue leads us into the climax of the story that features characters from all IDW Hasbro Universe.

M.A.S.K. vs. ATOMIC MAN! The Revolutionaries team with MATT TRAKKER and the M.A.S.K. team to find Mike Power—a.k.a. ATOMIC MAN—the long-lost member of the G.I. JOE ADVENTURE TEAM. The bizarre history of this tragic hero leads to the truth behind “Project Ice Man”—and the return of another classic G.I. JOE hero! 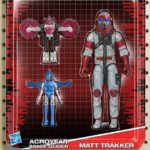 The Art of Adam Riches Facebook Page has shared an image of the cover for the upcoming 3rd issue of IDW Publishing‘s Revolution. This cover (Acroyear, Space Glider, Matt Trakker) is the 3rd in a series of 5 toy covers for Revolution. These covers are brand new art, drawn and painted in a combination of traditional and digital mediums, created to give the impression of an imaginary toy line based on the Revolution series,which combines the worlds of G.I. Joe, Transformers, Micronauts, Rom, Action Man, and MASK. Adam has done a great job with these covers so far and the hits just keep on coming!

THEY CAME FROM MICROSPACE! What terror reaches through the tendrils of entropy into our universe-and why does ROM want to kill it? Meanwhile, M.A.S.K.’s MATT TRAKKER makes a startling discovery about the TRANSFORMERS-but will G.I. JOE’s SCARLETT believe him?

Have you been following Revolution? What are your thoughts so far? Sound off after the break! 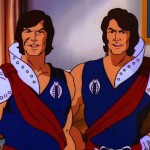 Here’s a bit of interesting news that comes to us by way of FilmDivider. According to the article, the Cobra Crimson Guard Commanders, Tomax and Xamot, are set to be the main villians in the 3rd installment. That’s not all though – Also set to make an appearance in the film is none other than Matt Trakker, the leader of M.A.S.K. (Mobile Armored Strike Kommand)!

Here are a couple of excerpts from the article –

We understand that the villains this time will be Tomax and Xamot, mainstays of the Sunbow cartoon series and the Marvel comics. This pair are, according to their original backstories, Corsican twins who worked as mercenaries before becoming merchant bankers.

Tomax and Xamot are tailor made for the GI Joe movies, hitting that same balance of modern techno-thriller plausibility and flat-out goofy. The filmmakers are looking to cast one actor in both roles, and whoever gets lucky will have the chance to really cut loose. Sam Rockwell seems to have just the experience to pull off all sides of both parts, if he could be tempted.

According to the studio’s current plans, Matt Trakker will be stepping up onto the big screen. he was the lead character of MASK, or Mobile Armoured Strike Kommand, a Kenner toy line and cartoon from the ‘80s.

I don’t know about you, but if this holds true, I’m beyond excited to see Matt Trakker or any MASK related characters and vehicles on the big screen, especially alongside our beloved Modern Army Action Figures! What are your thoughts? Sound off after the break! 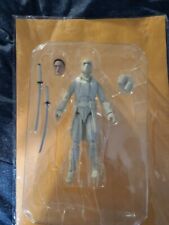