Leaving behind a legacy that has touched and saved so many lives, his indomitable courage and fighting spirit will live on in the halls of the PIT, and the hearts and minds of the G.I. Joe Team forever. Snake Eyes was tempered on the anvil of life until he was as dangerous as a razor-edged sword. Although his sword may be forever sheathed, his life will always be remembered as that of a true American Hero.

Duke was quoted saying “You’re laying there, out of ammo listening to the Cobra H.I.S.S. Tanks rolling in, and you know you’re not getting out. Everybody you know, your family is half-way around the world, and you think you’re never going to see them again and today is your day. Then, over the machine gun noise and the smell of burning diesel fuel you faintly hear that sound of Arashikage Steel, you look up to see Snake Eyes, but it doesn’t seem real, because no one man alone could take down that kind of Armor with just his blade. That’s Snake Eyes!”

END_OF_DOCUMENT_TOKEN_TO_BE_REPLACED 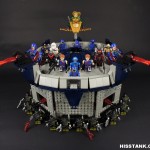 Check out all the new G.I. Joe Kre-O Cobra Terror Drome images after the jump. END_OF_DOCUMENT_TOKEN_TO_BE_REPLACED 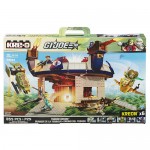 After you’ve placed your order, join us after the break for discussion already in progress! END_OF_DOCUMENT_TOKEN_TO_BE_REPLACED 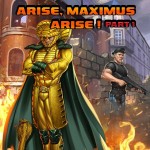 At Dr. Mindbender’s behest, Cobra has once again been collecting the DNA of history’s greatest military minds, but they’ve also been quietly gathering the world’s deadliest animals for the good doctor’s “Evilution” program, which he believes will create not only a new breed of feral super-soldier, but also the greatest battle commander Cobra has ever known!

G.I. JOE catches up with the Enemy in Paris, and outside Napoleon’s tomb the two forces clash as G.I. JOE releases their own untamed forces—the Marauders! Can the Marauders prove a match for Cobra’s greatest leaders? Will Serpentor, the Cobra Emperor, allow Mindbender’s plans to come to fruition? Will General Hawk see the danger in time? Find out in today’s exciting Capture event, Arise, Maximus, Arise, part 1! 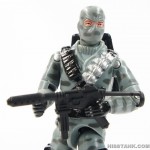 This set includes a reprint of G.I. Joe #49, Serpentor’s first appearance along with Serpentor, FireFly and Scrap-Iron.

Destro and Dr. Mindbender’s theft of a mummy is interrupted by a group of local law-enforcement officers, however, two missiles from Destro’s gauntlet eliminate their annoyance. They travel back to Springfield and Destro and the Baroness learn that Dr. Mindbender plans to bring Serpentor to life by using the stolen genetic material as a blueprint to generate nerve tissue and letting Cobra’s computer extrapolate a working model of a brain.

Check out all the VvV Comic Pack #49 images after the jump. END_OF_DOCUMENT_TOKEN_TO_BE_REPLACED