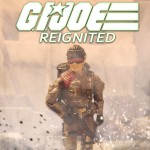 Hisstank.com forum member Nekoman has shared word that his Kindle Worlds title, G.I.JOE: Reignited is available for download! Check it out –

The war was over. For twelve straight years, we fought, we bled, and some of us died fighting terrorists called Cobra. “Over” is a word only our commanders and politicians wanted to call it. For us GI Joes, no, for us soldiers, there is no over. After capturing numerous head operatives and the suspected death of Cobra Commander during an air strike, the boys at home told us enough was enough. “You did good, now stop.” they told us more or less, words that burned deeper than any wound we could have suffered. But for my brothers, screw it, for me, there was no peace. It was plain as day what would happen when you stop half way on a mission, let alone, when you take the men some of us died to capture and grant them some sort of asylum to a backwater dump of a country. As the old saying goes “live by the sword, die by the sword”; it’s as true for us as it is our enemies, if only anyone else could understand that.

How awesome does that sound?! Make sure to download your copy today for only $0.99! G.I.JOE: Reignited – Kindle Worlds 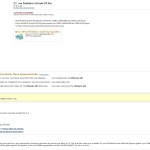 Just when you thought everything but the SDCC 2013 exclusives have all been revealed, comes a new item, spotted by our sponsor DorkSideToys! By way of Amazon comes a listing for a

This Special Edition Ultimate Gift Set has everything you need for a truly spectacular showdown between the special-ops allies of G.I. JOE and their ninja arch-enemies! Pit your ROADBLOCK and NUNCHUK figures against your COBRA COMMANDER and SLICE figures! Will two masters of hand-to-hand combat be able to defend the globe against the leaders of the evil COBRA organization and the evil RED NINJAS? It’s all up to you!

It isn’t known if any of the figures in this set use all new tooling or if they’re mere repaints mixed with some kitbashed figures. Despite Cobra Commanders‘s limited screentime in GI Joe Retaliation, there is still demand for a screen-accurate figure. This is likely a set planned for Fall/Winter(as with Hasbro’s previous “Ultimate Gift Sets”), so we may get a 1st look at SDCC. Stay tuned. END_OF_DOCUMENT_TOKEN_TO_BE_REPLACED