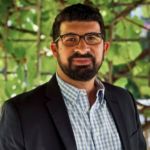 Entertainment One (eOne) has expanded its management roster with the addition of Gabriel Marano, who will oversee the development of Hasbro’s Intellectual Property including Transformers, G.I. Joe, and Power Rangers.

“I’m thrilled to return to my studio roots to help shape eOne’s impressive development slate and especially excited to be working with the amazing Hasbro IP,” said Mr. Marano. “I have grown up with so many of these properties and can’t wait to bring them to life. I’m looking forward to working with Mike Lombardo, Pancho Mansfield, and the tremendous creative talent across the company.”

In addition to his role in shaping and developing Hasbro property, Gabriel Marano will also be the Executive Vice President of Scripted Television at eOne. 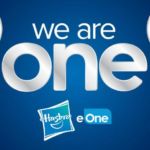 After months of negotiations and even after a government investigation, Hasbro has finally acquired Entertainment One (eOne for short) for a whopping US$ 3.8 Billion.

The new company (dubbed as ‘One Hasbro‘) will produce entertainment content based on Hasbro properties such as Transformers, Power Rangers, G.I. Joe, My Little Pony and many others.

“We are excited about what we can do together and see tremendous opportunity for shareholder value creation through this acquisition,” said Brian Goldner, Hasbro chairman and chief executive officer. “Our businesses are highly complementary with substantial synergies and a great cultural fit. The addition of eOne accelerates our blueprint strategy by expanding our brand portfolio with eOne’s beloved global preschool brands, adding proven TV and film expertise, and creating additional opportunities for long-term profitable growth. We are pleased to welcome the incredibly talented eOne team to our Company.”

END_OF_DOCUMENT_TOKEN_TO_BE_REPLACED 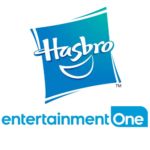 Hasbro acquiring eOne; the owner of Peppa Pig and The Walking Dead, among other things, was one of the biggest business news to come out last week. During Hasbro’s special Investor & Press Meeting, the toy giant stated that they are in active discussions with eOne to bring new initiatives based on several Hasbro brand to the television.

Speaking to Yahoo Finance, Hasbro stated that one such property is G.I. Joe.

We currently do not know any additional info regarding the said initiative other than the fact that Magic: The Gathering, Dungeons & Dragons and G.I. Joe is included among the several brands, but this is an exciting news nevertheless.

You can check out the statement at 2:38 mark onward, from the video posted at Yahoo Finance.