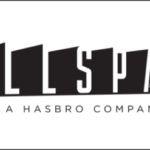 END_OF_DOCUMENT_TOKEN_TO_BE_REPLACED

Now, one would naturally assume that the conversation included Hasbro’s profits and such, and you’d be correct. The article discusses all that’s on the horizon for Hasbro and Allspark Studios. There’s Transformers (of course), an animated release of My Lil Pony in October…but finally, I’m happy to report that there’s G.I.Joe movie news. With that said, my friends, stay open minded as I share the following from the article:

The company also has big plans to team up with Paramount again on movies featuring a rebooted G.I. Joe with a revamped look intended to appeal to younger audiences.

The action-figure line was turned into a movie in 2009, with a sequel four years later. Both “G.I. Joe” movies were modest box-office successes and didn’t generate the level of global appeal as the “Transformers” movies.

“The world has changed, and I think you’re going to see G.I. Joe changing with it,” he said. “There’s going to be a much more contemporary approach to the whole franchise, and that will allow us to develop different characters.”

Davis added: “We hope to create a head snap. It’s a different kind of ‘Joe’ — one that still resonates with ‘Joe’ fans but brings in an uninitiated audience and expands the audience internationally and domestically.”

The piece goes on to discuss the possibility of M.A.S.K. and other properties, but for now, let’s digest the information shared just above: G.I.Joe is changing. Whether we want to accept it or not, we have to agree that if our beloved brand is to survive, it’s time for a long overdue overhaul.

Thanks go to Tom Brooks & Sam Sears from the G.I.Joe and 1:18th Fan Group on Facebook for the heads up on this piece; Definitely a topic that deserves discussion. What say you? Sound off after the break. 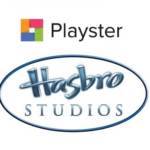 Thanks to Silver Optimus for the following intel from Hasbro, or more precisely,  Hasbro Studios. The company has signed an agreement with Playster Platform to bring media content to mobile devices.

The agreement includes the Transformers animated series, Kaijudo, Clue and a variety of G.I. Joe titles. “Making Playster a family-friendly platform that offers great content for every single member of the family has always been one of our top priorities,” said Philip Keezer, the CEO of Playster. “Working with Hasbro Studios will help ensure that our library is suitable for even the youngest entertainment buffs.”

Canada based Playster is set to launch in US very soon and even offers a free Tablet and a Headphone to their subscribers: