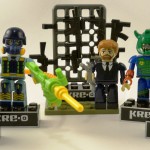 The figures re-use parts already released across the Kre-O Universe, including Battleship and Transformers.

Of note is the fact that both the the “Toxo Figure” has a head that has been painted on both sides – One side reflects a red faceplate for the Toxo-Viper, the other side painted with a snarling Zombie Face.

The same was done with Clean Sweep, giving him a mean looking mug on one side and a visor painted on the other to coincide with his hazmat uniform. The best part to me is the cool weapons rack that Joe Colton comes with. Included with the weapons pack is Megatron!

You can check out more images of the set and share your thoughts with us here on the Hisstank.com forums after the break. END_OF_DOCUMENT_TOKEN_TO_BE_REPLACED 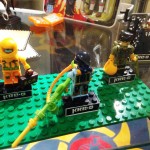 The reveals from JoeCon 2014 continue to roll in! This time around, we get our first look at the Kre-O G.I.Joe Convention Exclusive 7 Pack offered at this year’s show. The set follows the theme of it’s 4″ counterpart, including both G.I.Joe and Cobra ECO Force figures! That’s not all, the set even includes a Kre-O Joe Colton! Included are:

Of note is the fact that the Cobra side of things re-uses Kre-O Transformer molds…pretty clever, Joe Club!

Check out the images and join in on the discussion already in progress after the jump! END_OF_DOCUMENT_TOKEN_TO_BE_REPLACED 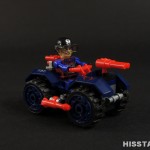 The Kre-O Outpost Defense – 97 pcs; Includes Outpost, Cobra Ferret, Beachhead and Storm Shadow Kreons. If you’re looking for the new Toys R Us Kre-O kits and Blind Bags they are now shipping out to local stores. We have taken the time to build out the Outpost and show a short video.

Check out all the new G.I. Joe Kre-O Outpost images and make sure to “Like” our Kre-O Facebook Page. END_OF_DOCUMENT_TOKEN_TO_BE_REPLACED 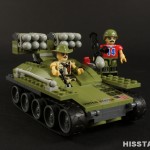 The Kre-O Firebat Attack – 292 pcs; Includes Firebat, Wolverine, Recondo, Bazooka and AVAC. If you’re looking for the new Toys R Us Kre-O kits and Blind Bags they are now shipping out to local stores. We have taken the time to build out the Firebat and show a short video.

Check out all the new G.I. Joe Kreo Wolverine images and make sure to “Like” our Kre-O Facebook Page. END_OF_DOCUMENT_TOKEN_TO_BE_REPLACED 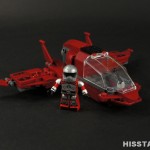 The Kre-O Firebat Attack – 292 pcs; Includes Firebat, Wolverine, Recondo, Bazooka and AVAC. If your looking for the new Toys R Us Kre-O kits and Blind Bags they are now shipping out to local stores. We have taken the time to build out the Firebat and show a short video.

Check out all the new G.I. Joe Kreo Firebat images and make sure to “Like” our Kre-O Facebook Page. END_OF_DOCUMENT_TOKEN_TO_BE_REPLACED 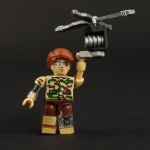 March has arrived and so has the next batch of G.I. Joe Kre-O 50th Anniversary Blind Bags and sets. We have just taken images of Kre-O Wave 3 Kreons minus Low-Light who was not located inside the one sealed box of Kreons Blind Bags that my Toys R Us put on the shelf today.

Other G.I. Joe Kreons include:

Check out all the new G.I. Joe Kreon images and make sure to “Like” our Kre-O Facebook Page. END_OF_DOCUMENT_TOKEN_TO_BE_REPLACED 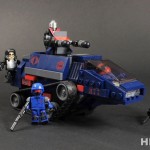 Fresh from the Kre-O G.I. Joe Arashikage Dojo set, we have new images and a quick build video of the Cobra H.I.S.S. Tank, Baroness, and Destro Kreons. I hope in the future, we get a Black version in a single box, so we all don’t need to buy huge sets to army build the H.I.S.S. Tank.

Check out all the new Kre-O Cobra H.I.S.S. Tank images after the jump and make sure to “Like” our Kre-O Facebook Page. END_OF_DOCUMENT_TOKEN_TO_BE_REPLACED 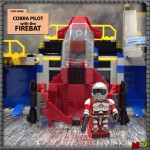 Thanks to the ninja-like hunting skills of the Hisstank.com Kre-O G.I.Joe Community, we’re pleased to confirm that not only is the 3rd Collection of Kre-O G.I.Joe now hitting Toys’R’Us stores, but we have the info you need to complete your collection!

First up, let’s talk codes – WestKoastKobra has provided the codes for not only all the blind bags in collection 3, but for the vehicle sets as well! Check it out:

Now that you know how to find them, let’s take a look at them! todd_m6d has posted a fantastic assortment of images of each figure and vehicle in the assortment. You can check them out after the jump or by visiting here – Kre-O G.I.Joe Collection 3 Images

Are you excited to add some new Kre-O G.I.Joe awesomeness to your collection? I know I am! Join us after the jump for discussion already in progress! END_OF_DOCUMENT_TOKEN_TO_BE_REPLACED 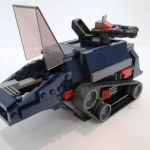 It seems like only yesterday that Tron confirmed that the Kre-O G.I.Joe Arashikage Dojo was found at retail. Come to think about it, it was only yesterday.

Since then, Hisstank.com forum member Hobbes-timus Prime has scored the set and has shared crisp, clean images of not only the Kre-O figures included in the set, but also of the Cobra H.I.S.S. Tank! Join us after the jump for images of:


[*]Commando Snake Eyes and Timber
[*]Hard Master and Gray Ninjas
[*]Destro and The Baroness
[*]H.I.S.S. Tank with rear cannon
[/LIST][/B]
Hobbes has also included images of the H.I.S.S. towing an A.S.P. and comparison images alongside his Lego style H.I.S.S. Tank. Make sure to share your thoughts on these awesome new G.I.Joe Kre-O additions with us on the Hisstank.com forums! *UPDATE 22:48 EST*

Thanks again to Hobbes-timus Prime, we’ve just updated this post will images of the Arashikage Dojo fully assembled! Images include cool shots of the full complex, armory, break away wall, training dummy and more! END_OF_DOCUMENT_TOKEN_TO_BE_REPLACED 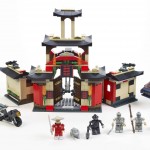 Great news for Kre-O G.I.Joe Fans and Collectors! Hisstank.com forum member Tron has posted images of the newly released Kre-O G.I.Joe Arashikage Dojo from a recent trip he took to Toys’R’Us! Friends, this playset is BIG, which is reflected in it’s price tag of $69.99.

Are you planning on adding this awesome playset to your Kre-O G.I.Joe collection or do you plan to skip it all together? Share your thoughts with us on this new playset and check out more images after the jump. You can also join us for discussion already in progress on all things Kre-O in the official Hisstank Kre-O Appreciation Thread! END_OF_DOCUMENT_TOKEN_TO_BE_REPLACED