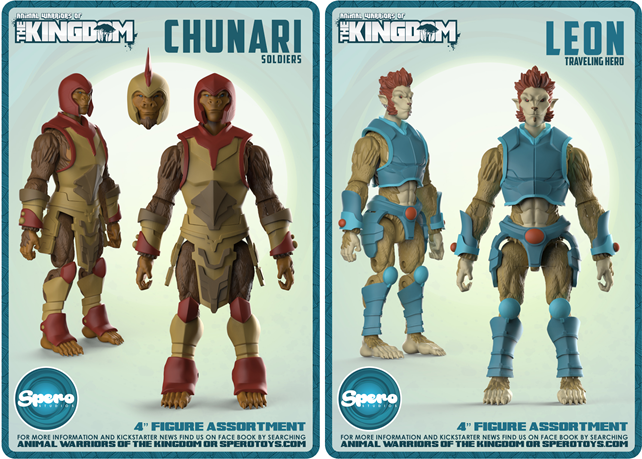 Happy Friday, everyone! We’ve just received not one, but TWO reveals from the upcoming Animal Warriors of the Kingdom Kickstarter campaign! Check it out –

CHUNARIAN SOLDIERS: These heroic soldiers make up the backbone of the Chunarian army and guard the walls of the sanctuary jungle city of Chuh-Nar from enemies of every kind. Create the Captain of the Guard with  alternate head accessory.
LEON: This traveling hero roams from town to town fighting for honor and revenge. His people were among the first to be displaced and enslaved by the Baron’s reign.
The Kickstarter Campaign Launches May 1st. Make sure to keep it locked on the Animal Warriors of The Kingdom Facebook Page and Instagram Page  for updates and reveals leading up to the Campaign Launch! 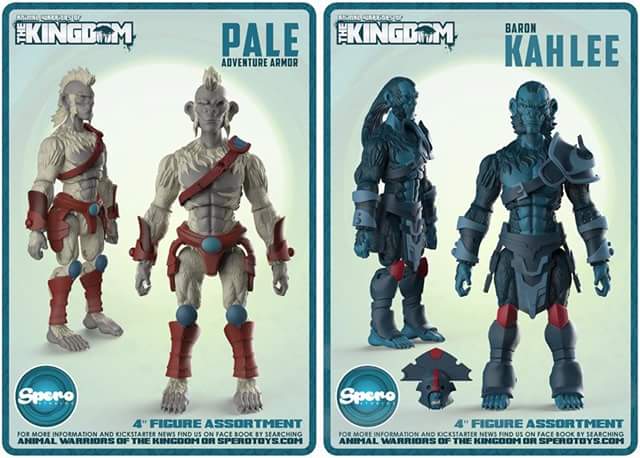 Great news to share with everyone this morning! HissTank.com forum member Ozymandias13 shared word that the AWOK Campaign will be going for round 2!

ANIMAL WARRIORS OF THE KINGDOM™ Series One: will consist of Ape, Canine, and Feline warriors, including the series’ main protagonist the albino ape Pale and his vile nemesis Baron Kah Lee. Each figure features 17 points of articulation as well as removable armor and weapon accessories.

THE FIGURES: are 1:18 scale figures similar to G.I. Joe, Marvel Universe, H.A.C.K.S, Marauders Task Force, Dime Novel Legends, Eagle Force Returns, Zombie Lab and Hellscreamerz figures. The figures are sculpted and colored to be faithful to the comic book source material while remaining highly detailed to have great crossover potential for all the above-named lines and more like the Teenage Mutant Ninja Turtles!

PALE: ADVENTURE ARMOR: The young albino ape king sports his trademark mohawk and red armor while wielding the ability to absorb his fallen enemies’ powers! This gift comes at a great cost as their ghosts become attached to his soul and slowly drive him mad!

BARON KAH LEE: The evil leader of the Horrid, bent on dethroning Pale and taking the crown for himself. The Supreme Commander of the vile Horrid will stop at nothing until all animalkind kneels before him. Baron Kah Lee’s Elite Guard will be a variant with an alternate head accessory.

The Kickstarter Campaign. Launches May 1st. Make sure to keep it locked on the Animal Warriors of The Kingdom Facebook Page and Instagram Page  for updates and reveals leading up to the Campaign Launch!