Articles Related to Wizards of the Coast 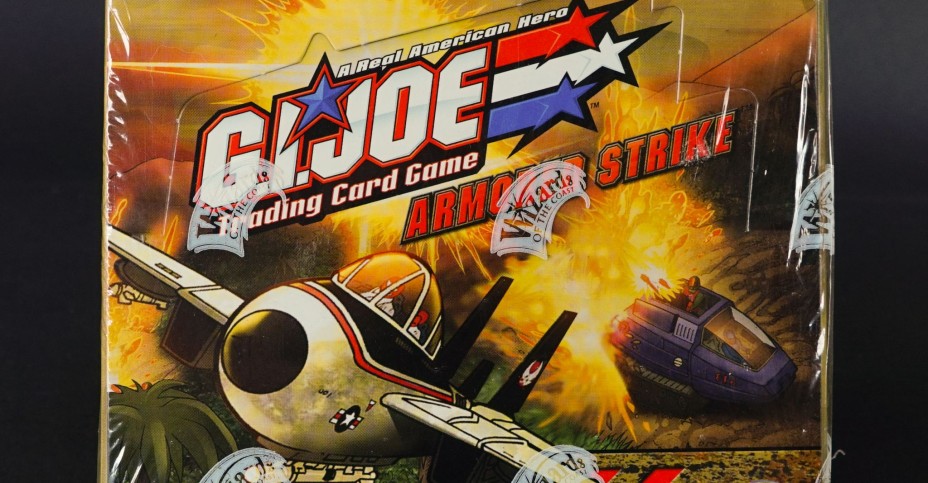 The game was supported by a two player G.I. Joe Trading Card Game Starter Pack that was filled with tons of awesome product to get you playing. The box contained:

The basic rules of the game are G.I. joe vs Cobra and the last man standing wins. Much like Magic: The Gathering cards with highest total after all effects are resolved win, and are discarded to your graveyard. But the G.I. Joe Trading Card Game had a special second combat phase that was called Firefight, that used cards drawn from your library with special bullet and target markers to destroy cards from the field of battle.