Towards summer, casting calls for GI Joe 2 turned up for Jinx, Mouse and more, and while there were doubts, the reports turned out to be true. Now there are more. io9 has posted some rather revealing information pertaining to new casting calls, including the names of new characters(and interestingly enough, the twin girls are also mentioned in the article):

Going by the report, we take it that Zartan is confirmed to return in the movie. There is also hint that Storm Shadow may be conflicted on which side he should fight for, and word of “a burly peasant who’s really a super-ninja in disguise,…”.

The article ends with this plot summary:

All in all, a movie about an evil mastermind impersonating the U.S. President and starting World War III, with lots and lots of high-tech weaponry, could be just about the greatest thing ever. We’ll find out on June 29, 2012 when this bad boy hits theaters.

That’s not all, they also had character descriptions for the aforementioned cast members, read on to see what these new characters are all about!

Chill pill, guys. The article is far, far, far off. Your worries are unjustified. Several new Joes, including Walker, Brock and Robyn
Walker is the wise-cracker of the bunch, who’s always making jokes about other guys’ moms. Robyn is a gun-loving weapons expert, who talks lovingly about her latest ultra-high-tech rifle. (Which prompts Walker to say that he loves “girls with guns.”) Brock is from the ‘hood and he listens to a lot of Cypress Hill on his boombox while looking at pictures of his eight-year-old twin girls. (When he takes the picture out of a Ziploc bag, Walker hopes he’s bringing out some of his famous pistachio cheese balls.)

At one point, when Robyn, Brock and another Joe named Sam are on the run, they take refuge in Brock’s old neighborhood, where one of the homies, a tattooed stone-cold badass named Stacks, promises to help him any way he can. Stacks and Brock are like brothers from another mother, and Stacks tells Brock they can hide out in the old rec center. He can even hook Brock up with a new set of wheels, which are pimped out but “on the low.” (The joke is that the wheels are clearly not on the low, because they’re too fancy and loud.)

Mouse
The newest recruit on the team played by Joseph Mazzello. He’s a Southern boy, “18 going on 11.” He’s got no real combat experience, but he’s played a lot of Call of Duty. And when he goes up against one of the top Joes in a test to see who can pull a hand grenade out of a big pool out of water with their teeth, Mouse wins. He raises his arms in victory, and spits out the grenade, saying “Bang.” The crowd of soldiers watching this goes nuts.

The Young Storm Shadow
Looks like we’ll be getting some flashbacks to the childhoods of Snake Eyes and Storm Shadow. Blind Master (played by RZA!) talks to Storm Shadow about his early mistakes in voice-over, while we watch the young Storm Shadow fleeing the Dojo. Blind Master asks who had the most to gain from driving Storm Shadow from the Dojo: the rival who drove Storm away, or the “man into whose arms you were chased.” We see that Storm Shadow took refuge with a “burly peasant” who gave him a blanket and cooked for him by a fire. And later, we see the burly peasant, who’s really a super-ninja in disguise, killing a ninja master.

Lots and lots of World Leaders
There’s some kind of summit, in which everybody is agreeing on reducing their nuclear missiles, and it all goes horribly wrong, of course. The U.S. has launched all of its birds in the air, and everybody is trying to decide whether to retaliate and cause World War III. People say awesome shit like, “Let history record who was responsible for this madness.” And “There can be no winners!”

And then Zartan — the master of disguise who replaced the U.S. President in the first movie — basically tells everybody that their countries can serve him or die. He totally wants it all, man. Zartan tells the French muckety muck that from now on “You’re reporting to moi.” But at least Russia is defiant, telling Zartan “You’ve only succeeded in uniting us… against you.” Separately, we see the Pakistani President, who is standing by his decision to harbor terrorists, suddenly getting assassinated with a titanium blade.

Lecter
a new villain who joins forces with Zartan in infiltrating the White House. (And it turns out the President’s approval ratings have skyrocketed since he turned evil.) Lecter has been busted out of prison, so he can develop every high-tech weapon the baddies can possibly imagine… and some they can’t. Lecter and his friends Smith and Jones are holding a U.S. Senator prisoner and interrogating him. “It’s called a water board… but I never get bored,” gloats Jones. 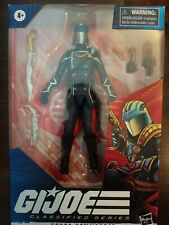 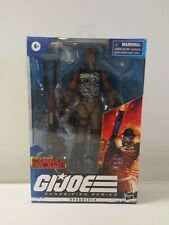 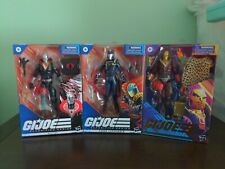 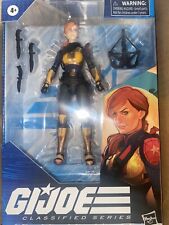 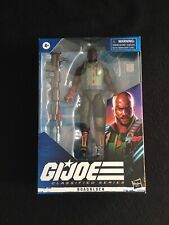 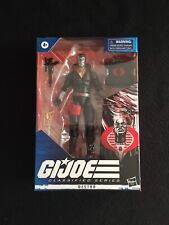 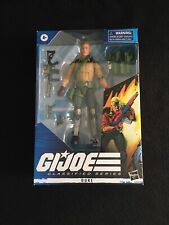 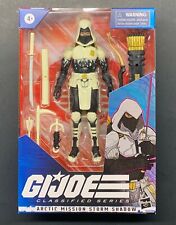