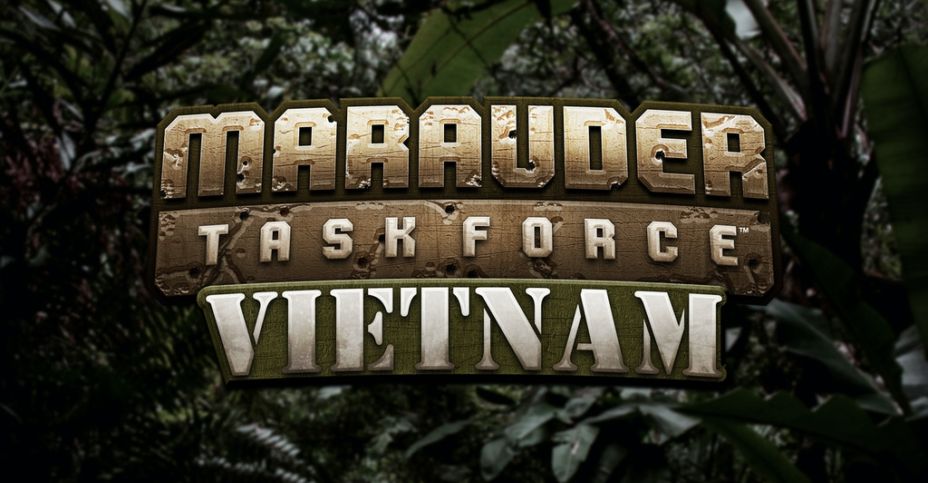 Congratulations to the Crew over at Marauder Task Force for reaching their Kickstart goal in less then one day! 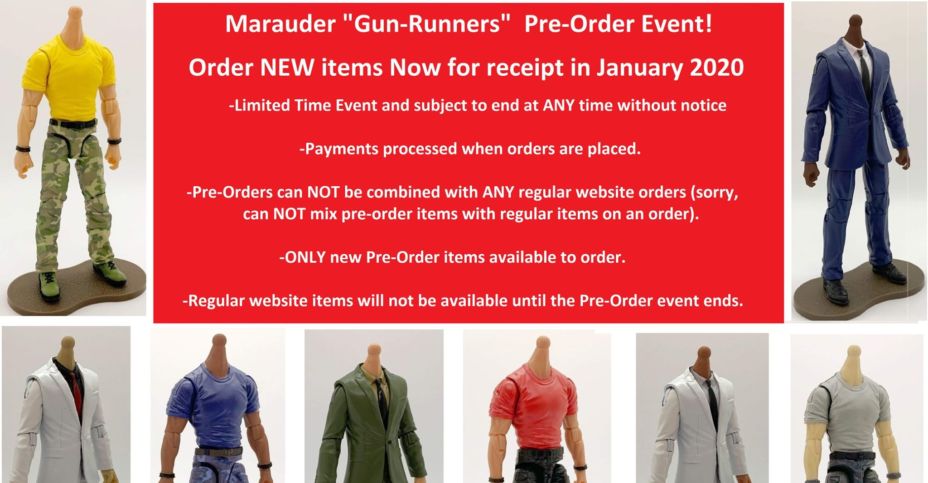 Awesome news in from Marauder “Gun-Runners” the new pre orders for the Agency Ops and Contract Ops figures are now posted up! Also of note* For the next few weeks the site will be NEW item Pre-orders only and NO regular items.

You can check them out here! Marauder “Gun-Runners” NEW Agency Ops and Contract Ops Preorders 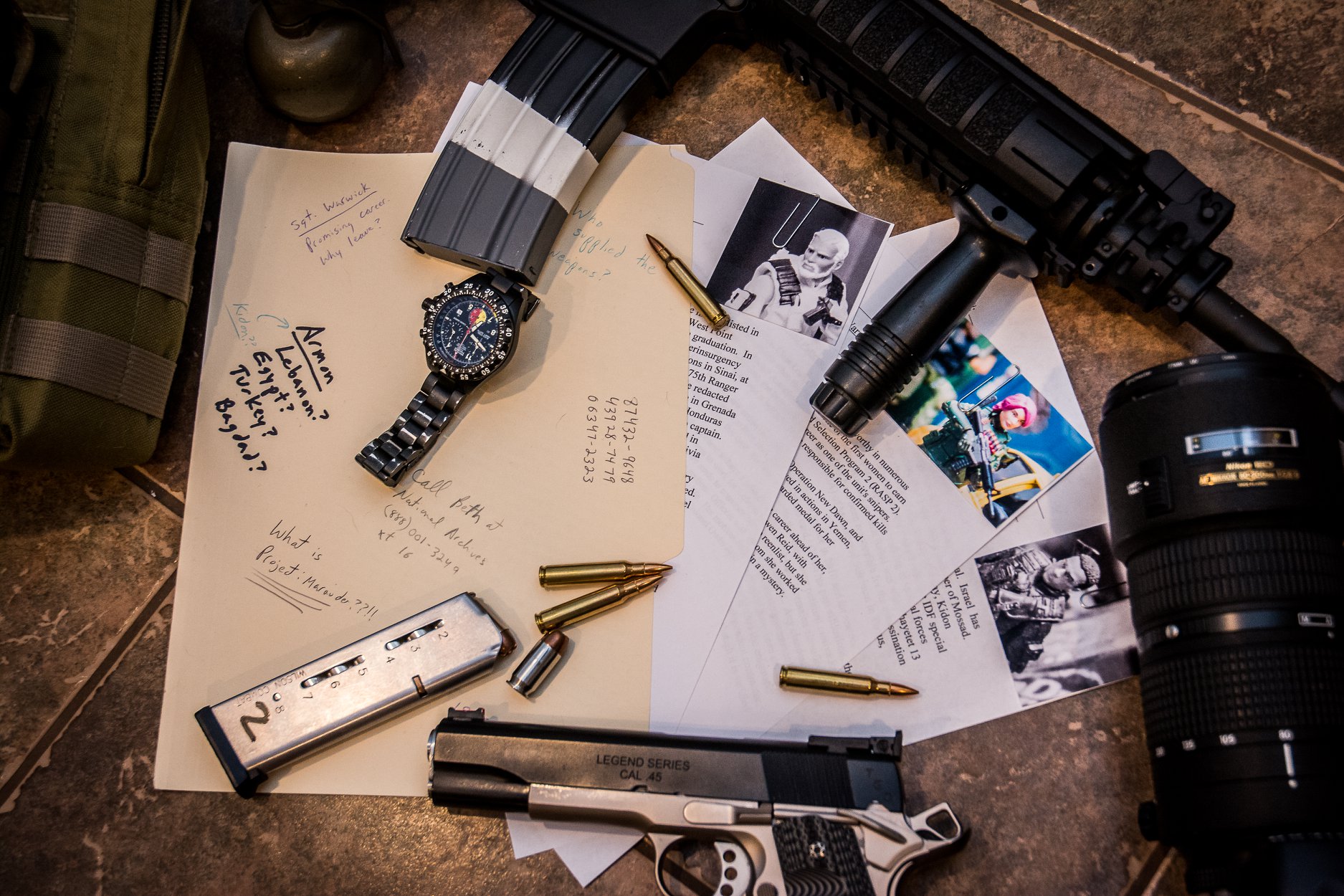 Fans at JoeFest will have an opportunity purchase a paperback copy of the book or grab one of thirty limited-edition hardcover copies. These are sure to go fast, so fans of Marauder Task Force are going to want to grab these quickly before they sell out.

Bill will be present to sign copies of either the hardcover or the softcover during the convention. Check out more info after the jump. 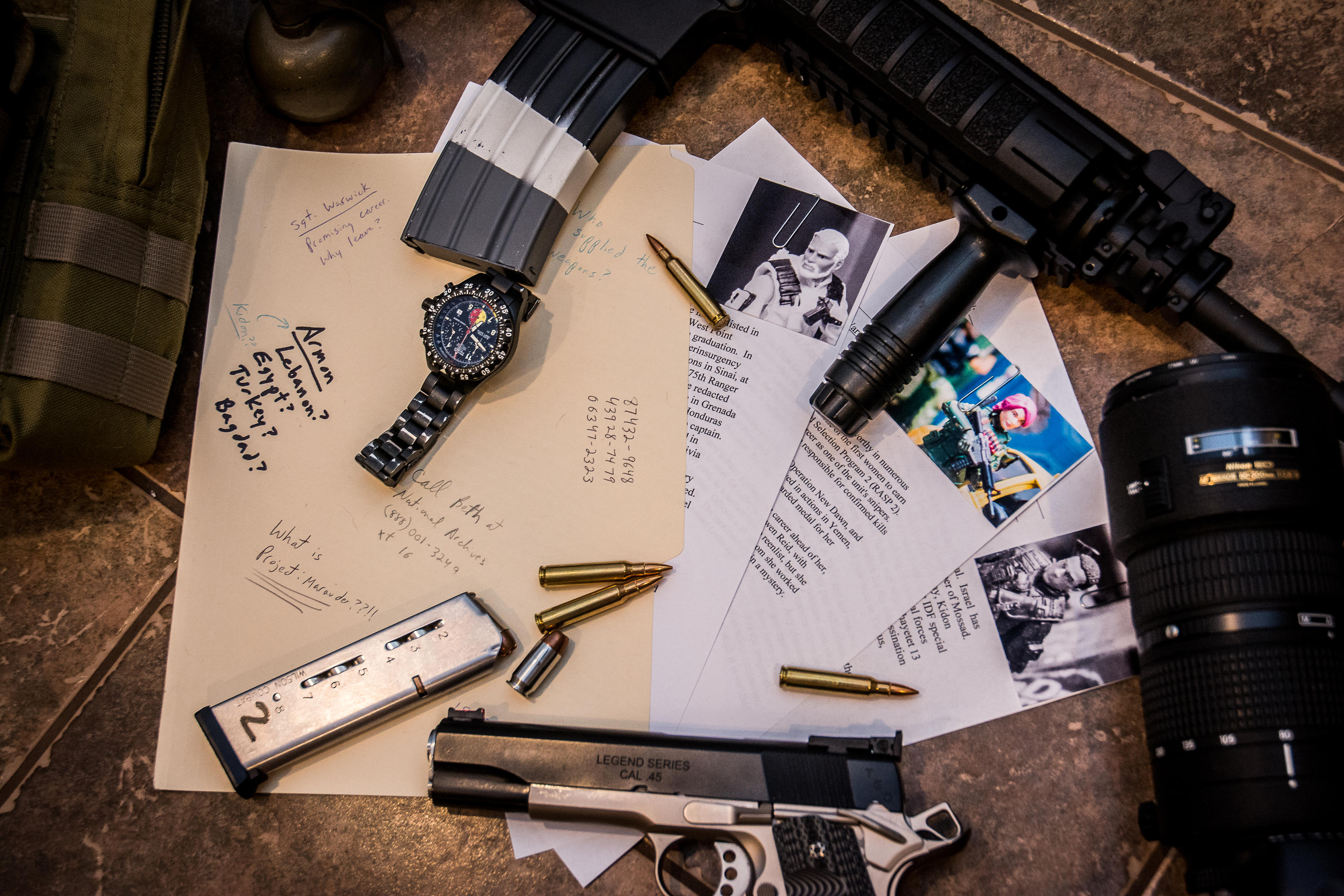 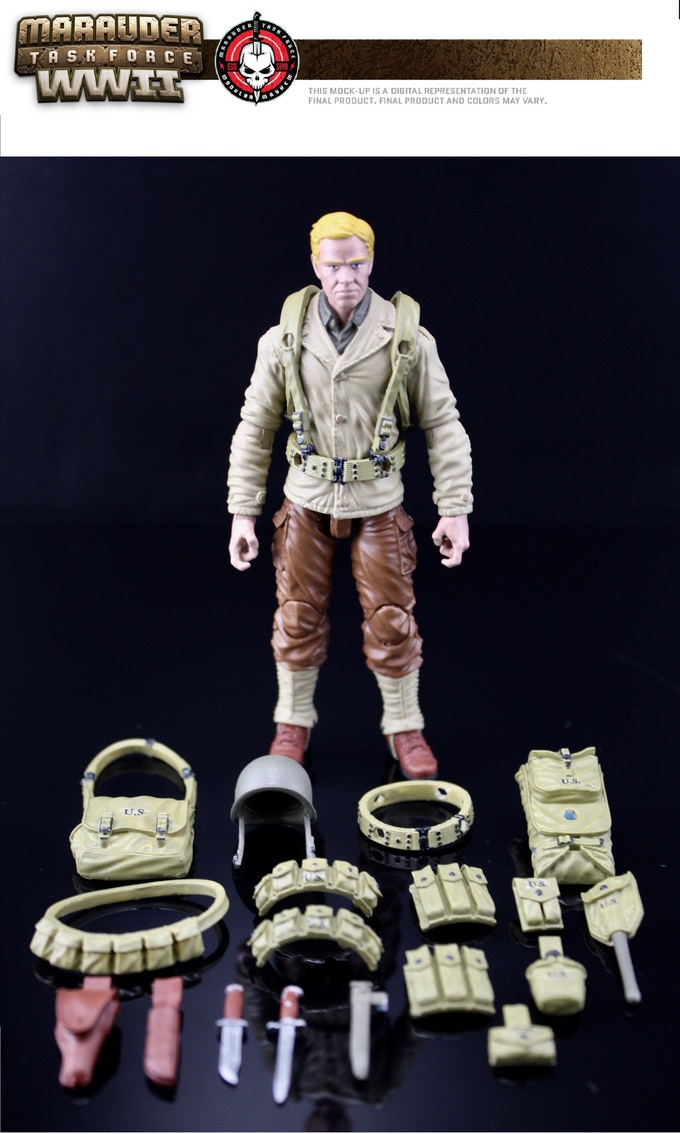 Hey Folks!
The Marauder Task Force WWII Kickstarter is now LIVE! We hope you check out the event! Would like to thank our designer Troy McKie, our sculptor Dan Rheaume, our artist Ryan Lord, our weapon painter Matt Slaymaker and paint master painter & photographer Ruben Vivar (aka Marauder Ruben) for all their hard work on the project! Without them, we would not have been able to launch this event! Most of all we wish to thank our supporters for their passion and enthusiasm for our projects. We really hope you like the Marauder Task Force WWII event! 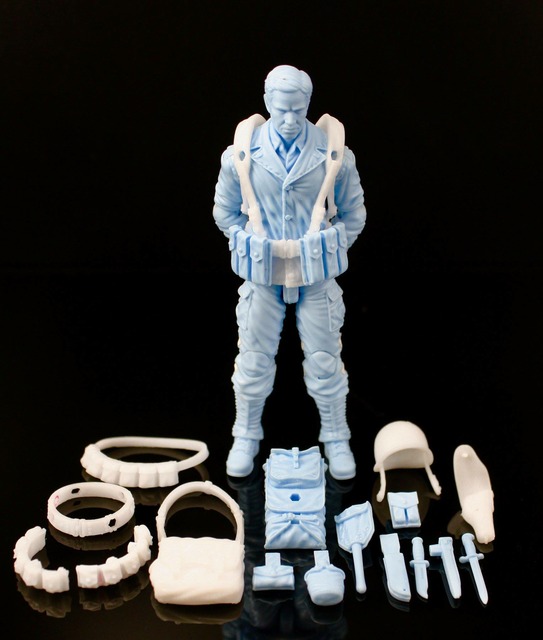 Thanks to TR1ER for sharing the prototype for the upcoming Marauder Task Force WWII US Army Soldier.

The level of detail on the figure and gear is just AMAZING! Also, this one of a kind tooling prototype will be AVAILABLE for purchase in the Kickstarter event for one lucky backer! We are still on track to launch the event this week. We hope you like it!
MJ 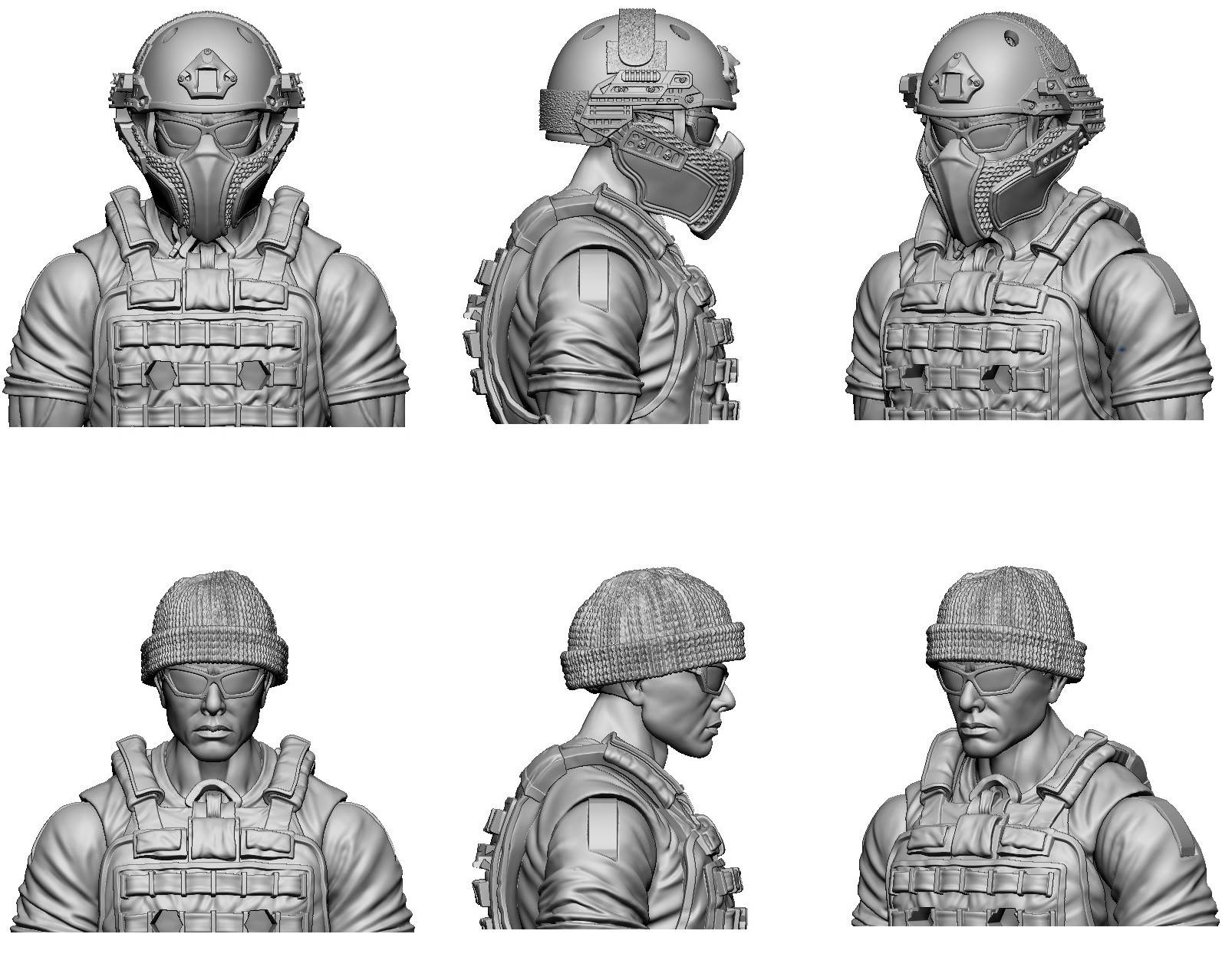 Thanks to Hisstank member BlackBanana for providing images from Marauder’s Contract Ops line. 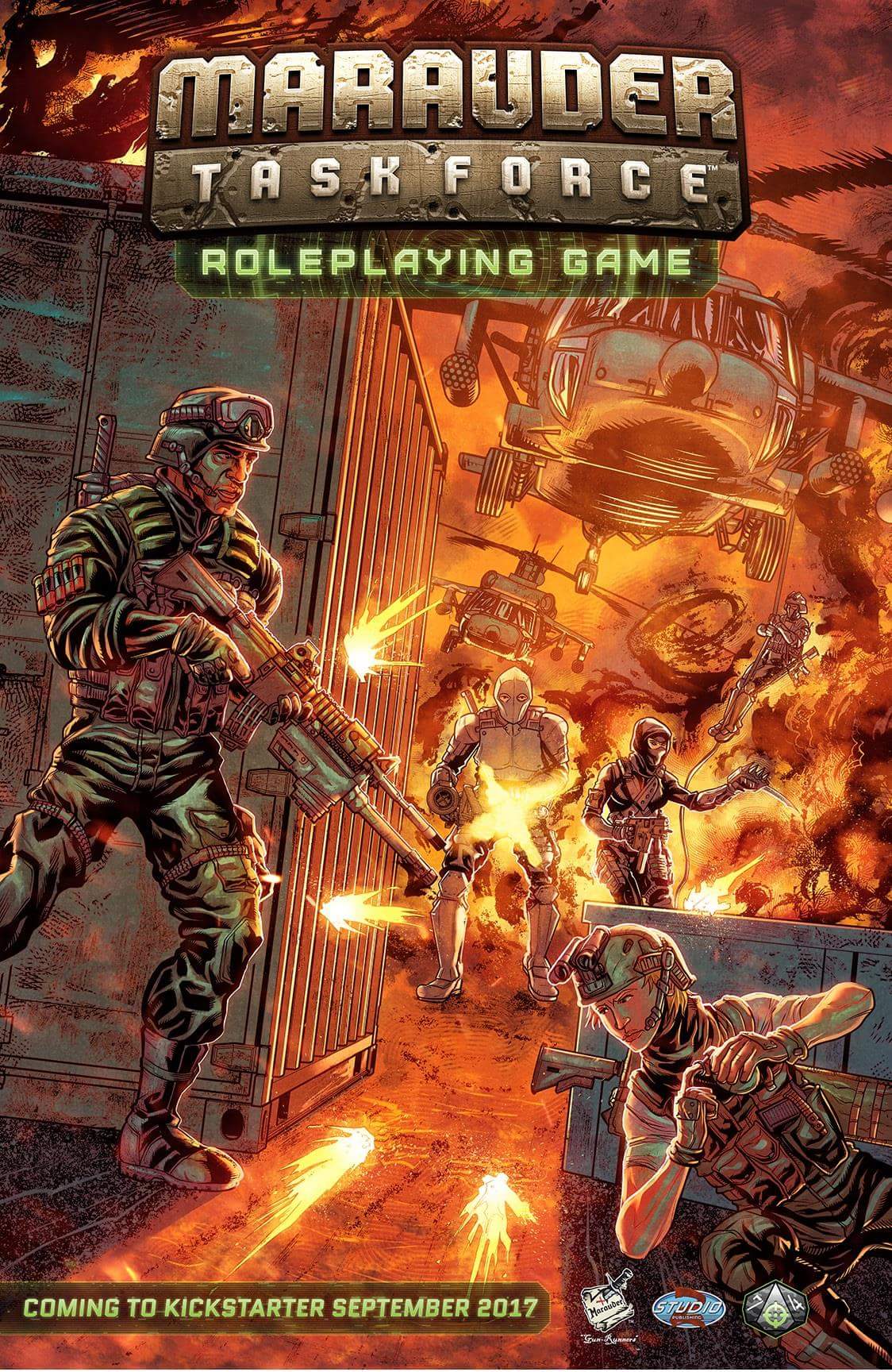 Marauder Inc has put up their RPG Kickstarter.

The game is run using the new Tactical RPG game system that is flexible, fast, and fun to play.

In campaign mode, the game is built around a game master, a “CO,” who leads play in a typical RPG fashion. Each of the players builds their character based on class templates. They can use any existing figure or custom build their character on the Marauder Gun-Runner site. The players’ characters are a squad of highly trained operatives—the Marauder Task Force! The CO takes them through each mission and manages the team through their downtime.

In skirmish mode, the game is a small battle between two opposing squads. Each player (or teams of players) fields their own squad and each team has specific win conditions, based upon the scenario agreed upon. Some may feature two squads balanced by point build, whereas others may not be equally balanced but a weaker force will be granted easier to obtain objectives.

The intent of the system is to simulate a tactical combat system similar to turn-based computer games. You will manage action points and make shots that factor in distance, conditions, and weapon choice. This game system will be available for other licensed properties in the future.

By using the Weapon and Armor cards, you can easily keep track of what dice to roll for both the campaign mode and the skirmish mode. 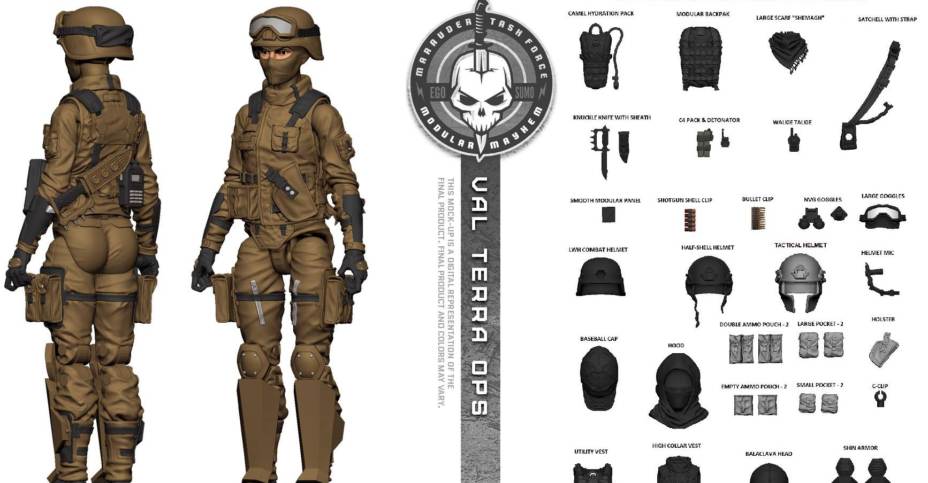 NOTE: We are starting the Kickstarter event with design illustrations, 3D sculpt renderings and prototype K9 images. We will ADD more prototype and PAINT MASTER images as the event continues.

Friends, stop paying secondary market prices for those amazing purple Engineer-Ops Male Troopers and Female Valkyries that first became available at NJCC! Our friends at Marauder Gun-Runners shared word via their Facebook Page that they’ll have these new offerings up on their website as soon as possible.

Please, don’t pay a huge secondary market price. Marauder John and the team want to ensure you are able to get them at normal prices in a short time! As a special “thank you” for your support, MGR wll offer some of the fully geared up versions of each Engineer Ops figure, first unveiled at the recent con, at an AMAZING value price (but without some of the bonus freebies we gave to the con attendees).

I know I’m not the only one telling that Gremlin on my shoulder to have some patience. How many Engineer Ops are you planning on adding to your collection? Sound off after the break!