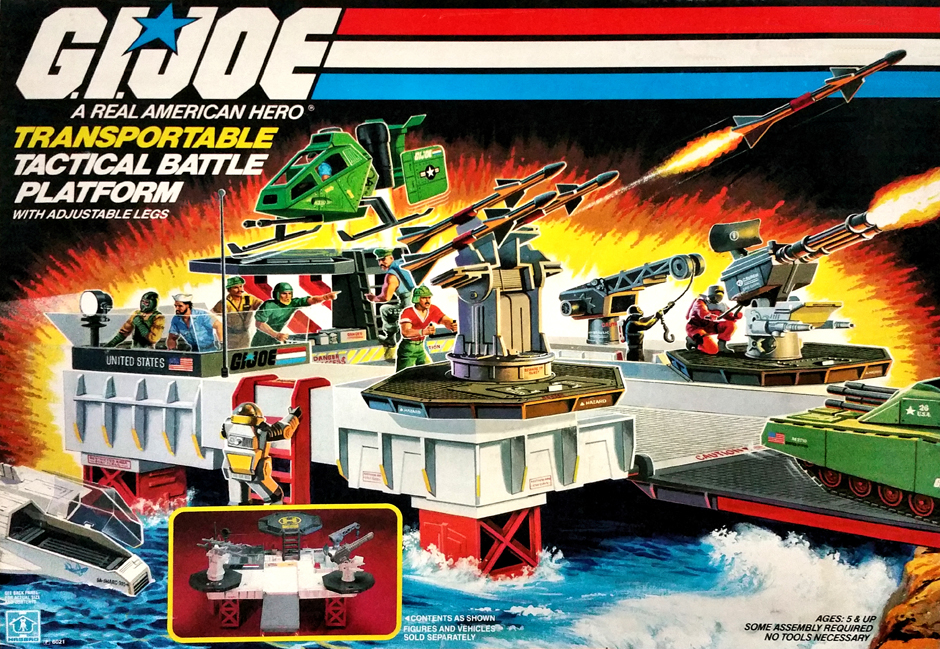 Mike T. stopped by to share the latest entry in his Forgotten Figures series. This time around, we get in-depth with the 1985 G.I.Joe Transportable Tactical Battle Platformaka the TTBP!

The G.I. Joe line was originally conceived as a series of vehicles. They were high profit toys for Hasbro. However, the figures that were designed to interact with those vehicles turned out to be massively popular. But, the vehicles remained a vital part of the line’s overall profitability. As the line progressed, the scale and audacity of the vehicles grew as well. Each year, Hasbro was able to produce vehicles that outdid the year before. In 1985, though, the bar was raised as high as it could go. Along with the excellent Moray and Mauler, Hasbro pumped out the unprecedented USS Flagg. The 7 1/2 foot behemoth remains the flagship for the Joe line: both literally and figuratively. Lost in between massive carrier and the amazing higher end vehicles, though, is the Transportable Tactical Battle Platform. Despite its lack of an included figure, the TTBP (for short) is on par with Hasbro’s other releases and is an excellent example of the overall vehicle quality that dominated the Joe line.