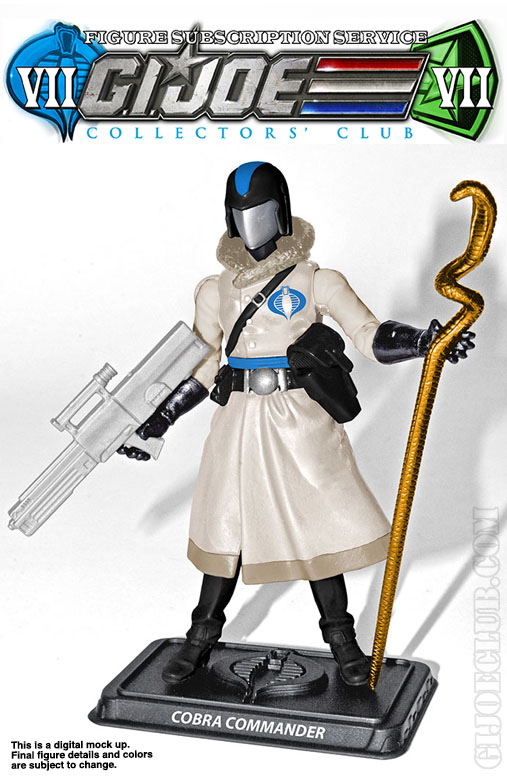 As expected the Club released a new mock up image of the Arctic Cobra Commander. Sticking closely to the cancelled version from a few years ago. What do you think? Sound off after the jump!