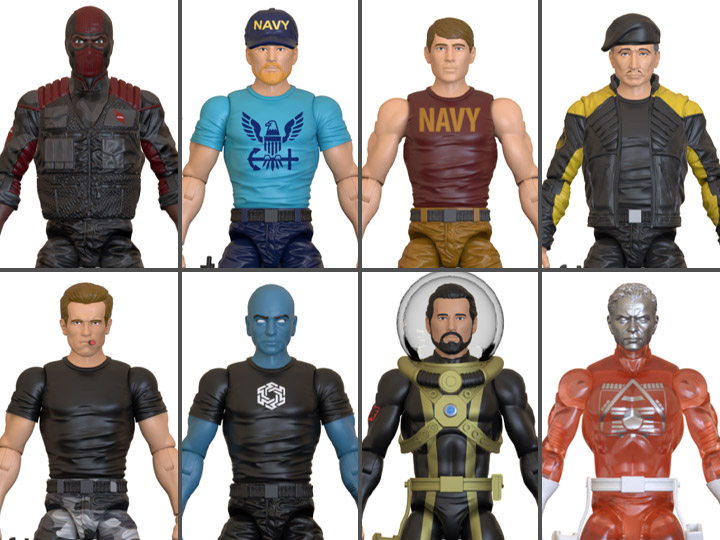 Fresh Monkey Fiction has brought back and reimagined Eagle Force, the beloved modern military action figure line from the 1980’s.

The long retired Captain Eagle is recruited back into active duty by his old teammate General Brown. Together they’re recruiting the next generation of Eagle Force team members to combat the re-emerging forces of R.I.O.T. (Roving International Organization of Tyranny) an evil organization driven by revenge and desire for global domination.

Each Eagle Force figure stands 4 inches tall in 1/18 scale and has 14 points of articulation. They are intended to blend in perfectly with other figures in the same scale that share similar themes and designs.