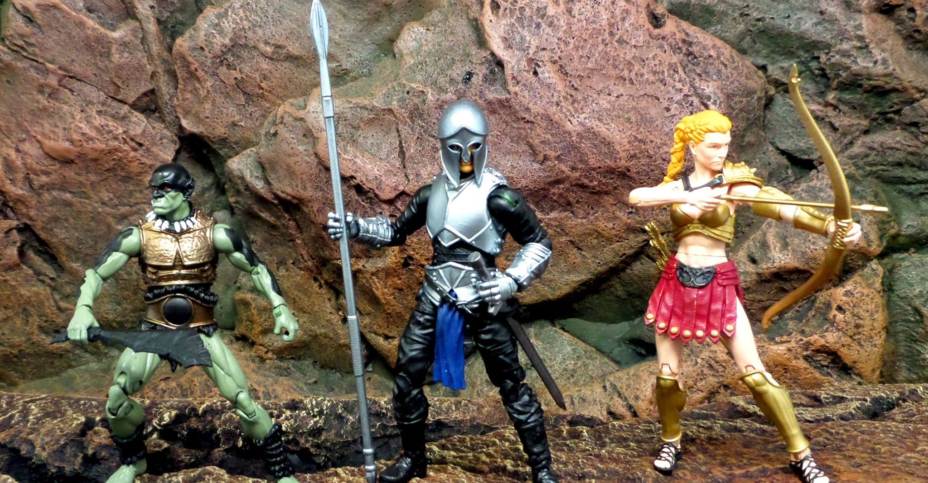 Boss Fight Studio has announced a new expansion of their Vitruvian H.A.C.K.S. line. The new Vitruvian Basics line will features more, as you guessed it, basic versions of their 3.75″ scale figures. Aimed at customizers and army builders, the new line will features more standard paint schemes and will include fewer accessories. Check out the full details below and see some of the new figures after the jump.

This week we have some fantastic news. We are officially announcing our Vitruvian BASICS. These are a new addition to the V-HACKS family. They are intended to be a more affordable answer for our army builders and army customisers. The BASICS will come with less accessories than a standard HACKS figure and will have a more streamlined paint scheme and packaging.

The BASICS figures will have the same quality, articulation, compatibility, and attention to detail that you have come to expect from our figures, but we will be selling them at the lower price of $19.99!

The first assortment is comprised of the Orc Hunter, Accord Castle Guard, and Amazonian Archer.

Pre-orders for the first three figures in the BASICS assortment will begin at noon EST on Sunday, October 22. 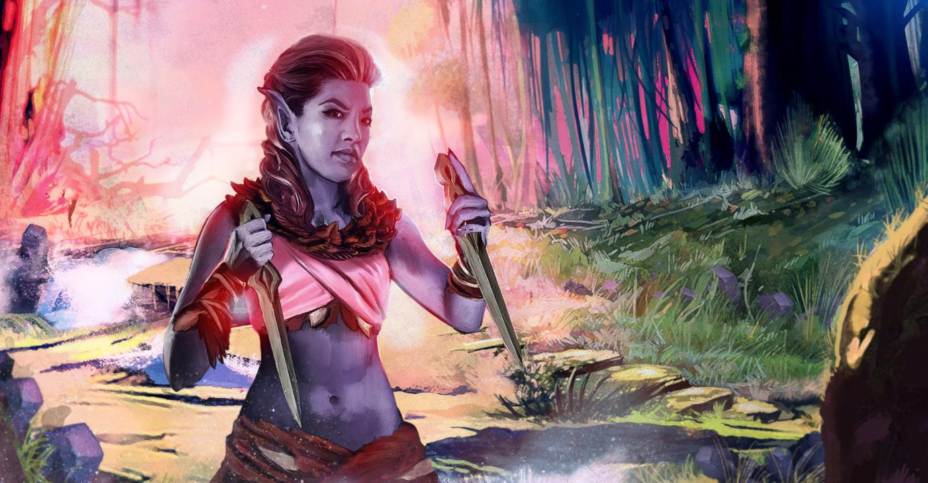 Boss Fight Studio has announced their next Vitruvian H.A.C.K.S. Fantasy 3.75″ Scale Figure! Starting at midnight EST tonight, fans will be able to purchase the Sakura Elven Assassin, Cerisier. This won’t be a pre-order as the figure is completed and ready to ship. The figure looks to include two daggers, a crossbow and a quiver. Check out the details below and read on for some images.

Hey, Boss Fighters! We know you’ve had a long week and wanted to give you a bit of a surprise! Starting at midnight (EST) tonight, we’ll be offering for sale and immediate shipment, Sakura Elven Assassin, Cerisier! She is currently exclusive to our webstore. Get her while supplies last! www.bossfightshop.com

“Guardians of the elven queen, members of this elite corps of archers bathe daily in dark ink, to maintain the gray color of their skin. Taking their orders directly from Queen Solan, they are her protectors and personal assassins. As a part of their duties to the queen, they take on an oath of silence. Their voices are removed permanently and irreversibly, using a magical spell. Their eyes have been altered so that they can see in pitch blackness. Moving undetectably and noiselessly, their natural home is in the dark. The last thing many an enemy of the Elves has felt is the cold blade of a Sakura Elf, silently draining their life away.”

Along with Cerisier, we are also happy to announce that we will be launching the sale of our individual blind bags to our store. Add a few to your purchase and see how much fun they are! www.bossfightshop.com 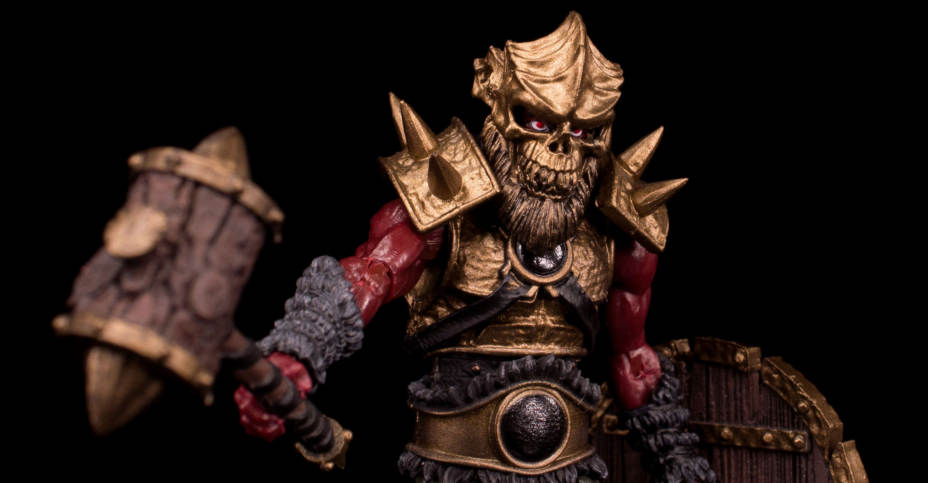 New Jersey Collectors Con has listed the remaining stock of their new Exclusive Boss Fight Studio Series 2 Fantasy Blasted Land Orc on eBay for those who could not make it out to the show.! He comes with a slew of accessories including a mace, sword, shield, 4 helmets, alternate head and extra hands. He also comes with spiked shoulder guards, armor and fur on the body. 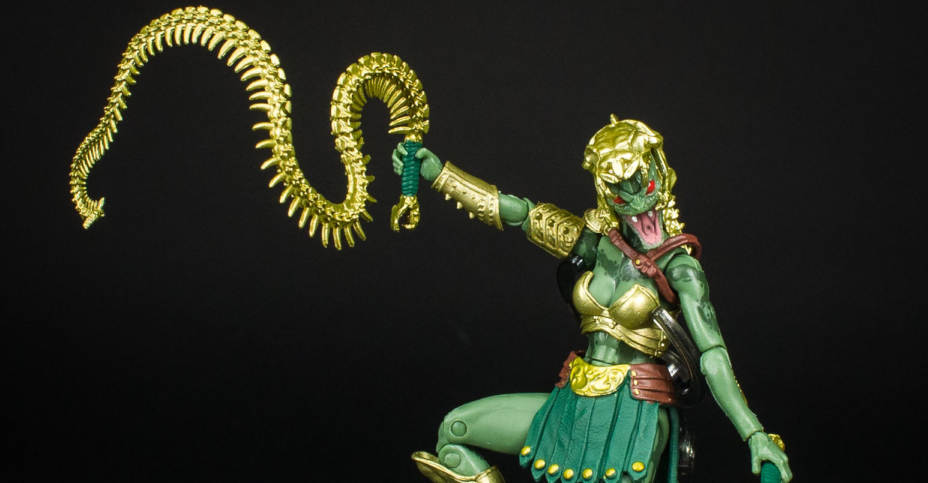 HISTORICAL DOCUMENTATION: With Thousands of their warriors falling to Stheno’s curse, Penthesilea and the Elite Amazon corps undertook a perilous mission. Raiding the Gorgon camp, they stole Stheno’s staff and used it to reverse the conversion spell on their former comrades. Most of the cursed died in the process; the handful who survived became deformed hybrid creatures. Despised by both human and Gorgon alike, these warriors retained their loyalty to the Gorgon Sisters and acted as infiltrators and spies, hoping that they would be accepted by the horde once again. Their ability to pass as human allowed them to gain access to places regular Gorgons could not.

TEMPORAL LOG: Atelis Warriors were adaptable, strong and surprisingly intelligent. Some who survived went their separate ways, living on their own in remote areas. It is possible that the stereotypical image of witches with distorted features and special powers has its basis in the tales of the Atelis Warriors. 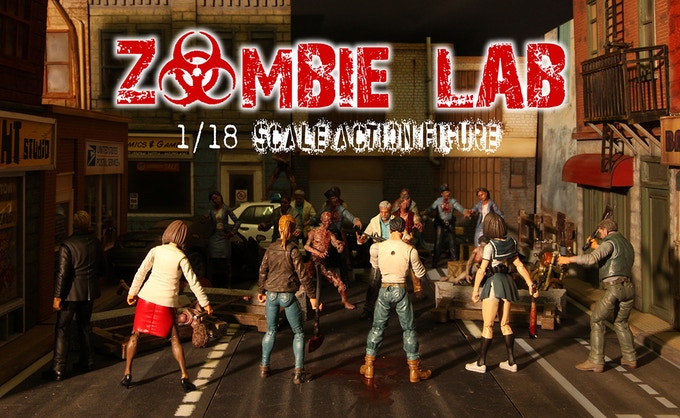 It’s almost time, folks! There’s less than 40 hours to go for the Zombie Lab 1/18 HACKS Figure Kickstarter Campaign from our friends at Dream Concept Studio! The Campaign is currently over $162K, with less than $8K to go until the next stretch goal is reached!

In case you’ve been MIA and aren’t familiar with this project, Zombie Lab is a project created by Dream concept, a brand from Locker Toys Group Limited, located Hong Kong. All Zombie Lab figures use the H.A.C.K.S. system from Boss Fight Studio and all sculpture work done by Boss Fight Studio. Therefore, not only are the figures interchangeable, but they’re deep fried in AWESOME!

If you’ve been on the fence, you’re running out of time…so head on over to the campaign and get your pledge in before it’s too late! You can join in on the continuing discussion after the break! 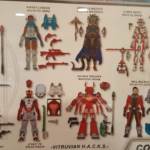 Thanks to James Pfremmer and Hisstank member haradrel we have some great images of Boss Fight Studio’s figure line and more! Check out these amazing images and figures after the jump. 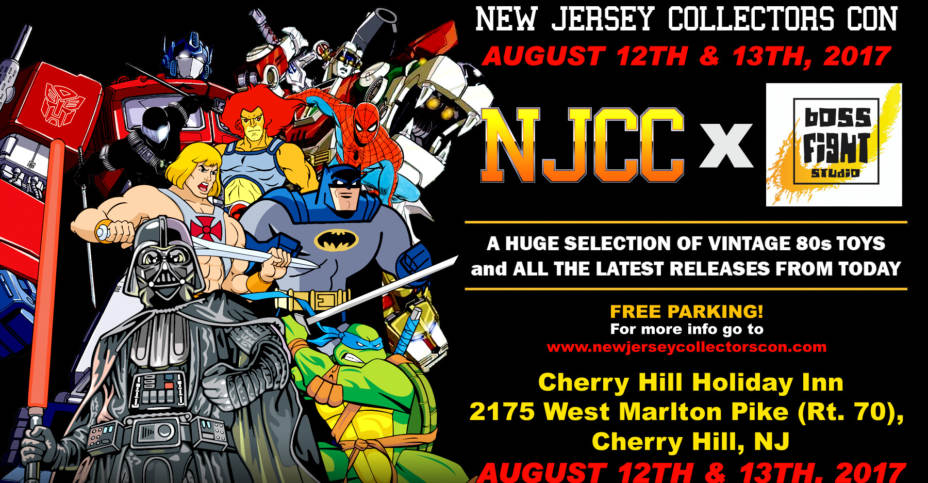 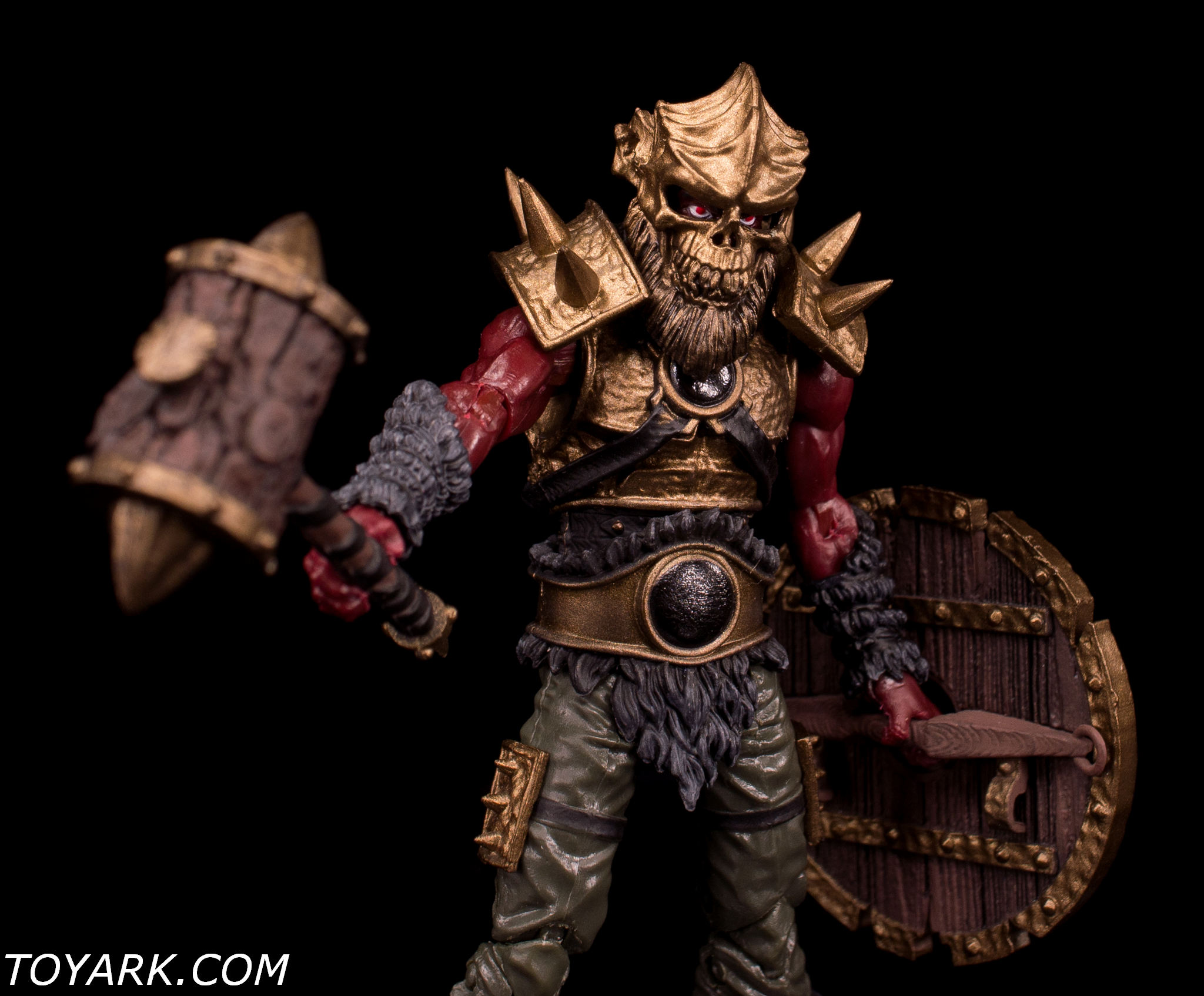 The Summer NJCC 2017 features a huge dealer room for Transformers, Marvel, G.I. Joe, DC and 80’s to current pop culture merchandise! NJCC is an action figure toy collector focused event. Boss Fight Studio will be set up showing off the latest and greatest from VITRUVIAN H.A.C.K.S. including Zombies, Bucky O’Hare and for the first time at retail SERIES 2 – VITRUVIAN H.A.C.K.S.! James Griffiths (Griff) is an illustrator/conceptual artist: Working for Hasbro Entertainment conceptualizing and designing figures, working for BLT Communications creating imagery for Movie posters like Avengers and Frozen, and working on branding and exclusive pieces of art work for different conventions and actors. James will be siging at the Boss Fight Studio booth. Wait that’s not all… NJCC will also have a get together at Red, Hot and Blue – Saturday Night starting at 8PM to celebrate the launch of SERIES 2 – VITRUVIAN H.A.C.K.S. in an adult way (must be 21 to enter) Stayed tuned for the announcement of the Boss Fight Studio Custom Class… 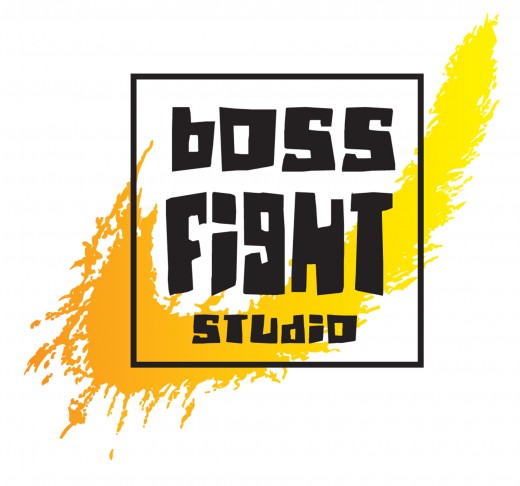 Toyfinity Toys will also be at NJCC showing off products from past present and future including the release for the first time ever at retail Hun Dred! So come check out Robo Force, Manglors, Zeroids, S.T.A.R. Team, and Mordles (formerly known as Rocks and Bugs and Things).
Utilizing the *GLYOS* System of interchangeable joints. 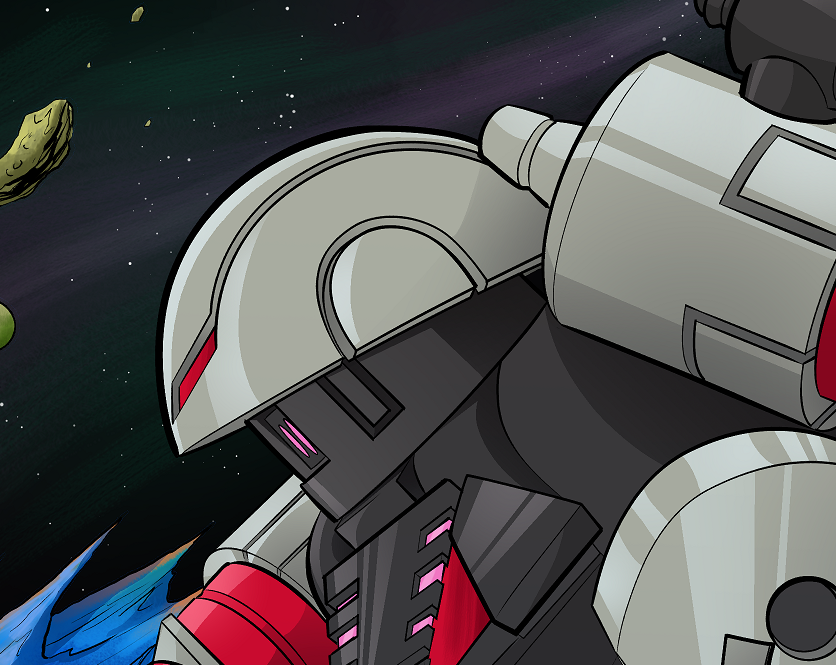 Marauder Task Force is back and this time they are bringing the heat with the NJCC Exclusive Marauder Task Force Engineer Ops figures! With never ending combinations of customization, awesome articulation, weapons and gear how can you go wrong? Marauder Gun Runners will be set up at NJCC. 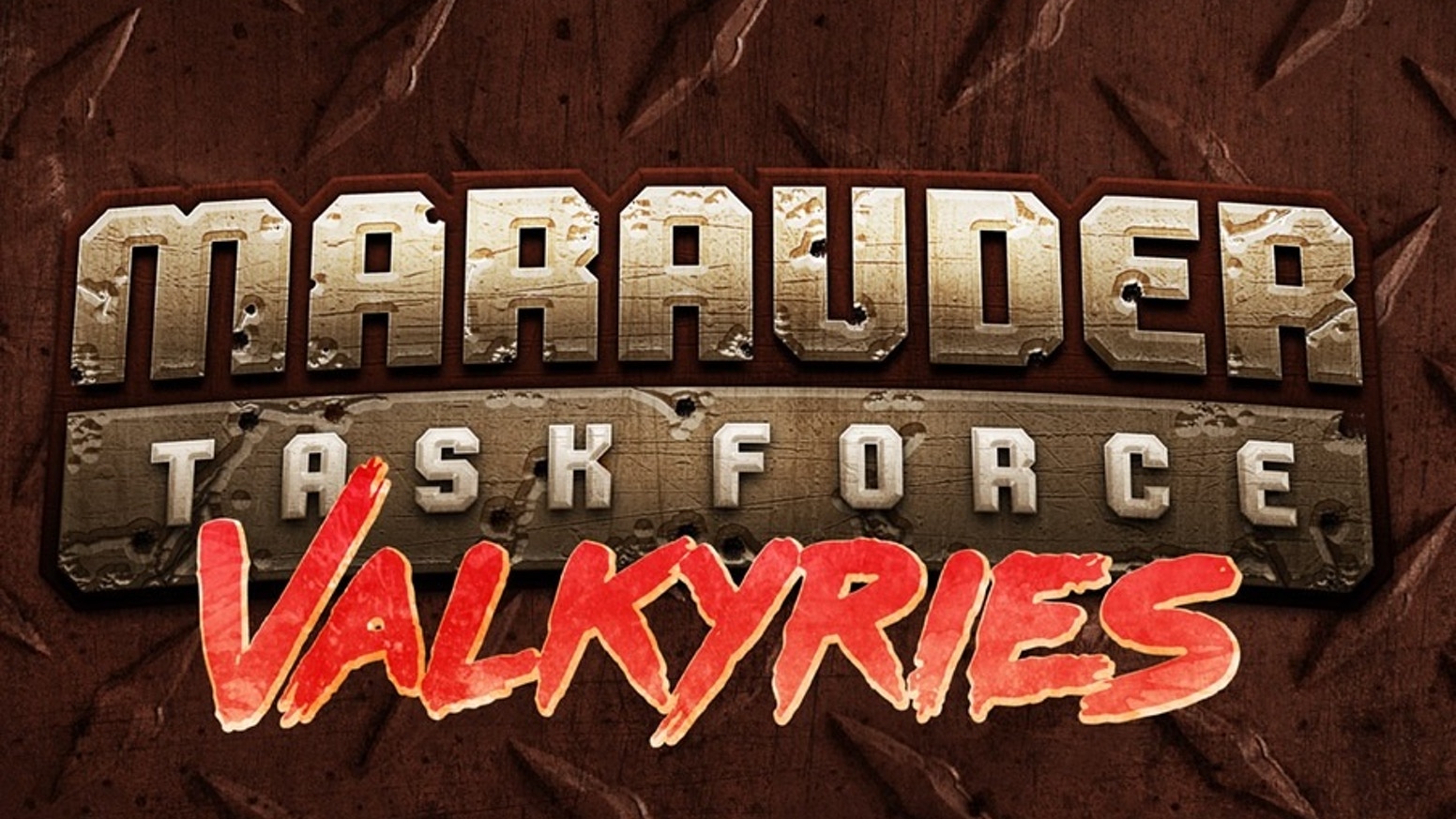 The Girls of the Finest will be crashing NJCC to help raise money for the 2018 Calendar – Helping Vets Get A New Leash On Life! 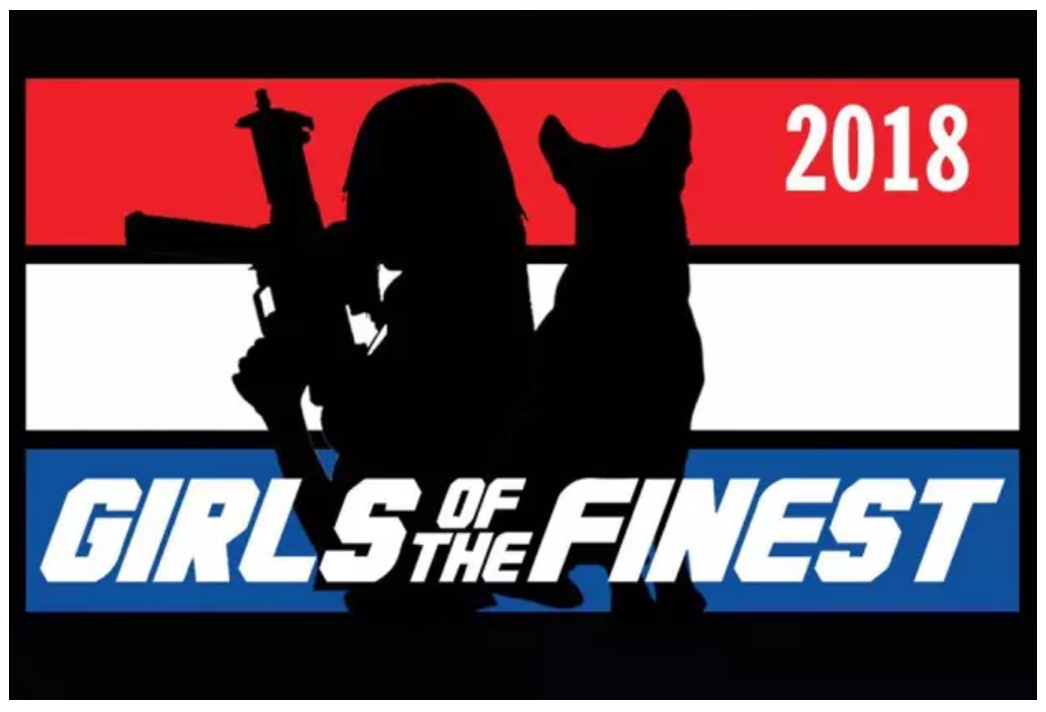 NJCC will also have their very own Boss Fight Studio Series 2 Fantasy Blasted Land Orc! He comes with a slew of accessories including a mace, sword, shield, 4 helmets, alternate head and extra hands. He also comes with spiked shoulder guards and armor for the body. $30 available at retail for the first time at the show. 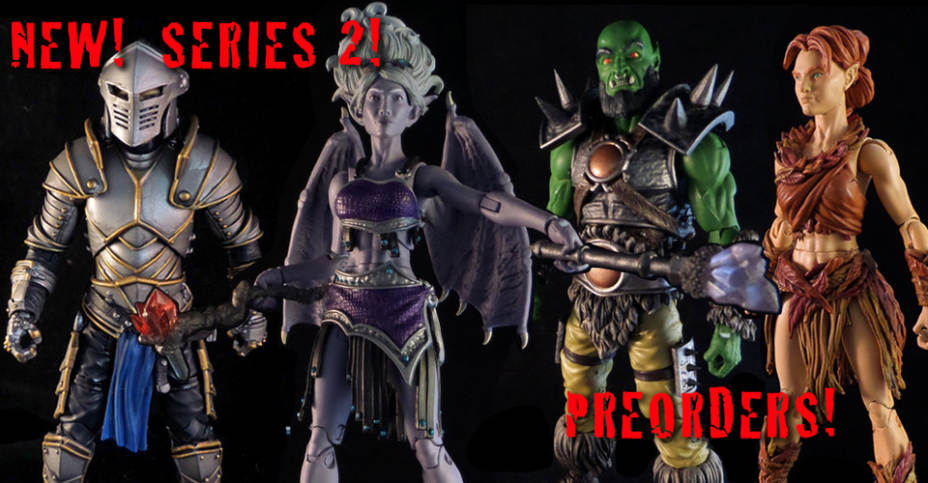 ACROSS A NEW WORLD THE BATTLE FOR THE AGES CONTINUES TO RAGE.

VALIANT KNIGHTS STRIDE ACROSS THE LAND. ELVES STALK THE WOODLAND REALMS. MAGIC IS SHAPED AND SHIFTED INTO POWERFUL SPELLS AND CREATURES. DRAGONS CUT THROUGH THE SKY BRINGING FEAR AND AWE, AND ALWAYS, THE WAR DRUMS OF THE ORC CONQUERORS BEAT.

TAKE UP SWORD AND SHIELD, BOW AND ARROW, OR SPELL AND STAFF AND RELIVE THE GRUESOME CONFLICT WITH THE FANTASY FIGURES FROM SERIES 2, THEN USE THE AMAZING H.A.C.K.S. SYSTEM TO MIX, MATCH AND MAKE YOUR OWN!

*These figures are adult collectibles for Ages 15 and up. Contain functional sharp points & small parts.” 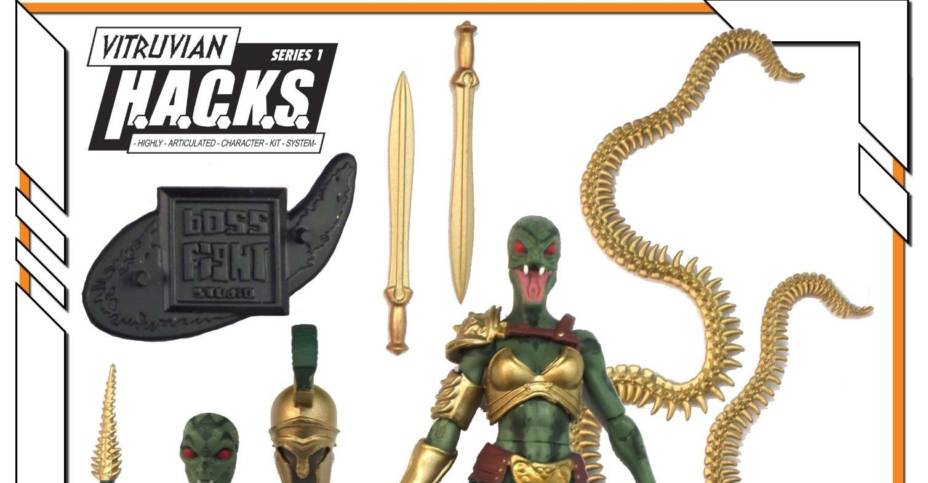 Boss Fight Studio has announced a new exclusive figure with Kokomo Toys… the ATELIS WARRIOR ALTERED AMAZON! Check out all the pics after the jump. 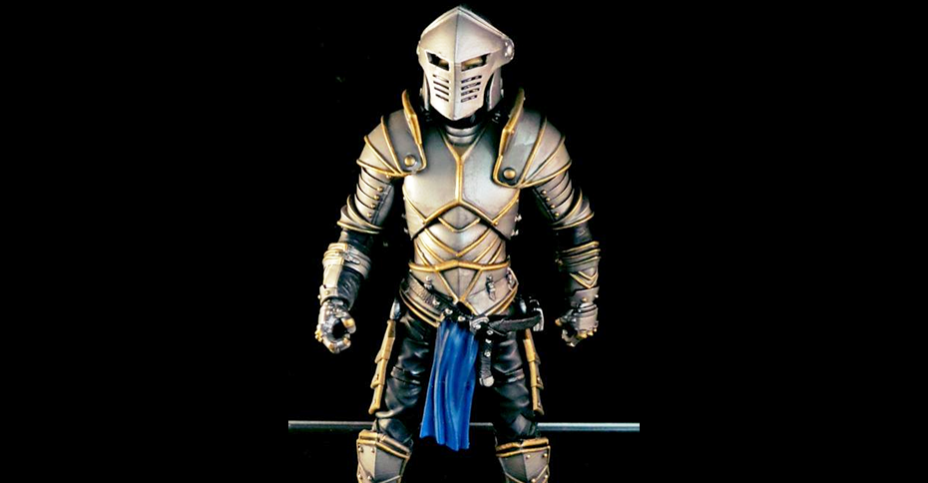 Following their highly successful Greek Mythology line comes the Fantasy Series from Boss Fight Studio! The first figure from the new assortment to be revealed is the Knight of Accord and wow, he looks fantastic!

The assortment will be coming our way this fall, so start saving now! Check out the preview then join us after the break for discussion already in progress!