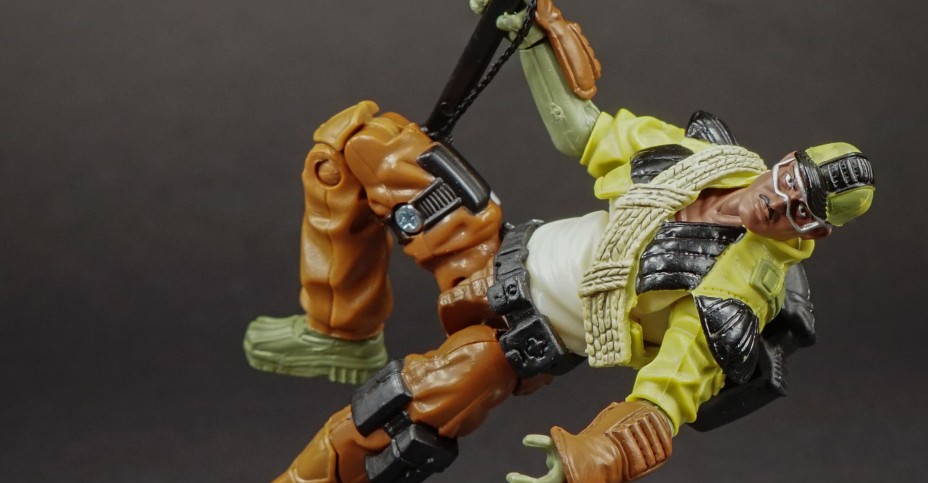 Alpine took up mountain climbing during college and continued as a recreation climber during his brief tenure as an accountant for a large publishing firm. When he joined the G.I. Joe team he relished the added challenge of climbing with weapons, gear, and armor while under enemy fire. When Cobra Rock Vipers assault a military communications installation, he beats them to the top to do battle, as his team fights Cobra Shock Troopers on the ground below.

Check out 15+ images of G.I. Joe 50th Anniversary Alpine after the jump.