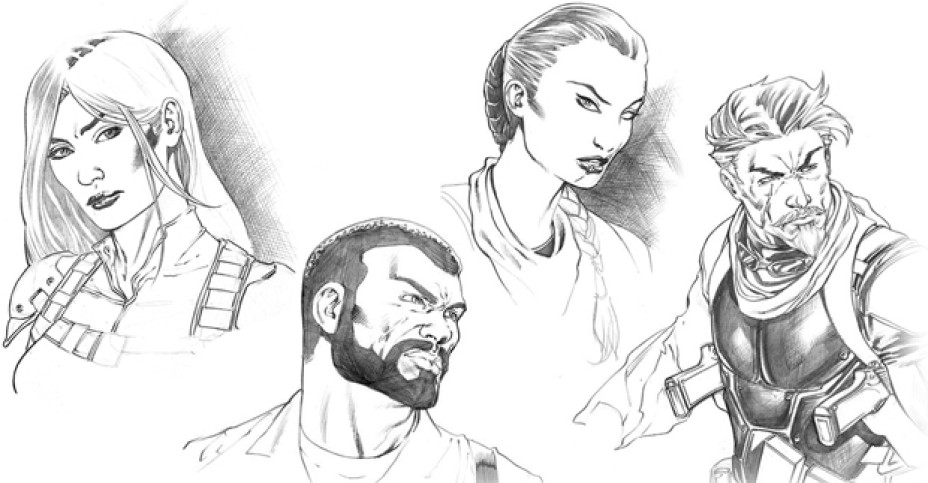 The time is finally here! Via Hasbro Pulse, G.I.Joe fans can now vote for 1 of 4 characters from the Kindle Worlds G.I.Joe Universe!

Hasbro and Kindle Worlds team up for crowd-sourced action figure

“I’m so excited for this fan vote,” said Mark Weber, Hasbro’s Manager of Global Brand Development for G.I. JOE. “This feels like an extension of the classic ‘Steel Brigade’ and ‘Create-A-Cobra’ fan authorship concepts that let fans ‘become’ recruits to the JOE or COBRA team, but with a modern fanbase twist. We’re also proud to acknowledge the incredible stories being created by the talented writers over on Kindle Worlds.”

Kindle Worlds provided a list of the top ten best-selling G.I. JOE stories, and four of the authors had new characters to submit for this project. G.I. JOE fans worldwide now have the opportunity to meet four new characters from Kindle Worlds stories and decide which one will become an action figure in 2016. Popular G.I. JOE artist Robert Atkins put together the initial character sketches for each candidate. Characters and events referenced herein are fictional and are not intended to depict actual characters and events.

Continue reading to check out the character bios and to get your vote in! Then join us after the break for discussion already in progress!

The four characters that fans can choose among for the G.I. JOE Kindle Worlds Toy Fan Vote are:

1) ADVENTURE TEAM MARCUS: Jim Beard is a longtime fan of the classic 12-inch G.I. JOE toys, and his vision comes alive in his own Kindle Worlds story – “G.I. JOE Adventure Team – Mystery of the Sunken Tomb.”

A graduate of West Point, ADVENTURE TEAM MARCUS was a communications specialist and battlefield medic before forming the ADVENTURE TEAM. Members of this elite group are cross-trained in medicine, geology, zoology, and engineering among other disciplines, and they apply their training on missions of exploration and rescue. An accomplished marksman, ADVENTURE TEAM MARCUS can handle any weapon from pistols to rifles, and is proficient in several martial arts including karate, kung fu, and even the gentler tai chi.

COBRA BLACKJACK had a distinguished military career in Eastern Europe before striking out on his own as a mercenary. When the BARONESS was young, he accepted the job of keeping her safe, and has continued to do so, faithfully, for years. Cold and calculating yet deeply honorable and loyal, he also became her trainer, seeing it as the best way to protect her from danger. Quiet, proficient, and deadly, he safeguards her through all her plots and schemes.

3) STILETTO: Bill Nedrow introduces us to this character in his third book “G.I. JOE: Body Count.”

With her facial scar, dead eyes, and streak of white hair — as well as her mysterious past and knife-edged battle skills — STILETTO makes even the G.I. JOE® team a little nervous. She joined the team alongside Cobra® defector Felix “Mercer” Stratton™, acting as his bodyguard, and has since become a strong asset to the team. With skills that hint at Special Forces training, she is proficient in most small arms weapons and an expert in the use of bladed weapons.

COBRA WHISPER was orphaned as a child by Cobra® forces, but has been led to believe that G.I. JOE® forces were responsible. Cobra Commander® used this misinformation to build her into his personal assassin, fostering her sense of isolation and thirst for revenge. She is an accomplished martial artist and an expert in sound-suppressed weapons ranging from knives and swords to pistols and submachine guns. The Commander also uses her as a military operative skilled in sabotage and armed combat.

The G.I. JOE Kindle Worlds Toy Fan Vote will be open for one week, from Monday, November 2nd 2015 through Monday, November 9th, 2015. CLICK HERE TO VOTE for your favorite character and help them become an action figure in the 2016 G.I. JOE toy lineup! One vote per person please.