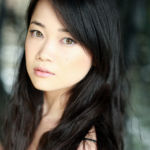 The Wrap is exclusively reporting the news of actress Haruka Abe joining the cast of G.I. Joe: Snake Eyes.

While the news does not convey who she will portray, it is likely that we will see her as Junko Akita; based on the leaked info back in last December.

If true, we are yet to hear about Soft Master, Blind Master and Kenta; brother of Storm Shadow who were also leaked along with the info on Akita.

Haruka Abe is a Japanese-British actress. She appeared in BBC’s Ideal as Miko, and as Marti in Sleepydog’s science-fiction TV series Slingers directed by Steve Barron.