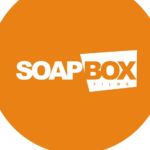 Amidst all the bleak news, allow us to bring a good one.

We have received a word that Soapbox Films will handle a portion of the post production for the upcoming Snake Eyes: G.I. Joe Origins movie. Soapbox Films is most notable for producing VFX, Trailers & Featurettes as post production activities and we believe that it will be the same for the new Joe movie as well.

The company also handled such tasks for Avengers: Endgame, Spider-Man: Into The Spider-Verse, Star Wars: The Rise Of Skywalker as well as upcoming movies such as Free Guy and Disney’s Mulan.

You can check out their official website for more info and check out the montage below to get an idea on what they do.