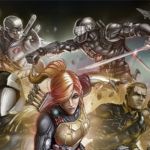 We have with us some extensive details from the upcoming video game G.I. Joe: Operations Blackout. This is not a review per se, but we’ll get to that, once we hit the official release date. Now, on to the main event.

The game consists of a story mode and several multiplayer features typical to most video games of this genre. But, this video game is not just another Third Person Shooter with a G.I. Joe coating. The game is in fact a love-letter to the fans of the franchise. Clearly, the developers are G.I. Joe fans. This is a game from fans to fans.

The story mode is NOT in two parts as earlier reported by gaming websites. It’s a mix. On one mission we play as Cobra and the another as G.I. Joe. But the story progression is linear. There are 4 difficulty settings, namely: Action Figure, Government Issue, Man Of Action, and Real American Hero.

There are total of 12 playable characters:

NPCs include B.A.T.s, Red Ninjas, and unnamed Joe soldiers. We also have vehicle based missions.

There are 17 missions in total. We’ll keep the story details after the jump, so that we won’t accidentally spoil those who are treading the front page.

Any spoilers after this, is at reader’s fault. Don’t say that we didn’t warn you. *wink

On early missions we have Cobra infiltrating U.S.S. Flagg and carrying out one of their diabolical schemes. Zartan acts as a guard to stop the Joes from stopping Cobra. Boss battle will include Destro.

A mission will also take place in Japan with Storm Shadow and Firefly teaming up. Another team up mission is with Destro and Baroness against an all-lady assault by Scarlett and Lady Jaye.

Middle of the story will have Snake Eyes hunting a relic known as ‘The Mold’ (good thing it’s not a Target exclusive).

The Joes will then proceed to recapture the Flagg and infiltrate Cobra HQ.

We’ve left out some of the most important tidbits including the ending. We don’t want to spoil too much. It’s a fun story. Just think of it as playing a massive ARAH episode with Cobra’s harebrained schemes and Joes looking for a MacGuffin to defeat Cobra.

There are plenty of Trophies to be earned and they are tough. Some trophies include completing missions within a set time and other will have the player performing flawless victories. There are two trophies for collectibles as well.

Story missions have primary and secondary objectives to complete.

Players can perform special ‘Ultimate Moves’. The moves are unique to the character.

Characters look near identical to the Classified Series looks. Therefore, this game might be our first look at Sci-Fi, Lady Jaye and B.A.T. 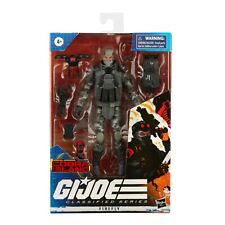 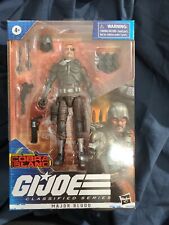 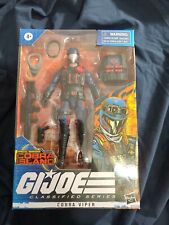 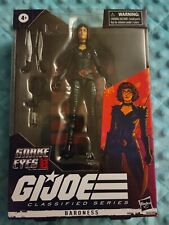