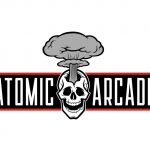 “Atomic Arcade is a brand-new video game development studio located in the Raleigh-Durham, North Carolina area led by industry veterans from AAA game and film studios. We are in the process of staffing up our development team with outstanding talent to build our first multi-platform, AAA game – a bold, new take on the GI JOE Universe starring the legendary character Snake Eyes! This is an excellent opportunity to not only build an outstanding AAA experience but to also help form the core foundations for the studio and team to build upon. We are proud to be part of Wizards of the Coast which is a division Hasbro.” 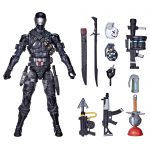 Hasbro Pulse website has been updated with actual product pics of Fortnite x G.I. Joe Zero Point Snake Eyes as opposed to the CGI renders of the same.

Snake Eyes is a total mystery, but when it comes to G.I. Joe operations, he’s the best there is. Now the mysterious ninja-commando drops off the Battle Bus and joins the Battle Royale in a Fortnite x G.I. Joe mash-up! This special release Snake Eyes: Zero Point Edition figure is highly poseable with multiple points of articulation and comes with iconic weapon accessories inspired by those used by the classic character and seen in the Fortnite Universe. Perfect for G.I. Joe and Fortnite collectors alike, this figure features premium deco and detail inspired by the worlds of G.I. Joe and Fortnite.

Chinese developer 37 Games is collaborating with Hasbro on a G.I. Joe-themed limited-time event within their Puzzles & Survival mobile game.

“Upon its launch in May, this limited-time collaborative event will pit players against the evil forces of Cobra over the course of six exclusive events, all while still striving to defeat the zombies that have become part and parcel of daily life. In doing so, players will have the chance to engage with the characters that have made G.I. JOE such an iconic action hero brand and enjoy the stunning visual effects and thrilling gameplay that the limited-time event will offer.”

G.I. Joe fans can download the game via Apple and Android app stores. You can also play the game on your PC using an Android emulator such as Bluestacks and Nox.

The event is scheduled to take place on May 6th and newcomers should be aware that they must go through a mandatory tutorial before accessing the game’s menus. Once accessed, the players can head on over to the Gift Code Redeem option and enter PNSGIJOE to unlock several goodies including weapons and supplies.

You can check out the trailer below and take a look at some promo materials attached to this news post.

The full press release can be found, after the jump.

END_OF_DOCUMENT_TOKEN_TO_BE_REPLACED

The company now has a logo as well as a brand new description for the game:

“Atomic Arcade is a brand-new video game development studio located in the Raleigh-Durham, North Carolina area led by industry veterans from AAA game and film studios. We are in the process of staffing up our development team with outstanding talent to build our first multi-platform, AAA game – a bold, new take on the GI JOE Universe starring the legendary character Snake Eyes! This is an excellent opportunity to not only build an outstanding AAA experience but to also help form the core foundations for the studio and team to build upon. We are proud to be part of Wizards of the Coast which is a division Hasbro.”

In addition to that, creative producer and GM Ames Kirshen sat down with GamesIndustry for an extensive interview about the game and the company.

“I always had this great desire to tackle G.I. Joe and take a crack at making an amazing game with the IP because I think there’s a lot of potential there,” Kirshen says. “So long story short, we decided to build a studio to support that franchise, to support that game.”

That studio is the Raleigh, North Carolina-based Atomic Arcade. The game is Snake Eyes, a AAA action-adventure title that Kirshen describes as “a much more edgy, contemporary, mature take on G.I. Joe to really suit what we felt we needed to have this IP and game resonate with a modern consumer.”

“It was a process of getting them comfortable with the direction we wanted to go with, that this is the type of content the market is looking for,” Kirshen says, “that people grew up with this IP and those who grew up with this IP back in the days of Real American Hero at its peak in the ’80s and ’90s are now fathers and uncles, and these are the mass consumers of these AAA consoles and PC platforms. And they want content that grows with them.”

You can check out the full interview at GamesIndustry. You can also apply for the new job roles via LinkedIn. 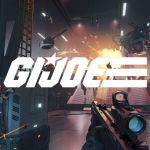 It’s been a while since we last heard from Hasbro‘s newly established video game development studio in Raleigh-Durham, North Carolina.

It just so happens that the studio now has a name as well as additional info to share with the G.I. Joe community. Known as Atomic Arcade, executive producer and creative director Ames Kirshen has top-secret intel about their upcoming AAA title G.I. Joe: Snake Eyes.

The company is working on a new G.I. Joe Snake Eyes game, to be published by Wizards. Kirshen said it’s a story he pitched up the chain that got approval last summer.

“We’re not giving away too many details,” he said, adding that there were several “layers” to the main character, and several directions the story could go. When asked what would happen after the Snake Eyes title, he said hopefully “Snake Eyes 2.”

At the moment, six developers are working on the project, and Mr. Kirshen is interested to recruit passionate employees from North Carolina’s Research Triangle area. A total of 20 staff members are required for the successful completion and delivery of the G.I. Joe: Snake Eyes console game.

We’ve highlighted only the important bits from the interview, but you can check out the full article at BizJournals (requires paywall access). 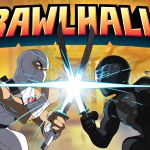 Brawlhalla, a Super Smash Bros-like cross-platform game, is collaborating with the G.I. Joe franchise to bring Snake Eyes and Strom Shadow into the game.

SAN FRANCISCO – February 15, 2022: Knowing is half the battle! Today, Ubisoft, in collaboration with Hasbro, Inc., announced that Snake Eyes and Storm Shadow from G.I. JOE will be available in Brawlhalla as Epic Crossovers on February 23. The clash of these iconic G.I. Joe and Cobra Ninjas will kick off an in-game event, featuring a new Showdown game mode map called Arashikage Dojo that will also be featured in the Brawl of the Week. The Arashikage Showdown is a four-player free-for-all skirmish where players will be faced with traps that can make or break the match. The player in the new Arashikage Dojo map with the highest score in three minutes wins, so using the traps and pressure plates to their advantage is key.

In addition to the new characters and map, some other G.I. JOE-themed in-game items will be revealed next week before the event launches. All new items and the map will still be purchasable and playable after the Epic Crossover Event ends.

Developed by Blue Mammoth, Brawlhalla is an epic free-to-play platform fighting game that transports over 80 million players to a fight for glory in the halls of Valhalla. Choosing from more than 50 unique characters, players can jump into single-player and co-op modes, as well as online and local competitions. Brawlhalla also supports cross-platform play between the Xbox One family of devices including the Xbox One X, Xbox Series X|S, Nintendo Switch system, PlayStation 4 and PlayStation 5 system, PC, Mac, iOS, and Android devices where players can play custom games and queue together for all online matchmaking.

You can check out the announcement trailer and the official screenshots, after the jump.

END_OF_DOCUMENT_TOKEN_TO_BE_REPLACED

Available for preorder at IconHeroes.com

The game officially comes to a halt following the sunset announcement back in October. Developer D3GO was generous to remove all microtransactions during this 3-month period to allow players to enjoy the game without any restrictions from paywalls.

Though released in January 2020, the game was revealed to the public in 2017. It lay dormant until the modern resurgence of the G.I. Joe franchise; following the reveal of the G.I. Joe Classified Series.

We thank D3GO and the players who played and supported the game. 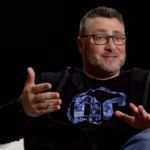 Sadly, Transformers: Rise of the Beasts was omitted from the usual introductory speech. For the moment, Hasbro announced entertainment plans for Magic: The Gathering as well as Dungeons & Dragons.

However, the highlight of the event was the excitement for the upcoming G.I. Joe console game by the newly established Raleigh-Durham Studio.

Hasbro is proud to introduce Ames Kirshen as the Creative Director of the studio. Mr. Kirshen previously worked on the Batman Arkham series as well as Injustice: Gods Among Us in addition to the highly acclaimed Spider-Man 2.

“When we think about G.I. Joe, we think about the consumer who was 12 years old in 1990 or 1995 when G.I. Joe was like one of the biggest toy brands in the world. We’re thinking about, ‘Okay, what would they like G.I. Joe to be today as a 35 or a 40 year old?’ We’ve been thrilled with the response to some of the early concepts, how we’re maturing the brand, and how we’re keeping some of the core DNA but taking it in bold, new directions. We are thinking that there’s an amazing opportunity for that.”

As announced during Hasbro Investor Day 2021, Wizards of the Coast is also ready to tap into other Hasbro brands (including Transformers) for console game development and stated that surprises are in store for the future. 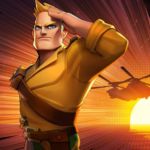 Debuting silently during 2017, the game went live back in January 2020; at the start of the recent resurgence of the G.I. Joe franchise. The game saw one major upgrade (ver 2.0) exactly 1.5 years from its release.

“We regret to announce that on December 10, 2021, the G.I. Joe: War on Cobra servers will be shut down and the game will no longer be playable. The entire team wants to thank all of you for joining in the fight!”

You can check out additional info on this announcement, after the jump. Players can also visit the official website for refunds related to purchases made after September 15th, 2021.