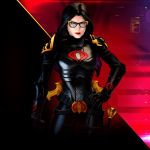 It’s not too long ago that we discovered a shipping invoice containing a new Retro Line listing for the brand we know and love.

According to the listing, the figures are not the 3.75 Modern Era or the O-Ring line; but a brand new 6-Inch Classified Series line.

The only difference comes from the packaging dimensions, which as the name indicates, is a Cardback instead of a Box. To further confirm the matter, the dimensions approximately match Hasbro’s own 6-Inch Cardback line for Star Wars.

You can check out the listings via Walmart: