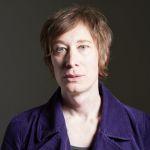 Among the tidbits dropped, it is specified that the series will consist of three books.

Additionally, Hasbro had insisted that the protagonist is a new character to the G.I. Joe universe.

“This is my first time working with a licensed property. As someone who primarily writes original works, I am accustomed to being the final word on who my characters are, and how they behave. But in this case, Hasbro has final say. That took some getting used to, for sure. But on the whole, I have been struck by their level of care for these characters, and the overall experience has been very positive so far.

GI Joe Classified is a planned three book series. Each story will be self-contained, but building off the previous volume. It’s geared toward kids (the target age is 8-12), but there are tons of easter eggs for long time fans. Hasbro was very firm that they wanted the protagonist to be a new character, but of course they also let me bring in other beloved characters. Although Scarlett, Snake-Eyes, Firefly, Baroness, and others are pint-sized, I’m confident that at their core, they’ll still feel familiar. My hope is that these books serve as a way for old fans to introduce this franchise to a kid in their life.”

On selecting characters from the roster and Book 2:

“I was pretty much allowed to choose anyone, as long as one of them was Snake-Eyes :)

The big restriction, is that they wanted quality over quantity. They only let me put a handful of characters in there. So I had to really think hard about 1.) who did I love the most, and 2.) which characters would best serve the story I was trying to tell.

I struggled with that at times. For example, I really wanted to put Destro in there. But in the end, Hasbro and I agreed that he just didn’t have enough to do in the narrative, and he deserved more time and attention. So we decided to save him for Book 2, where he is basically going to be the primary antagonist.”

You can check out the full Q&A session on Reddit.