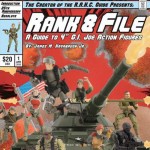 Mr. James Kavanaugh, aka KuuKuuSon, has sent out word indicating that the Rank & File Guide is now available World Wide! Here are the details –

The time is finally here and the Rank & File Guide Vol. 1 is now available as a stand alone option.  Vol. 1 is $20 plus shipping (U.S. or International).  Domestic default shipping is Media Rate and International shipping default is First-Class Mail International.  Email [email protected] for special instructions and additional rates may apply.  The R.A.H.C. Guide is also still available and combo rates are available for both guides.

Order now, supplies are severely limited and supplies have been moving fast!

As noted above, this book is sure to sell out quickly, so make sure to get your copy today! 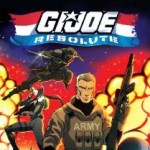 Can you believe it? This week marks the 6th Anniversary of G.I.Joe Resolute!

G.I.Joe: Resolute was an animated series that offered viewers a much more mature take on the G.I.Joe franchise. The series originally debuted on the internet, as clips that aired on Adult Swim Video. With a Content rating of TV-14V, it was clear to see why this series was a hit with fans, as it gave us all the “big kid version” of G.I.Joe that many of us had been waiting for. I’d even go as far as to say G.I.Joe Resolute is the best G.I.Joe movie out there to date.

Resolute spawned a line of figures, from single carded offerings, to comic packs and multi packs. This included Modern Era “Resolute” style figures of Cobra Commander, Cobra Trooper and Duke (single carded). A five-figure “Resolute” box set was also released, with Cobra Commander, Cobra B.A.T., Cobra Officer, Cobra Trooper and Duke, repainted in colors from the cartoon series. Two “Comic book 2-packs” were released, one with Destro and Shockblast, the other with Storm Shadow and Tunnel Rat. Both comic packs included Resolute comic books, with new stories by Mr. Larry Hama. The following year, in 2010, a Joe and Cobra Multi pack were released, giving fans many characters that may have not seen the light of day otherwise.

Head on over to the HissTank.com Database to check out the entire line of G.I.Joe Resolute Figure Offerings. 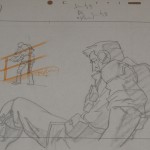 Ebay seller icollect-online has posted several auctions for animation art from GI Joe Resolute with some art from GI Joe A Real American Hero sprinkled in. These pieces formed the basis of the eventual animation cels used.


There are plenty more auctions up of GI Joe art for sale at the icollect-online ebay page. We’ve mirrored some of the artwork here, check out the art after the jump! END_OF_DOCUMENT_TOKEN_TO_BE_REPLACED 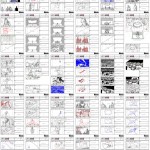 Lauren Montgomery has updated her blog with storyboards used for 1 segment of GI Joe Resolute. It’s been almost 2 years since Resolute aired, and during 2009 it was a hot topic on the boards, commanding a large following within the fandom. Being that it is the most mature GI Joe cartoon to date, it resonated with many fans.

Without further ado, check out Lauren Montgomery’s Resolute storyboards after the jump! END_OF_DOCUMENT_TOKEN_TO_BE_REPLACED 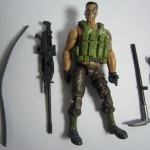 Hit the thumbnail to take a closer look. We’ve seen some frankenjoes earlier this year that had Jurassic Park markings, what other GI Joe toys will cross over? END_OF_DOCUMENT_TOKEN_TO_BE_REPLACED 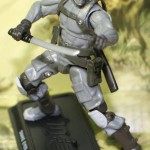 Winter God has posted up close images of the upcoming GI Joe Resolute 7 packs at ACTOYS. The Cobra figures shown are:

From the GI Joe team we have:These online exclusive sets will be released in a few months, hit the title bar to preview them! END_OF_DOCUMENT_TOKEN_TO_BE_REPLACED 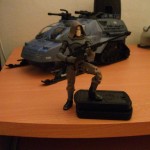 HISS Tank boards member Dirtbag just got his Resolute Zartan figure in the mail, and he has shared images with us of the sinister Cobra assassin. This figure is shorter than previous, Modern Era/25th Anniversary versions of Zartan. To get an idea of how short this figure is compared to others, images showing City Strike Snake Eyes and Resolute Destro can be seen as well.

Hit the title bar to check out Resolute Zartan! END_OF_DOCUMENT_TOKEN_TO_BE_REPLACED 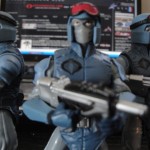 The GI Joe Resolute 7 packs are a few months away from release, and HISS Tank boards member Karma Cop has come through with new images of the Resolute Alley Vipers! Some of the gear included, and the head sculpt will be reused on the upcoming, single carded Alley Viper from the GI Joe Pursuit Of Cobra line.

The parts used on this figure include a mix of new parts with parts from Resolute Training Storm Shadow and the elusive Resolute Trooper from wave 13 of the Modern Era line. Hit the title bar to see more! END_OF_DOCUMENT_TOKEN_TO_BE_REPLACED 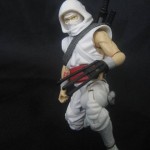 Hhhh1028 of ACTOYS has posted all new images of a loose and complete, GI Joe Resolute Storm Shadow from the Resolute Cobra 7 Pack. This version has the tatoos revealed in episode 8, during Storm Shadow[/b]‘s fateful duel with Snake Eyes, in which he inadvertently tricked Snake Eyes into teaching him the 7th step(the new footage made for the DVD shown after the credits alludes to Storm Shadow being alive).

We are a few months away from this figure’s release, over a year after it’s planned release(originally planned for Modern Era wave 14). Hit the title bar to preview the figure! END_OF_DOCUMENT_TOKEN_TO_BE_REPLACED 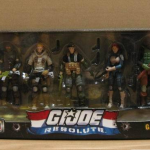 TARDIS has posted auctions for the Cobra 7 Pack and GI Joe 7 Pack from GI Joe Resolute on Tao Bao. This is the 1st time that both sets have appeared for auction in box. Both sets are internet exclusives scheduled for release in fall, and fans have desired more Resolute figures(and Resolute toys in general, like vehicles) since 2009.