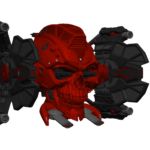 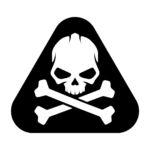 A little over a year ago, a Minnesota-based toy company named Roboskull applied and obtained action figure trademarks for Skeletron, Red Shadows, and Roboskull from the United States Patent & Trademark Office (USPTO).

Those who are familiar with UK’s Action Force need no introduction for the aforementioned trademarks including the name of the company.

Jump to the present day: A bunch of social media channels and an official website popped up with hints towards Red Shadows; the near-forgotten enemy of the Action Force. In fact, the official Facebook page even tagged Bob Brechin; one of the original designers of Action Force toys including Skeletron and Roboskull.

The company revealed several logos and stated that official reveals are coming soon.

All of these hints point towards a revival of Red Shadows by Roboskull LLC parent company and its Skeletron subsidiary.

You can check out their trademarks and links to official pages, after the jump.