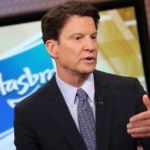 After a successful 2nd Quarter in 2019, Hasbro CEO Brian Goldner spoke to CNBC to further clarify a statement made during their financial call.

Due to the recent Trade War between United States and China, Hasbro has decided to reduce its toy production in China and keep it under 50% by 2020.

The company currently produce 20% of its products in US while 67% comes from China.

You can check out Mr. Goldner’s interview, after the jump.

Hasbro CEO on reducing toy production in China below 50% by the end of 2020 from CNBC.

Join the Conversation! › Hasbro To Reduce Toy Production In China And Move To India And Vietnam Discussion