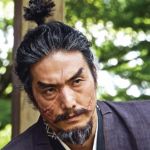 We have received a word that Japanese actor Takehiro Hira is set to become the main villain of G.I. Joe: Snake Eyes live action movie.

It is unclear which character he will embody, but if the rumor is true, Mr. Hira will become an original Cobra character named Kenta.

“Of course if it’s a GI Joe movie, Cobra must somehow be present and in this instance their presence is made manifest in what appears to be a character created for the film: Kenta. Kenta is revealed to Storm Shadow’s brother who has long since left his family, the Arashikage, and joined with a rival ninja clan, the Kurayami. It is Kenta who attempts to lure Snake Eyes away from the Arashikage and into a terrorist plot being devised by Cobra.”

We await for further information.

Check out Mr. Hira in action: