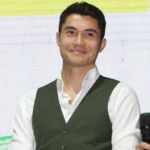 While on press tour for his latest movie, actor Henry Golding spoke about his upcoming movie G.I. Joe: Snake Eyes.

“[While growing up] I was a huge fan of the G.I. Joe and Transformers mix. It just blew my mind that those two worlds could coexist. So I had all those comics and to be honest it’s as lovely and amazing as the sort of romantic comedies are. There’s a physical challenge that I did not understand until I was doing Snake Eyes, in action movies; which is so tiring and [turning towards his co-star Emilia Clarke] like you’ve done the Terminator and you were beaten to a pulp and I can totally understand how tiring it is.”

He had a very definitive statement when asked about how G.I. Joe: Snake Eyes would fit in with the previous G.I. Joe movies; Rise Of Cobra and Retaliation.

“This is definitely a standalone. Yeah. I’m Snake Eyes in the film. It is his origin. It is him becoming who he is and I think people are going to be blown away with what Robert Schwentke, the director, has conceptualized. We have the best team.”

When asked about whether Snake Eyes’ face will be concealed:

Mr. Golding’s statement is a clear evidence that G.I. Joe: Snake Eyes’ connection to the existing G.I. Joe Live Action Movies is the same as Transformers: Bumblebee was to the Michael Bay Transformers Live Action Movies. It is likely that fans can connect to the existing ones but can also consider it as a soft-reboot with a potential to forge its own path later; if needs be. But, only time can tell.