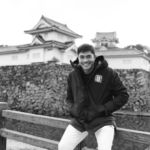 Henry Golding has left an Instagram note to his fans regarding the 1st Trailer for Snake Eyes: G.I. Joe Origins. As we reported, Mr. Golding stated that he was set to reveal the trailer on April 2nd at Cinemacon 2020, prior to its cancellation.

“[On April 2nd] we were going to be in Las Vegas to reveal the first look at #SnakeEyes… It was going to be extraordinary. Looks like we will have to keep it under wraps for the time being, but hopefully for not too long.”

Based on his statement, the trailer could be hitting the internet in a very short period of time. As we stated earlier on our previous movie news post, the trailer should arrive somewhere before the end of April.

Keep your fingers crossed and stay tuned to HISSTANK for more information.