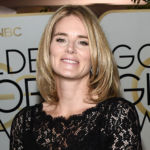 President of Paramount Pictures’ Motion Picture Group (MPG) Emma Watts has resigned from her position in the wake of the departure of CEO Jim Gianopulos and other executives.

Emma Watts was instrumental in rebuilding Paramount, following the downfall of the studio in 2017. The tasks she did were second only to Mr. Gianopulos, and she was touted as the replacement of the CEO once he resigns. In 2020, she was appointed as the overseer of Transformers & G.I. Joe Live Action Movie Franchises.

Jump to the present day. ViacomCBS Chairman Shari Redstone surprised the entire company by naming Brian Robbins as the new CEO of Paramount Pictures. After what is reportedly a heated discussion, Emma Watts stepped down from her position which was quickly filled not by one, but two heads for the Motion Picture Group. Mike Ireland & Daria Cercek will now lead MPG as co-presidents.

At the time of her departure, Emma Watts was catering to Transformers: Rise Of The Beasts, Sonic The Hedgehog 2, Dungeons & Dragons among others.

Mike Ireland & Daria Cercek is to look after the G.I. Joe Live Action Movie Franchise as successors of Emma Watts.

“Paramount also benefited greatly from the deep talents of Emma Watts who, among so many accomplishments, helped build a terrific team at the studio, facilitated overall deals with top-tier talent including John Krasinski and Ryan Reynolds, and shepherded a number of exciting upcoming projects including the latest film in the Star Trek franchise, the newest Transformers film, and a star-studded Dungeons & Dragons adaptation. We wish her nothing but success in her future.”

TFW2005 attended the Goldman Sachs 30th Annual Communacopia Conference to learn more about Paramount’s future plans. Bob Bakish, the President and CEO of ViacomCBS, stated that in the future Paramount will send low-budget movies directly to streaming (Paramount+ service) while kids/family-friendly movies will see ‘day and day release’ (theatrical and streaming at the same time). Big budget movies will see theatrical release followed by a short window (45 days as opposed to 90 days) to their home release. However, Mr. Bakish stated that such plans may change in the future.