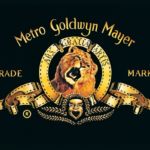 Amazon has acquired Metro-Goldwyn-Mayer Studios (MGM) for a whopping $8.45 billion.

MGM is a major co-producer and a co-financer of the Paramount G.I. Joe Live Action Movie Series, including the upcoming Snake Eyes: G.I. Joe Origins.

Quite recently, Amazon has entered an agreement with Paramount to produce and stream a brand new TV series based on Lady Jaye.

With this new developement, co-production of the G.I. Joe movie franchise will fall under Amazon as well.