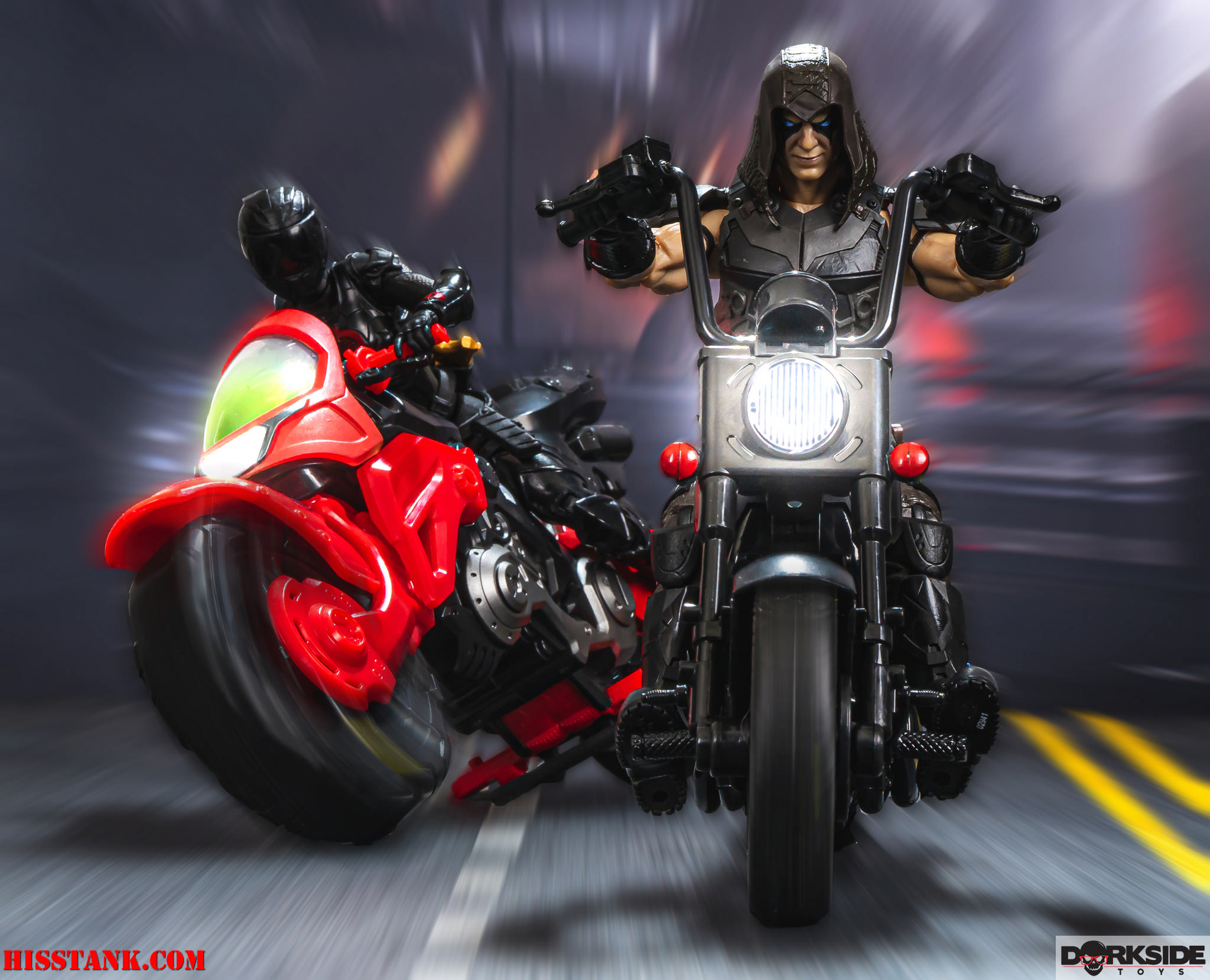 I can be anyone, anywhere. You will never know that you are talking to me, unless I wish it.  Time for a look at G.I. Joe Classified Wave 3 Zartan!   This comes packed along with a repaint of the Cobra Trooper as Cobra Infantry, and running change redecos of Scarlett and Roadblock.  Zartan continues the trend of keeping it tight with the original looks in a semi real world tone.  He’s starting to ship at some retailers now, but I actually scored it a bit ago from a fellow HissTank forum member @andhuck – so thanks my man!  Read on to check out some additional thoughts and over 55 HD images courtesy of Dorkside Toys!

He’s still rocking the mid drift with armored upper and shoulder pads.  Hood is there, and removable.  Underneath he’s bald and features his classic eye paint.   The , a NEW neck scarf is present, giving us a pop of that vintage maroon color.  On the lowers we have tech armor plating on the forearms thighs and shins.  The gloves and hood both have snake (gator?) skin molding which is a nice touch.  Belt has a Dreadnok logo which is bad ass.  Thigh plates and therefore lower half look like they could be used for a Major Bludd down the road, have similar cuts to the original toy.  All speculation there tho.

Gear includes a sash belt with knife sheath in the back.  Sci-fi pistol.  Backpack that opens to reveal an alternate face that fits over a standard one (little big).  And new here – two creepy charms – a monkey paw and a cobra head that can hang off his belt or backpack.

Original listings mention this figure had a color change feature in UV light.  That has since been removed, but no official clarification.  I ran some tests with a UV flash light, leaving it in window, heat, light, cold, and nothing changed that I could see.  His eyes are painted a very vibrant blue, almost like they should do something, but if they did it was so minimal I can’t tell.

Of note – the bike and some of the weapons seen here in this photo shoot come from the Marvel Legends Punisher Bike Set (on Amazon).  So the bike, horned helmet, machete, real world guns, bat and sawed off shotgun – all from the Punisher set.  It works pretty damn perfectly IMO.

The color change shots – done in Photoshop.  Figure does not do that.  Check out our shots below! 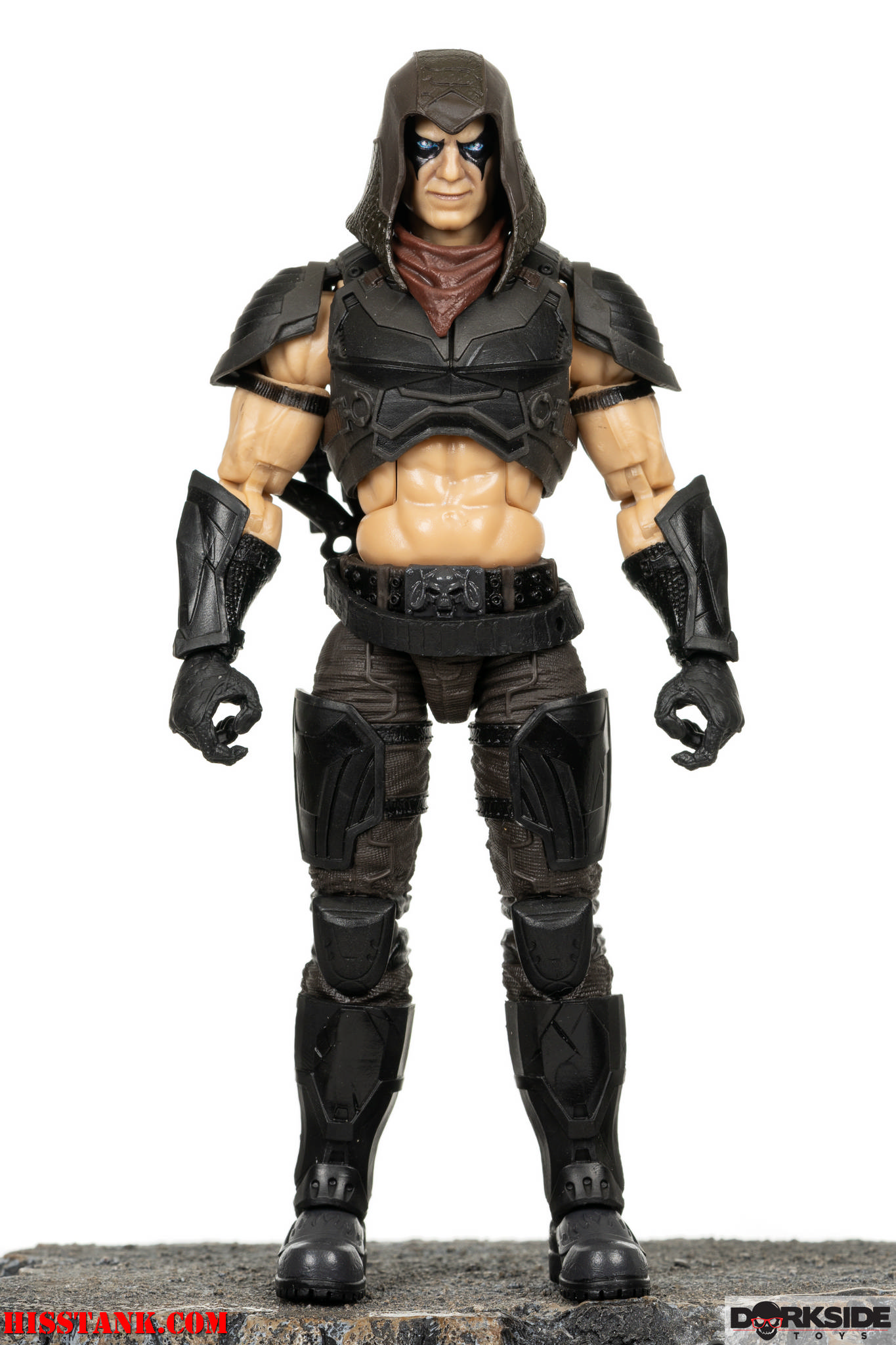 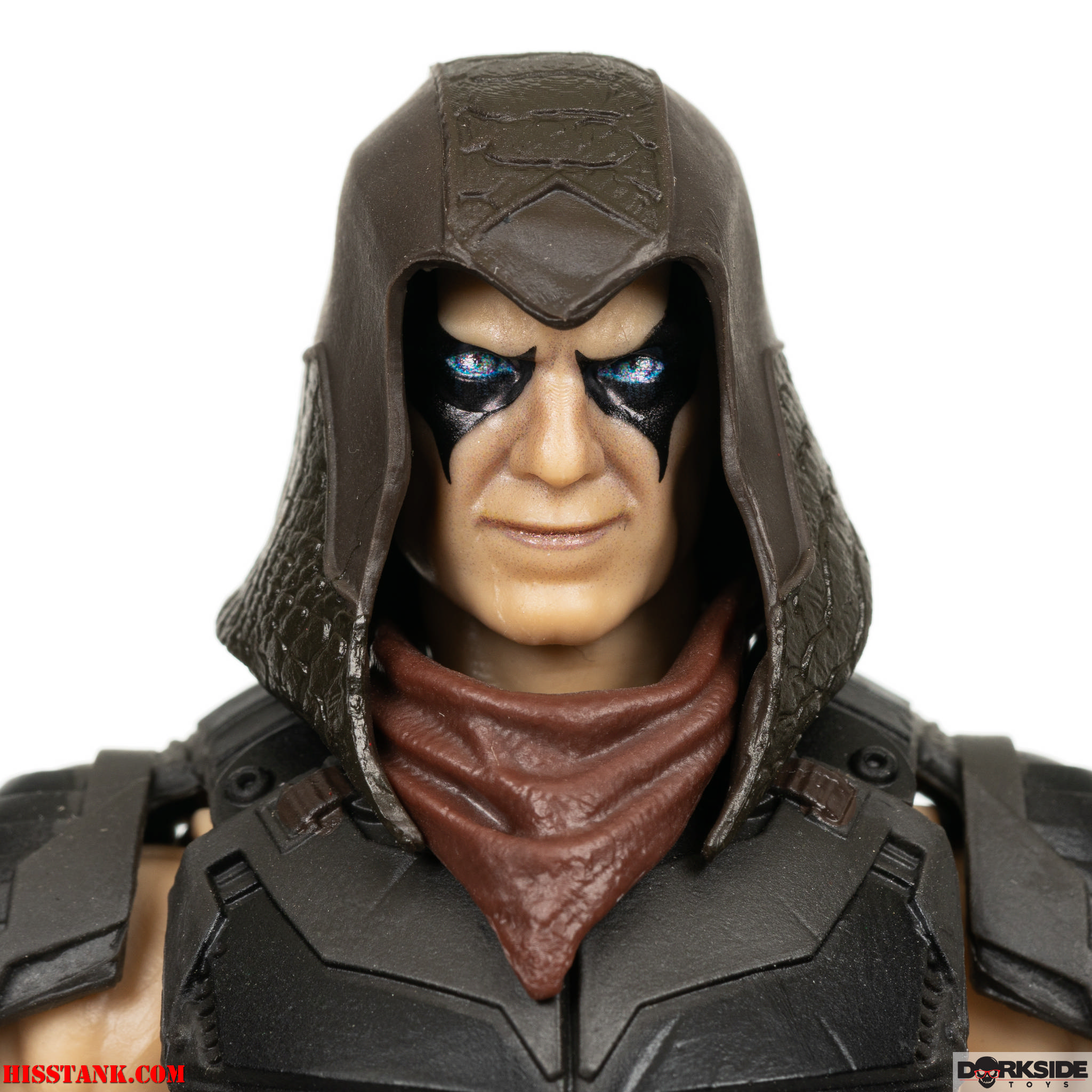 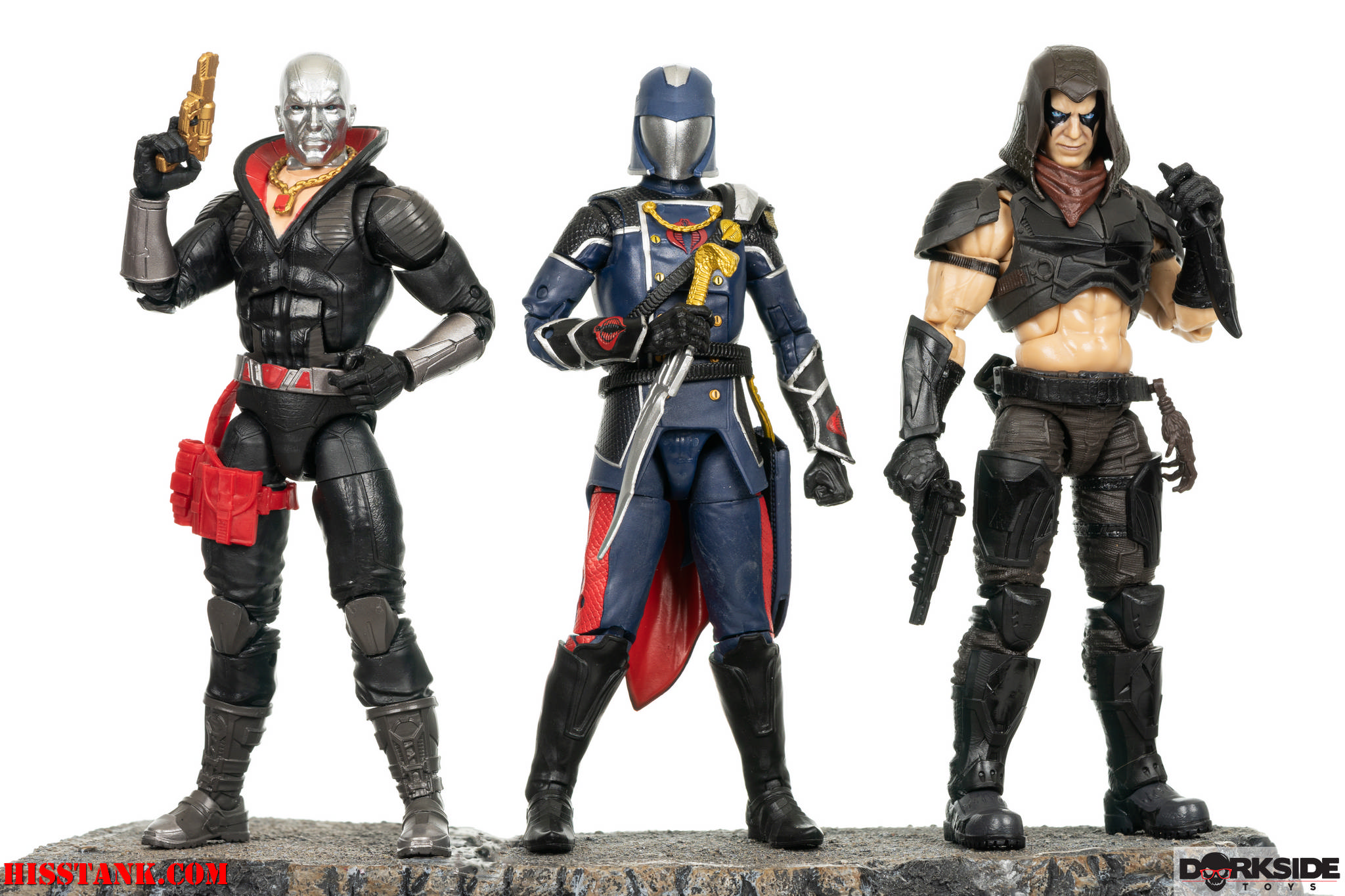 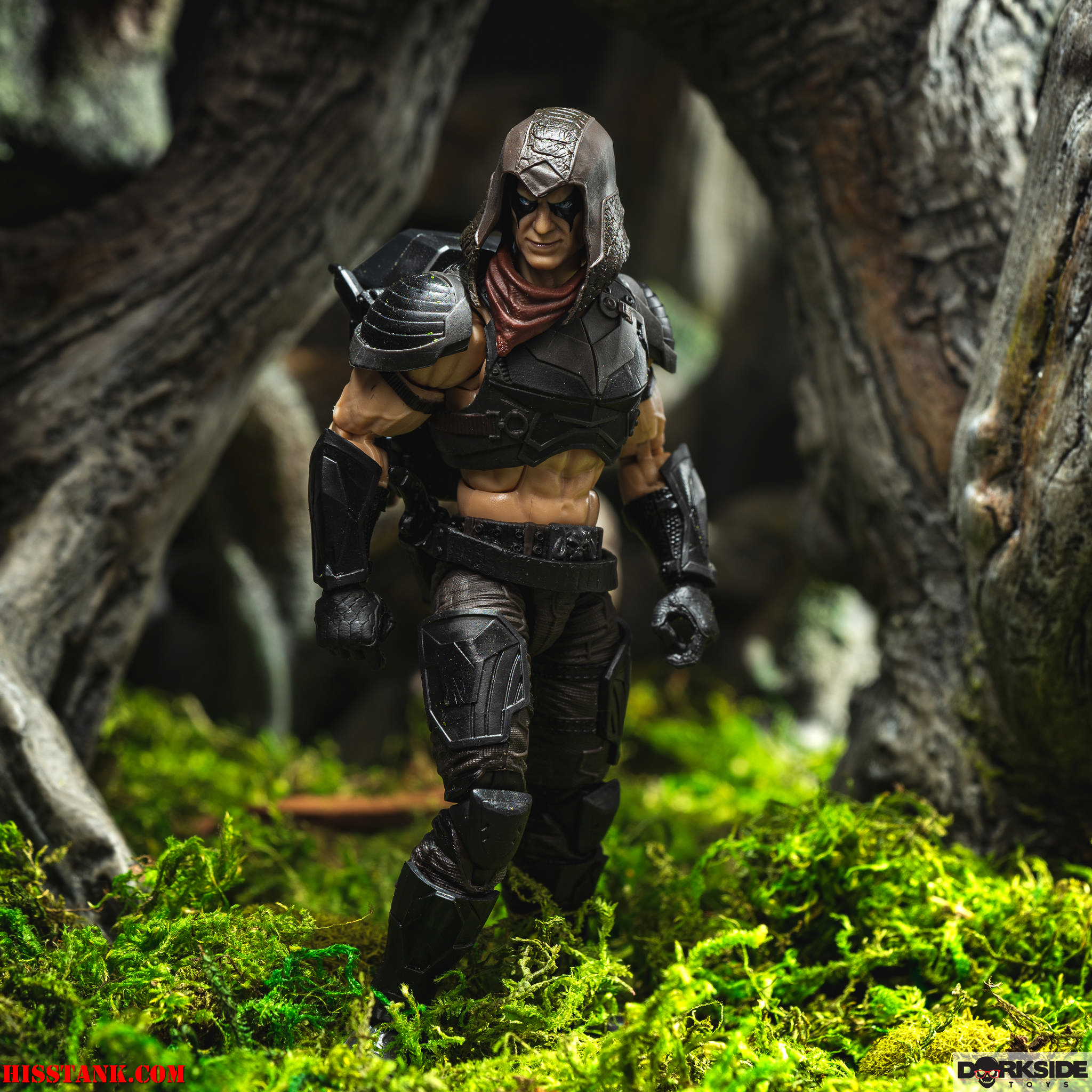 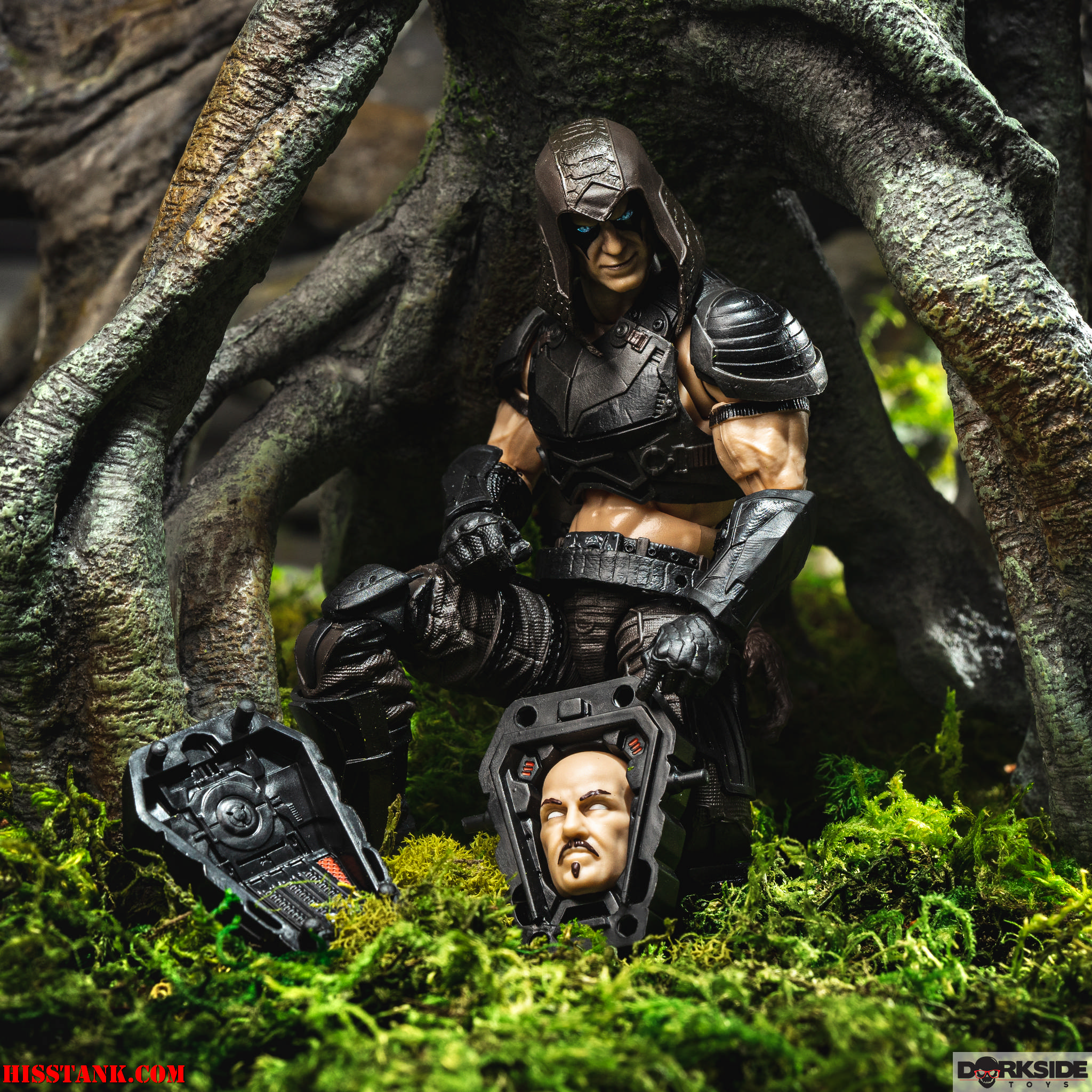 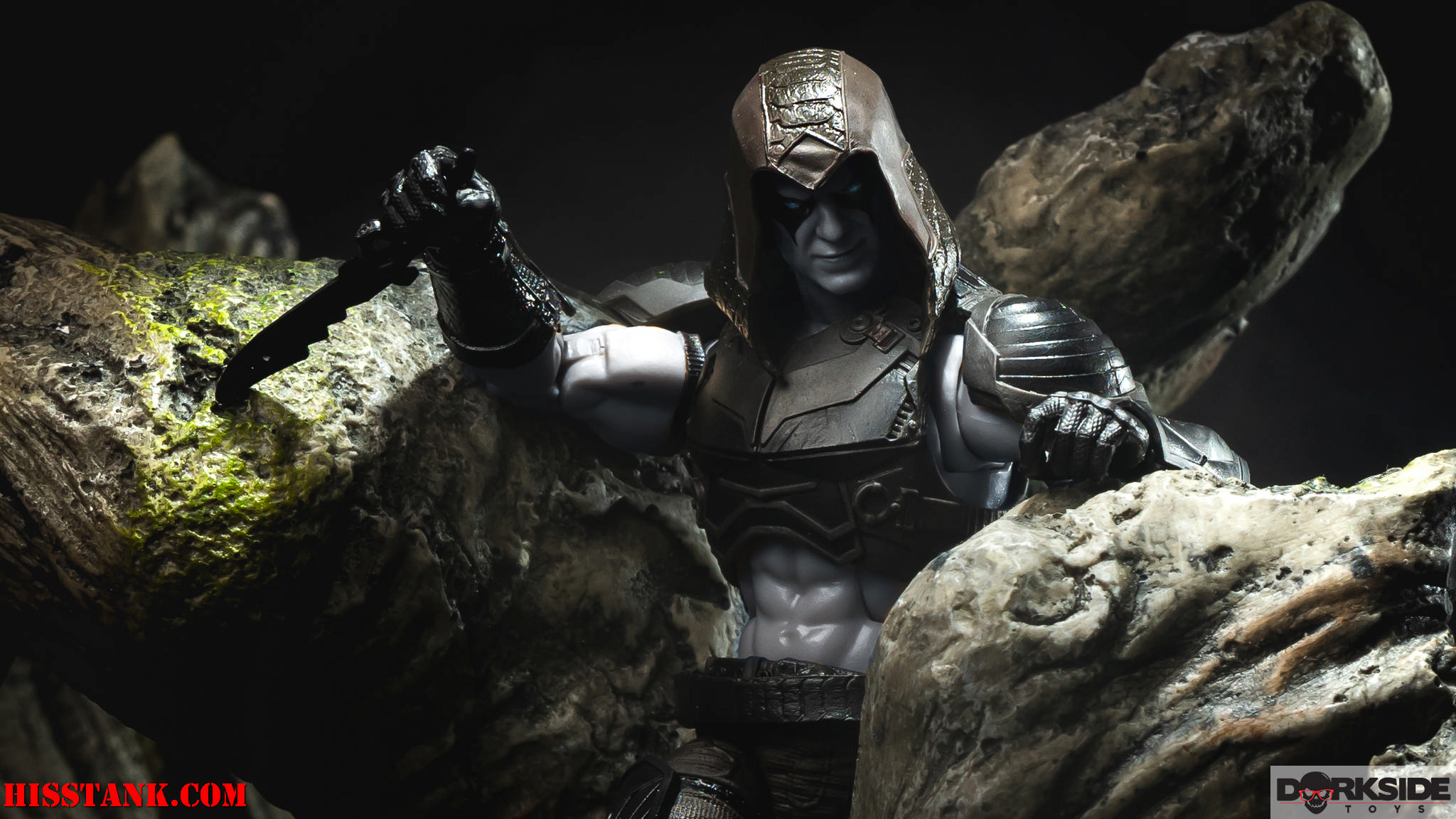 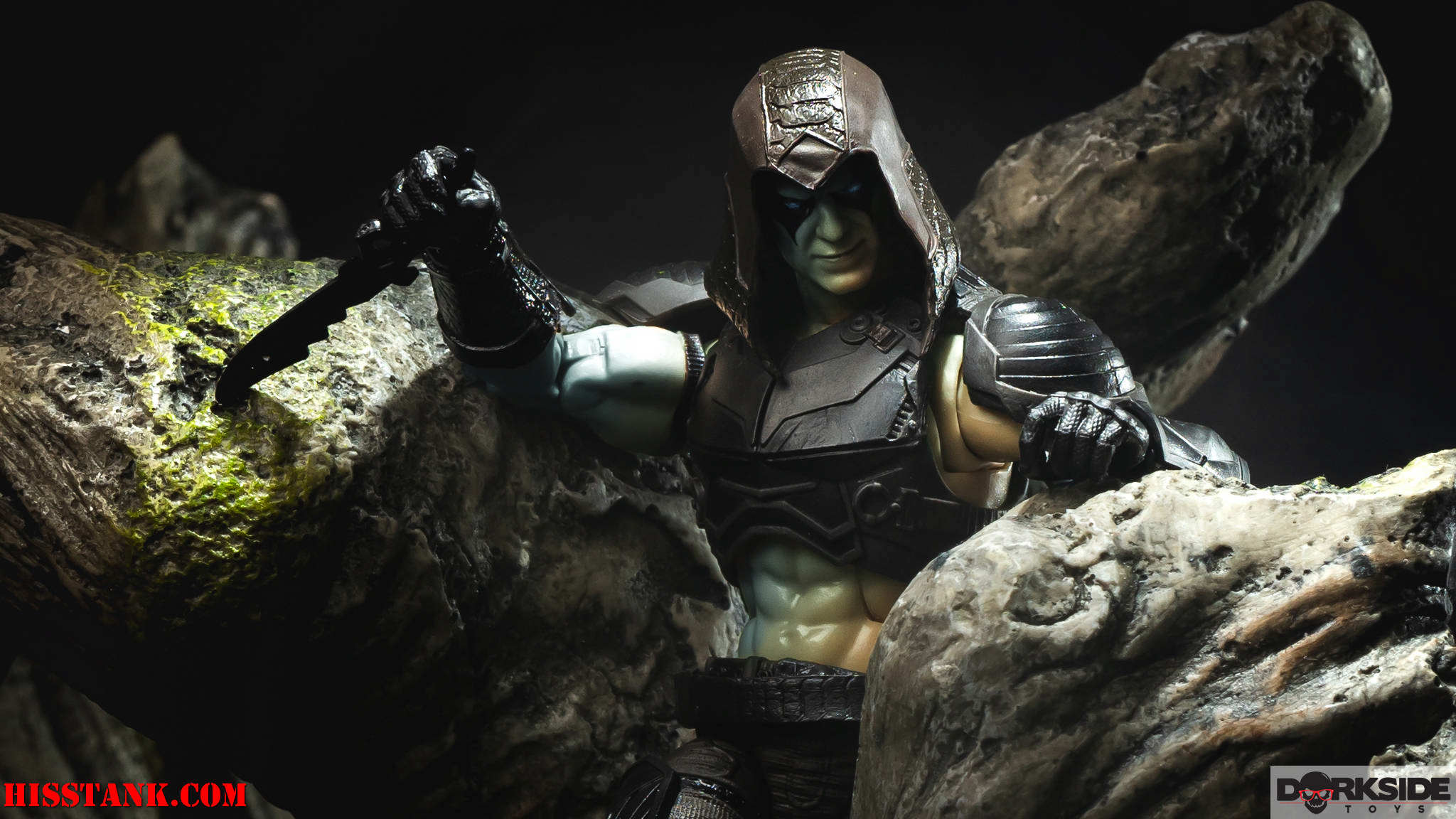 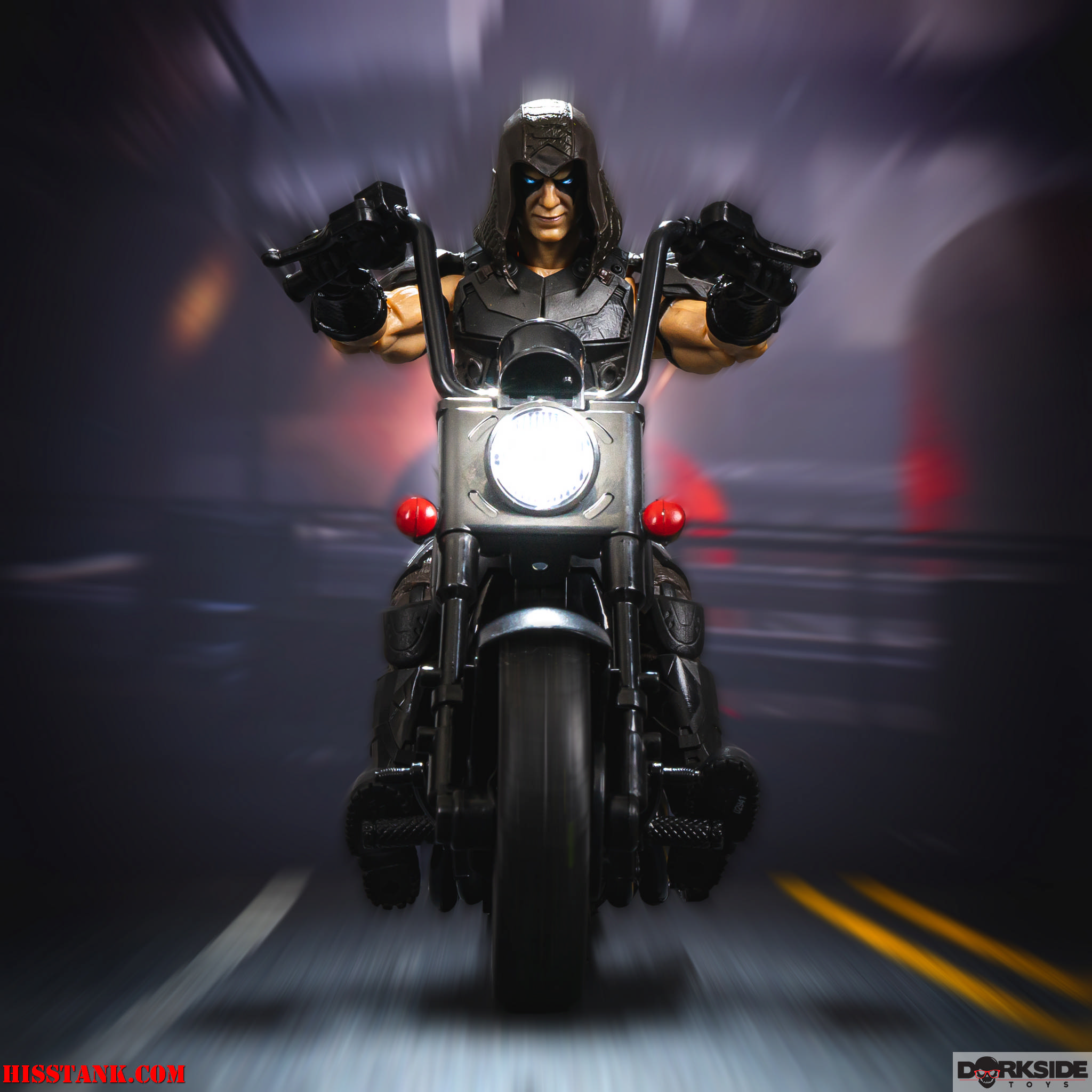 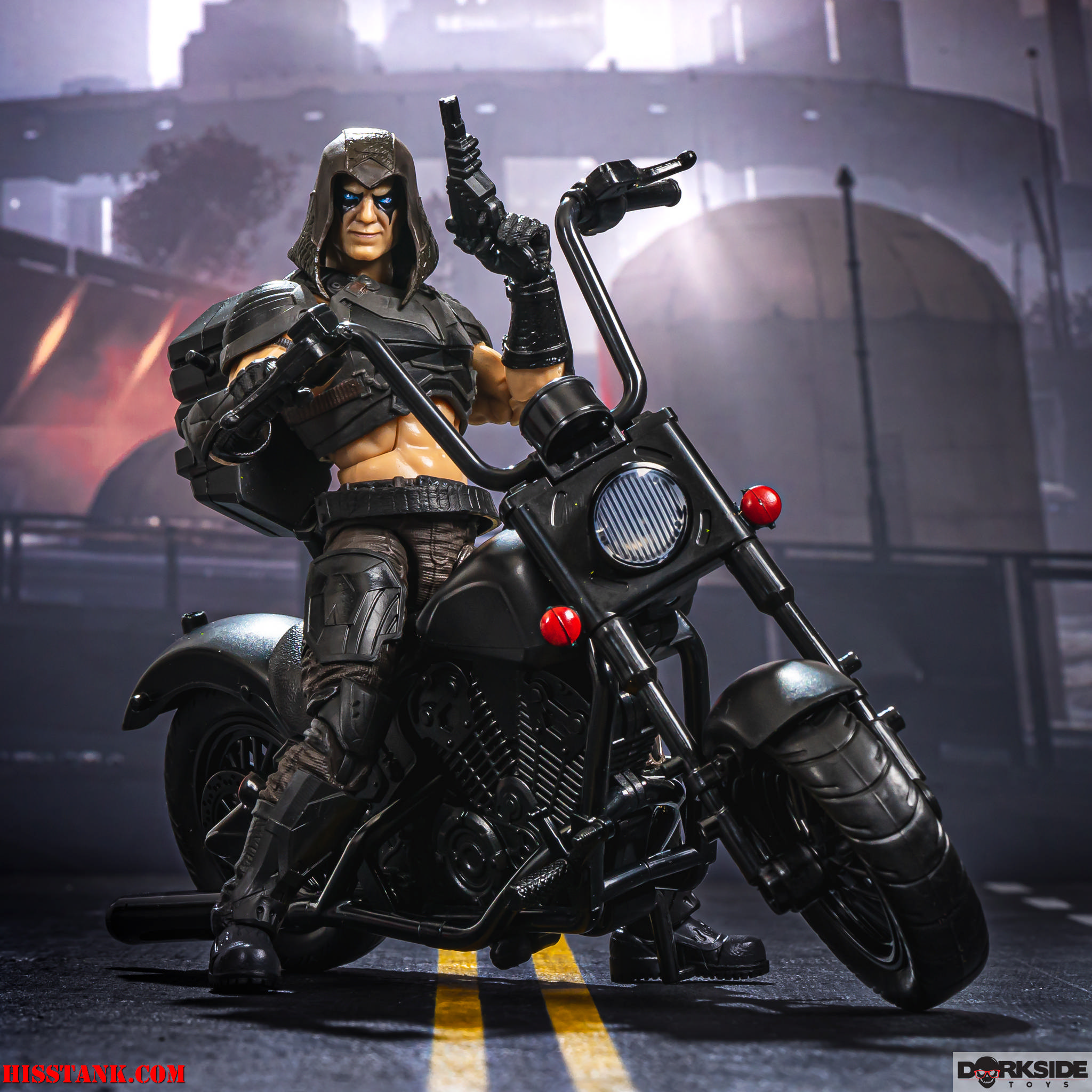 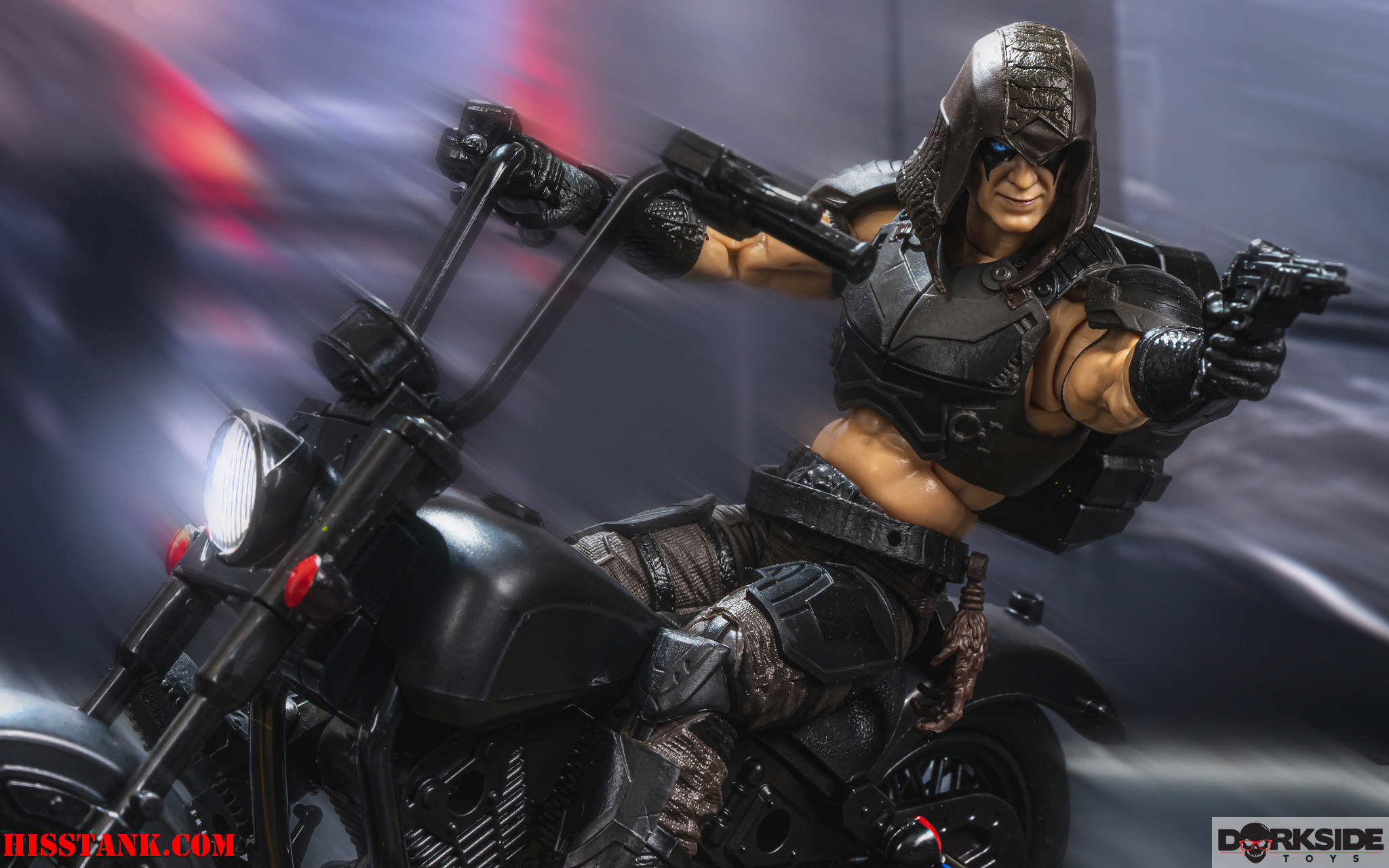 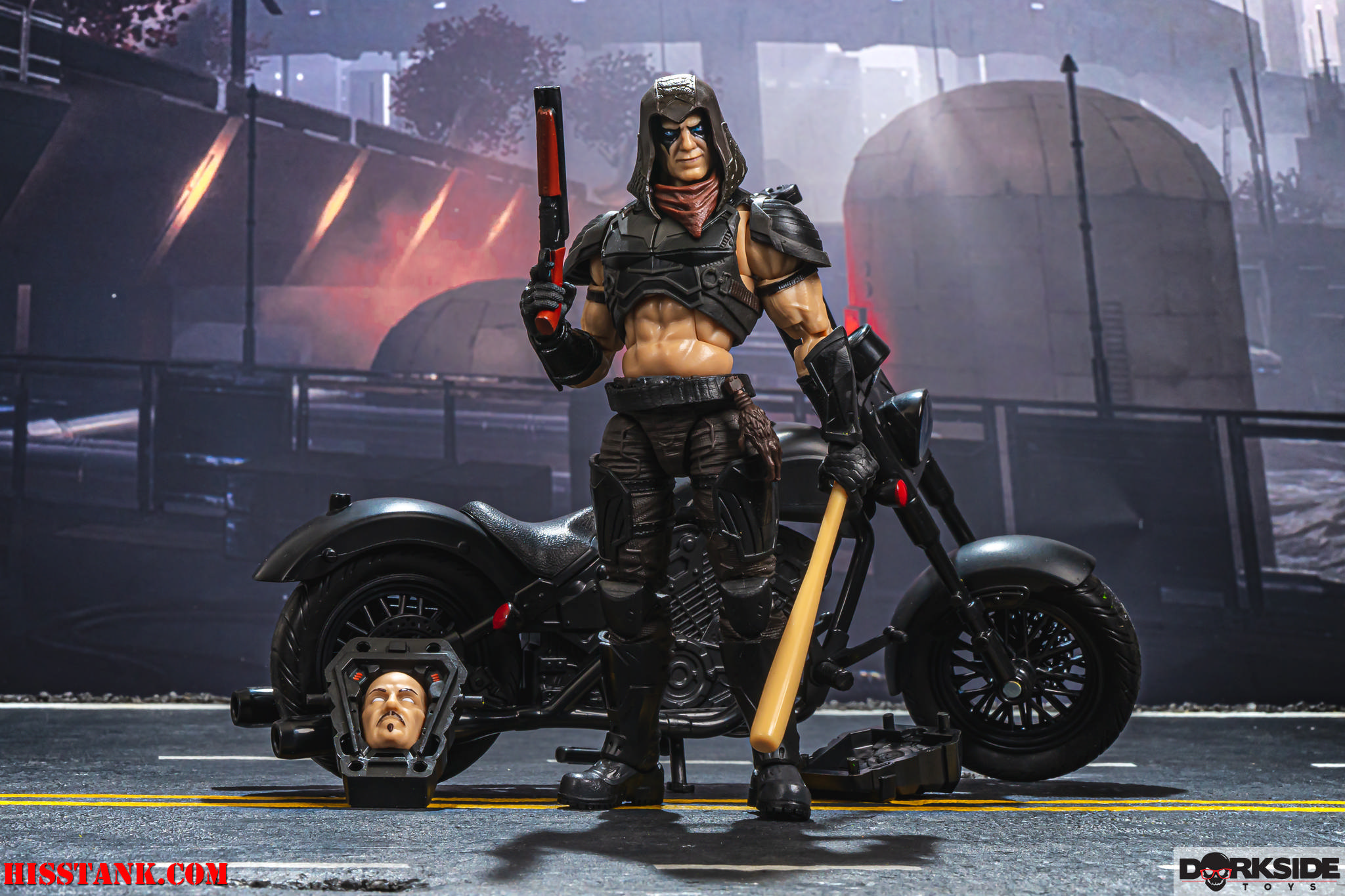