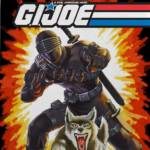 We have received a word from Paramount’s side that G.I. Joe: Snake Eyes has been moved from pre-production stage to production.

Furthermore, the title has been revised from just ‘Snake Eyes’ to ‘G.I. Joe: Snake Eyes’. This move may have been done in order to avoid confusion with the famous 1998 Nicolas Cage movie of the same name (also produced by Paramount Pictures).

Speaking of which, Hasbro’s own Allspark Pictures division will be co-producing the movie alongside Paramount.

Update: No director or cast member listed yet, but we hope to hear more info in an official capacity very soon.

Additional crew recruitment is currently in motion. If you are working in the entertainment industry, you may receive job openings (on your subscribed channels) to work for the movie. We received no word regarding extras.

Also, it is interesting to note that G.I. Joe: Snake Eyes carries the description “G. I. Joe Reboot Movie” from a story by Evan Spiliotopoulos. The movie is slated to release on March 27th, 2020.

Dungeons & Dragons movie will also be produced simultaneous to the new G. I. Joe movie for a 2021 release date.